This year marks the 130th anniversary of the General Federation of Women’s Clubs. On such a momentous occasion, we look back at 130 years’ worth of accomplishments and the women who helped to make them possible.

In December, we celebrated the achievements of Jane Cunningham Croly, the founding mother of GFWC. In the lead up to Women’s History Month, we applaud the thousands of women across the country who had the focus and drive to establish clubs in their own communities.

The response to this winter’s topic was astronomical. Although we immensely enjoyed reading each of your responses, we were unable to include a majority of the articles in this newsletter. However, it was clear that every club has an incredible story to tell of women with a determination to make a difference in their communities and around the world.

We hope you enjoy this selection of submissions.

On July 21, 1908, several women met at the home of Mrs. Charles Holmes. Meeting minutes describe women who were “feeling the need of that broad culture that comes from literary and social intercourse.” The need for comradery and self-improvement drove the women to establish the Grand Terrace Woman’s Club.

The 29 charter members elected Mrs. I. L. Oakes President, Mrs. A. D. Bell as Vice President, and Mrs. John Moon as Recording Secretary and Treasurer. Their initial committees included civic improvement, program, and entertainment. The chosen motto of the club was “not for ourselves but for all.”
On September 25, 1908, the Grand Terrace Woman’s club’s constitution and bylaws were written and adopted. Dues were set at 25 cents. In 1916, the club joined the San Bernardino County Federation. It was not until 1925 that the group federated with the California Federation of Women’s Clubs and GFWC.
The founding of the Grand Terrace Woman’s Club is unique in that Grand Terrace was not yet an established city in 1908. The area was agrarian, and the city that now claims 13,000 residents was primarily populated with orange and walnut groves.

The Grand Terrace Woman’s Club has been active in their small community for 112 years. Clubwomen founded and continue to support local schools and public libraries. They rallied for stop signs and helped raise money for a public pool and equipment for the fire department. They gave scholarships and helped families in need. 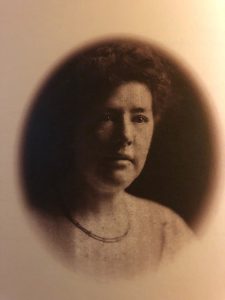 In the summer of 1894, Mrs. Anna Willits and Miss Margaret Bancroft had a revolutionary idea. The two women were accomplished leaders in their community of Haddonfield. Willits, a widow, was known for her generosity and consideration for others. Bancroft founded and ran a groundbreaking school for children with special needs. Despite their accomplishments, the women were frustrated with their societal positions and believed a women’s club was needed to help hone the leadership skills of women throughout their community.

Inspired to act on their idea, the two women reached out to other like-minded and progressive women in the small Quaker town. On September 21, 1894, twelve women congregated in the home of Miss Bancroft to form The Haddon Fortnightly. The club formed with the mission “to establish in Haddonfield a center for the promotion of the educational, literary, and social interests of the community.”

At the beginning, membership was limited to twenty-five. Meetings were held at members’ homes on the first and third Friday afternoons each month. Members also met one evening per month for a club tea. Each member brought her own cup, saucer, plate, and spoon for refreshments.

In 1985, the Treasurer’s Report stated expenditures of $61.91, with a balance of $10.92. One hundred years later, the women of The Haddon Fortnightly owned their own building and had added an evening department and a Junior club. In 1985, they reported expenses of $83,951, with a fund balance of $77, 512 in cash, CDs, and stocks. The women had also added civic causes to their mission and used their funds to serve the interests of their community.

On September 21, 2019, The Haddon Fortnightly opened the doors of their clubhouse to past and present members, community leaders, and other special guests in celebration of their 125th Anniversary. They recalled and honored the wisdom and prescience of their founding members.

In the summer of 1930, the Great Depression had begun and the women of Chagrin Valley Ohio sensed that a dramatic change in their way of life was about to occur. The feeling prompted the meeting of Mrs. L.B. Kent, Mrs. Sam Ridge, Mrs. George Arthur, Mrs. Frank Stanton, Mrs. Floyd Cathan and Mrs. B Bayard. The women were determined to form a club to cater to the interests of women and their community.

After asking others to join them, the women studied the materials of the General Federation of Women’s Clubs and drafted a constitution and bylaws. The Chagrin Valley Woman’s Club’s certificate of membership from GFWC was issued in April 1931, and Lucille Arthur was elected the first president. Initial areas of membership interest included gardening, home arts, and citizenship.

From 1934–1938 the club held a Home & Garden show in the Chagrin Valley Town Hall. In their first year, clubwomen were delighted to be able to begin a scholarship fund with the fifty dollars they raised.

By 1951, the clubwomen formally decided to create an endowed scholarship fund and disburse money to local students who needed help with college expenses. The decision meant an increased need for focus on fundraising efforts.

To this day, that focus persists. The Chagrin Valley Woman’s Club continues to serve their community while honoring the early members who worked to educate children during difficult times.

In Honor of Cec: The Heritage League 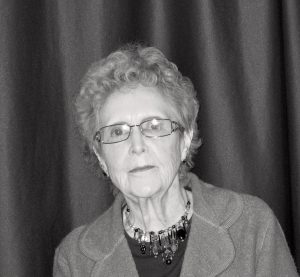 In 1966, the charter members of The Heritage League found themselves feeling too old for their Junior Woman’s Club but too young for the already established Woman’s Club in Lincoln, Nebraska. The women, who were all close friends, decided to form a new woman’s club for women within their age group.

During their first two years, the women met monthly. Although they knew they wanted to serve their community, they grappled with finding projects that they felt were meaningful and successful. However, in September of 1973, Cec Cather, a charter member of the club, presented the idea of holding a Holiday of Trees event.

Only two months later, the women were prepared for their first Holiday of Trees. The event featured a bake sale and ten trees that were decorated by individuals in the community. The cost of entry was $1 per person. Freshly cut trees were donated by various community groups, and the tree decorators, which included the Mayor’s and the Governor’s wives, only had to bring their decorations. In their first year, The Heritage Club solicited enough donations that they were able to donate $1,000 to the newly opened St. Elizabeth’s Hospital Burn Center, donate money to various community groups, and use the leftover funds to support club activities.

Over the years, Holiday of Trees has expanded to include multiple events and activities. Clubwomen vote each year on a local organization to receive earnings from the Holiday of Trees event. Since 1973, The Heritage League has donated more than a quarter of a million dollars to local charities through proceeds from the event.

Today, Cec Cather remains an active member of the Heritage League. This year, the club celebrated its 47th annual Holiday of Trees, and the admission price is still $1. Cec Cather attended and sold raffle tickets. 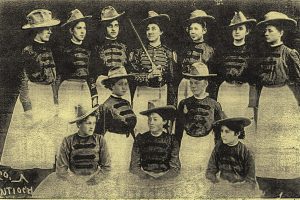 In the early 1900’s, 15 ladies began to gather weekly to discuss their community and its needs. The women decided to form a club to ensure that those needs were acted upon and prioritized within their community. In 1902, those women officially formed the Woman’s Club of Antioch. They pledged “to improve and beautify the town, to do any business which shall promote the educational, industrial, benevolent, social, or political welfare of its members or the community at large.”

The Woman’s Club of Antioch is extremely proud to be a part of something greater than themselves for the past 118 years, and for making a difference in the lives of their club members and community.