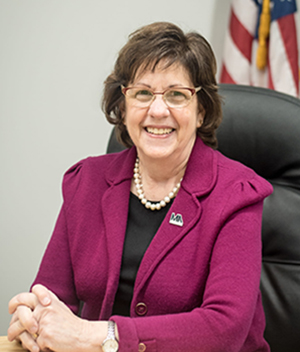 A dedicated clubwoman since 1985, Wendy has been involved in volunteer and leadership opportunities throughout her community, state, and Region.

Wendy served as GFWC North Carolina Director of Junior Clubs (2000-2002). She then served as a State Officer from 2004 until serving as State President (2012-2014). During her Administration, a new membership video was distributed to clubs across North Carolina. “Feed the Future,” the President and Director of Juniors Special Project’s goal was met and exceeded, with over 17 million meals provided to food-insecure children. She led the GFWC Communication and Public Relations Committee as Chairman (2014-2016), and served as GFWC Treasurer (2016-2018), GFWC Secretary (2018-2020), GFWC Second Vice President (2020-2022), and is currently serving as GFWC First Vice President (2022-2024).

An an advocate with Victory Junction Camp, a camp for chronically-ill children, Wendy is on their speakers’ bureau, and provides handmade bears for campers to take home.

Wendy is highly respected in her community. She was elected to the Mount Airy City Schools Board of Education in 1996, where she served as Chairman (2004-2018). She is committed to serving the students of North Carolina.

The owner of Wendy Jane Creations and Megan’s Mutt Munchies, she stays busy creating and baking. Married for 45 years to her husband, Chip, they have two daughters, a grandson, and several grand dogs and cats.