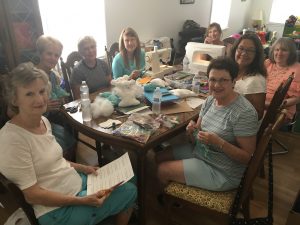 Members from the GFWC Western Fairfax County Woman’s Club (Virginia) got a head start on their Advocates for Children Week project by making 125 “comfort” bears for distribution to babies and young children receiving Emergency Room medical care at the INOVA Fair Oaks Hospital. The bears were the handiwork of their talented crafters who devoted their time and skills in making them bright, cheerful, and soft as a warm hug.  When the bears were delivered on August 11, 2018, INOVA Fair Oaks staff said that the bears are sure to bring a smile and comfort to both children and their parents. 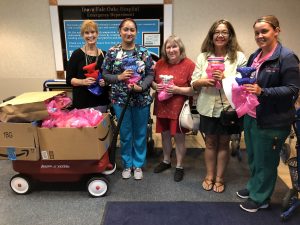