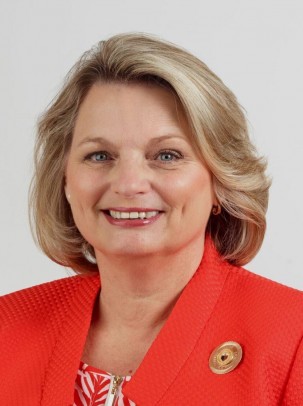 A passionate and energetic clubwoman since 1989, Marian currently serves as President-elect. She has been a member of the GFWC Board of Directors in succeeding administrations since her 2002-2004 term as South Carolina State President, serving as Bylaws Committee Member, Conservation Beautification Chairman, Leadership Committee Member, Treasurer, Secretary, Second Vice President, and First Vice President. She has also assisted with LEADS, presenting, “How to Write a Great Speech.”

GFWC Illinois is pleased to have Trisha Schafer serve as the 2018-2020 GFWC Director of Junior Clubs. Trisha has been a GFWC member for 29 years. She was first a member of the Nebraska Federation in a General Club where she served as Vice President and President from 1989-1990. At the same time, she belonged to a state-wide Junior Club. Trisha served as the Junior Public Relations Chair at the Nebraska State Level from 1990-1991.