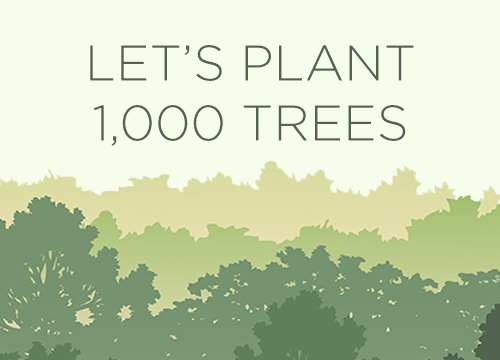 The Arbor Day Grand Initiative might be new, but GFWC’s celebration of Arbor Day and forestry can be traced back to its earliest days! GFWC’s March 1908 Federation Bulletin highlights Arbor Day planting events, such as how clubwomen in Illinois distributed penny packages of seeds to school children, while clubwomen in Pennsylvania made school-gardens out of vacant lots.

The same magazine shares how Enos Mills, a naturalist and the “Father of Rocky Mountain National Park,” spoke at GFWC’s St. Paul Biennial in 1906, where he earnestly asked every woman there to “be a forest friend, and be one now!” Take Arbor Day as an opportunity to do just that!

The goal of the Arbor Day Grand Initiative is to plant 1,000 trees across the country. Put on your garden gloves, pick up your shovel, and help make that goal a reality. Send your success stories to pr@gfwc.org. 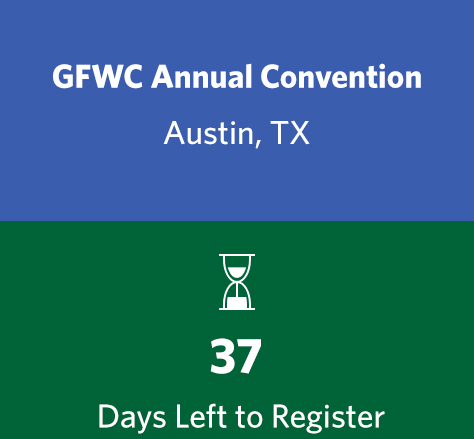 Register for Convention and make memories with us. This year, the GFWC Juniors are hosting an evening of musical competition at the GFWC Annual Convention in Austin, Texas. The Lip Sync Challenge Fun Night on Saturday, June 29 will feature eight groups of clubwomen battling it out for the honor of the GFWC Lip Sync Champion title.

Cheer on your fellow clubwomen as they dazzle and entertain, lip-syncing the greatest hits. Who will take home the glory? Join us and vote for your favorite! Register for Convention to witness a night of music battles you won’t forget.

Parliamentary Procedure has been vital to GFWC meetings and conventions since our beginnings. Methods of running clubs and meetings and official rules of conduct were first developed in the 1890s when Jane Cunningham Croly established exploratory committees on the federation of clubs across the country. No object embodies this reliance on procedure and tradition better than the gavel.

The gavel has traditionally been used to mark the opening and closing of each Annual, State, and Regional Convention, as well as the start of each new Administration. Jane Cunningham Croly’s 1898 book The History of the Woman’s Club Movement in America details the gavel presented to the second International President Ellen Henrotin at the Convention in Atlanta in 1894, GFWC’s first one held in the South. Carved out of wood from the battlefield of the Battle of Chickamauga, the gavel was gifted by Georgia Sorosis, whose president told President Hentotin that “it was shot into by both armies in the effort to dissolve the union of a great nation. Now it represents ‘Unity in Diversity,’ and it is most appropriate it should be used on this occasion.”

The WHRC currently maintains a collection of 14 gavels. Appropriate to 2019’s Annual Convention, our oldest gavel was a gift of the Texas Federation. They commissioned Peter Mansbendel to carve a gavel commemorating a native Texan as GFWC International President. It was presented to International President Anna Pennybacker (1912-1916) for use at the 1914 Convention in Chicago. It depicts four nude women symbolizing “woman’s service to humanity.” The gavel is particularly special because it was used during GFWC’s final vote to endorse the suffrage movement in 1914.

To learn more about the other gavels in the WHRC’s collection, please visit our collections page and search “gavel.” 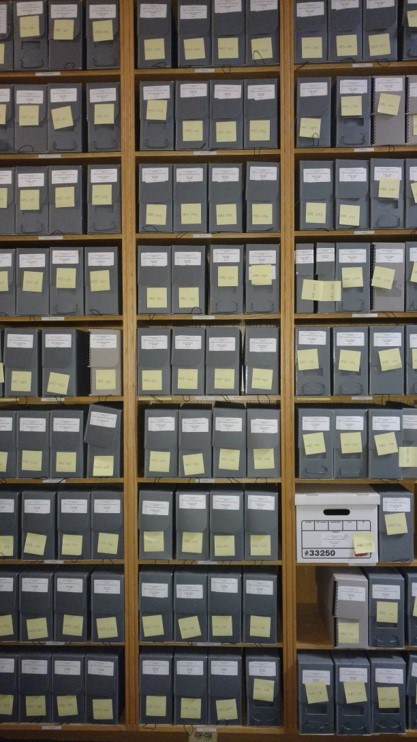 This week, April 21 – April 27, is Preservation Week. The week-long observation is a way to encourage libraries and other organizations to focus on collections care to ensure nothing gets lost, damaged, or becomes obsolete.

GFWC clubs who’ve been around for decades might have years’ worth of collected history. Preserving that history is an important way to keep the club’s legacy intact. Past issues of News & Notes have featured Curator’s Corner articles about preserving scrapbooks and quilts. Use our tips to preserve your club’s past for future generations. And remember to search the Women’s History and Resource Center’s Online Catalog for photographs, publications, art, and artifacts in our collection.

Entries for GFWC’s Croly Award must be emailed or postmarked by next Tuesday, April 30. The award recognizes journalists who’ve made strides to counteract sexism or highlight the strength of women. Share the application with journalists in your community.

Parliamentary Pointers: It’s Not in Robert’s Rules of Order, But Did You Know…

Last week we sent our condolences to Past Wisconsin State President (1994-1996) Lois Stanton on the passing of her husband, Tom. We apologize for printing her title and not her name. 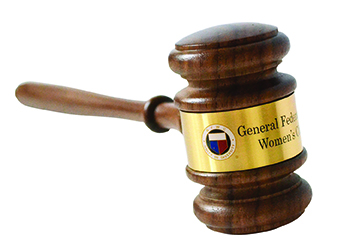 Club leadership will be sure to get everyone’s attention with this beautiful American Walnut-finished gavel. Get yours for $30 in the GFWC Marketplace.