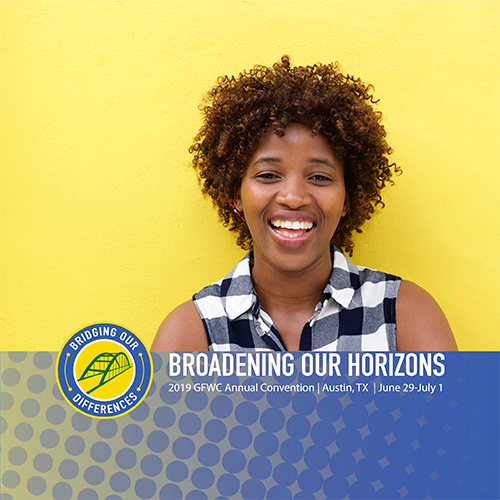 What to Expect from the 2019 GFWC Annual Convention

Being a first-time attendee of an event can be an overwhelming experience, but it doesn’t have to be! If you’re going to GFWC’s Annual Convention for the first time this year, use these tips to make the most of your convention experience!

Whether you’re a first-time or seasoned attendee, use our Convention Facebook frame on your profile photo to show your excitement and encourage your Federation sisters to join you in Austin. Register by April 15 to get the Early Bird rate!

Plan Ahead for Arbor Day

For the Arbor Day Grand Initiative, we’re encouraging you to help us plant 1,000 trees to do our part in improving the environment. But there’s a lot to figure out before you get started; be prepared this Arbor Day and consider these steps:

Keep these steps in mind to have a successful Arbor Day experience. Use our press release to spread the word and encourage your community to plant even more trees!

April is Child Abuse Prevention Month and it encourages communities to promote healthy development for children. Everyone can make a difference!

What Can You Do?

Children deserve a good childhood, free from abuse and neglect. Take action this April and show your support for Child Abuse Prevention Month! 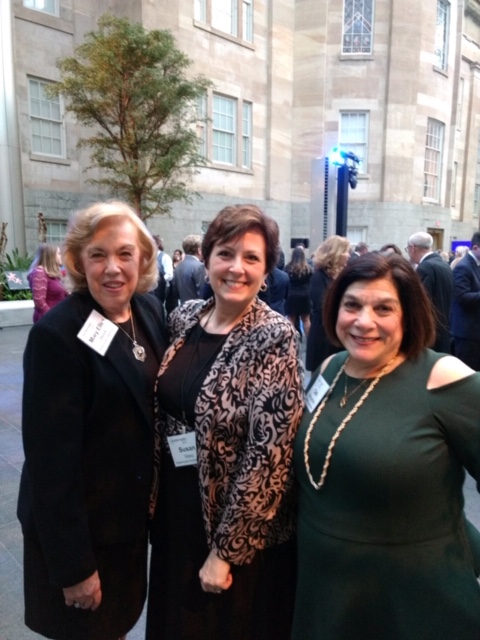 On Wednesday, March 27, GFWC International President Mary Ellen Brock and First Vice President Deb Strahanoski were proud to attend the 100th Anniversary Celebration Dinner of Easterseals at the National Portrait Gallery in Washington, D.C. Previously a partner of GFWC, Easterseals continues to celebrate 100 years of impact by working toward a future where everyone is 100% included and 100% empowered.

Our thoughts are with 2018-2020 GFWC Membership Committee Member Susette Redwine on the passing of her mother, Nancy Jane Dalton, last week.

Our condolences to 2018-2020 GFWC Credentials Committee member Peggy Barnes on the loss of her mother, Martha “Lavene” Thompson, this week.

April’s #ThankYouTuesday theme is “Spring Into Membership” and asks you to think of ways you can put the spring back in your club’s step! Share your ideas on our Facebook post.

Each constituent unit has its own way of choosing delegates. Hopefully, a club may be able to offer some financial assistance to the delegates representing them. Those eligible to be delegates to the GFWC Annual Convention are detailed in GFWC Bylaws, Article VIII, Section 8.2, Representation. Your state has specific rules for delegates to the state convention.

Before each Convention, each club will receive the proposed bylaws amendments that will be voted on at Convention. Sometimes they will also receive proposed resolutions and/or proposed changes to resolutions. It is the duty of a delegate to be familiar with this material before getting to Convention. Optimally, at a club meeting prior to convention, members will be made aware of these proposed amendments/changes and have the time to discuss them. If a club is opposed to one of the suggested changes, it may instruct its delegates to vote against a particular bylaws amendment or resolution. A delegate representing a club must represent the interests of a club and if instructed to vote for or against an issue must do so. In many cases, a delegate is allowed to vote her conscience while still keeping in mind the interests of her club.

The proposed amendments to the GFWC Bylaws and Resolutions are in the latest Clubwoman Magazine that each club and subscriber receives. Delegates should bring their magazines with them to Austin, as no copies will be available at the business sessions.

When a delegate gets to Austin, it is her responsibility to register at the GFWC Registration Desk. At that time, she will receive her credentials and meal tickets. Delegates should look through all materials before the business sessions begin.

A delegate should be seated at each Business Session ten minutes before the session is scheduled to begin. She should have her Clubwoman Magazine with the proposed changes to Bylaws and Resolutions and paper to take notes. These notes will be very helpful when she goes home and prepares a report for her club. At the first general club meeting after Convention, she should report the business that was conducted, as well as the other activities that make a GFWC Annual Convention so much fun. 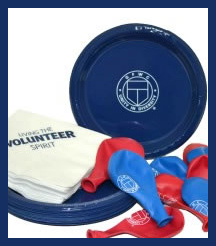 Whether you’re having a picnic to celebrate Federation Day or you’re having a membership recruitment event, GFWC’s party kit makes it easier than ever to be a hostess. For $10, you can get 20 plates, 20 napkins, and 10 balloons, all branded with GFWC spirit! Get your party kit in the GFWC Marketplace.