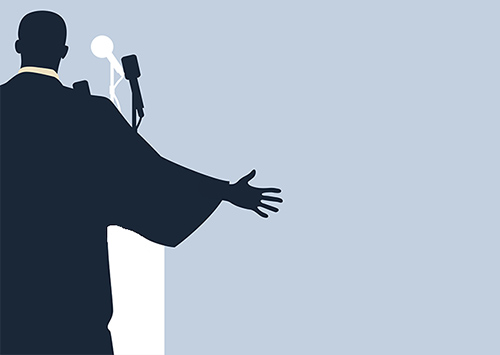 What “Great Way” Are You Leading Your Community?

January 21, the Martin Luther King, Jr. Day of Service, is just over a month away! Let Dr. King’s spirit inspire your club’s day of service: “If I cannot do great things, I can do small things in a great way.”

The work of the foot soldiers of the Civil Rights Movement, the volunteers who advocated for justice, show us that doing a “small thing in a great way” can help pave the way for great things with an enormous impact. While King and other leaders helped focus action, it was the protestors in Birmingham, the thousands who stood on the Mall for the March on Washington, and the fearless students who participated in the Mississippi Freedom Summer, who pushed through the passage of the Civil Rights Act of 1964 and the Voting Rights Act of 1965.

From within a Birmingham jail cell, King wrote that “real heroes” embodied, fought for, and carried out the American Civil Rights Movement. The value of service in his name continues today. Install a Little Free Library® and introduce your community to books written by diverse authors and featuring diverse characters, or collect cold weather items for a local school to give to students in need. The possibilities are endless for your club to make a “great” difference. 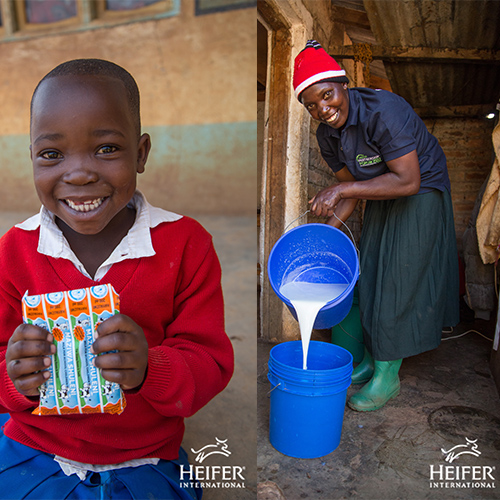 This time of year, we enjoy many celebrations of the holiday season: lights, music, and cookies. And nothing pairs better with cookies than milk! Through the special partnership between GFWC and Heifer International, you can make sure children in Tanzania receive daily servings of delicious and nutritious milk. For many years, Heifer’s focus in Tanzania has been on increasing the amount of milk produced by small farms. With production increasing each year, and with new milk-processing facilities, there’s now a source of healthy milk available to schools and children who haven’t been able to access pasteurized milk. In this project, with the support of generous GFWC clubwomen, Heifer works with farmers and dairy producers to process the milk and package it for schoolchildren. Your gift of $72 ensures that a student will receive a daily serving of milk throughout the school year.

GFWC offers grants of up to $200 to help your club meet the literacy needs of your community. Whether you’re purchasing books for tutors or supporting a literacy program, these funds exist to give you a good start. We have a new schedule below:

Apply by January 1 to be considered for the Winter Literacy Grants! Find the application on our website, and don’t forget to take advantage of the other great grant opportunities we offer. 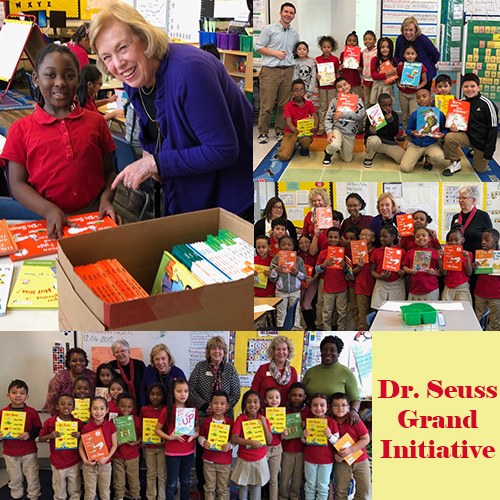 GFWC International President Mary Ellen Brock and her Special Assistants visited Dorothy I. Heights Elementary School in Washington, D.C. with almost 250 Dr. Seuss books that clubs have donated to GFWC Headquarters. It brought smiles to the students and was rewarding to see the Dr. Seuss Grand Initiative in action!

The overlap of Presidents Ahlgren and Chapman is both fitting and synchronistic. Last month’s online collection uploads explored the international peacekeeping efforts of President Ahlgren and commencement of the campaign to restore Independence Hall in Philadelphia. When Helen Chapman assumed the Presidency in 1954, she picked up the reigns from Mrs. Ahlgren and helped expand her legacy while still forging her own path.

Helen Bush Chapman was introduced to GFWC through the Beverly Hill Junior Woman’s Club in Chicago, which she joined in 1928. In 1938, Mrs. Chapman moved to the 20th District of the Illinois Federation of Women’s Clubs where she began assuming leadership roles, including state president of GFWC Illinois from 1945-1947. When Helen was elected GFWC President in 1954, she became the first GFWC President to enter the organization through Junior Membership.

During President Chapman’s term, she oversaw the completion and dedication of the Independence Hall renovations, as well as hosted the first actual International Convention in 1955 which was split between Philadelphia and Geneva, Switzerland. Chapman’s tenure included much international travel, including a trip to Cuba, which is detailed in her scrapbooks. During her term, Chapman was also concerned about the state of families and children in the U.S. Subsequently, she took on the crime-entertainment industry in order to clean up comic books, television, and radio broadcasts. She also lobbied for narcotics laws and the creation of youth centers.

You can view Helen Chapman’s scrapbooks in the online catalog under the search term “SCRAP.”

First Step Act
The First Step Act (H.R. 5682) is a criminal justice reform bill that addresses many different issues in the criminal justice system. Some of the issues tackled in this bill include recidivism, mandatory minimum sentences, healthcare needs, and opioid abuse treatment. The bill also addresses many issues that women face in prisons. The use of restraints on pregnant women and women in postpartum recovery would be prohibited, and tampons and sanitary napkins would be made available free of charge.

Justice Department and Bump Stocks
The Department of Justice announced that rapid-firing bump stock devices fall within the federal definition of machine guns and are therefore illegal. Bump stocks are accessories that allow certain types of firearms to fire as quickly as a fully automatic machine gun. Just over a year ago, bump stock devices were used to commit the massacre at the Route 91 Harvest Festival in Las Vegas where 58 people were killed and more than 800 injured in only 10 minutes.

Our condolences to GFWC Oregon Past State President Colleen Martin (1992-1994), whose husband passed away on December 7.

GFWC Headquarters will be closed for the holidays. As a result, the next edition of News & Notes will be published on January 10, 2019. We hope you have a wonderful holiday season!

And to Think That I Saw It on Mulberry Street was Dr. Seuss’ first children’s book, and it almost didn’t get published. After getting rejected by more than 20 publishers, he was prepared to give up hope and destroy the book. But then he ran into an old friend from college who had become an editor in the children’s section of a publishing house. That chance encounter changed his life.

Give to Success for Survivors Scholarship

It’s only through your support that GFWC has awarded more than $60,000 in scholarship funds to survivors of domestic violence who are pursuing higher education. Make a tax-deductible donation to the Success For Survivors Scholarship fund today to change more lives.

The GFWC Woman’s Club of Belpre (Ohio) can’t imagine Belpre without fifty years of contributions from Marion “Petie” Metz. Everywhere you look in their town, you can see the way she’s helped shape it. To learn more about her spirit and determination, read our newest Featured Member post.

If you know a clubwoman worth bragging about, let us know! Nominate her to be considered as a Featured Member on the GFWC website. Submit a list of her key accomplishments and anything else you think might be important to recognize her to pr@gfwc.org.

Parliamentary Pointers: A Motion for the Season

Merry Christmas, Happy Hanukkah, and a Happy New Year to All!

As 2018 winds down, we’re eagerly looking ahead to 2019! With GFWC’s new desk calendar, you can greet each month of the year with a beautiful moment in a fellow clubwoman’s life! From a Swallowtail Butterfly to Technicolor Mail, the winning photographs of the Year in Pictures Contest will bring vibrant color to your year. Get a desk calendar for $10 in the GFWC Marketplace!

GFWC Headquarters will be closed for the holidays beginning December 21, 2018, and will re-open on Wednesday, January 2, 2019. Orders can be placed at the Marketplace during this time, however, they will not be shipped until January 2. We appreciate your understanding!