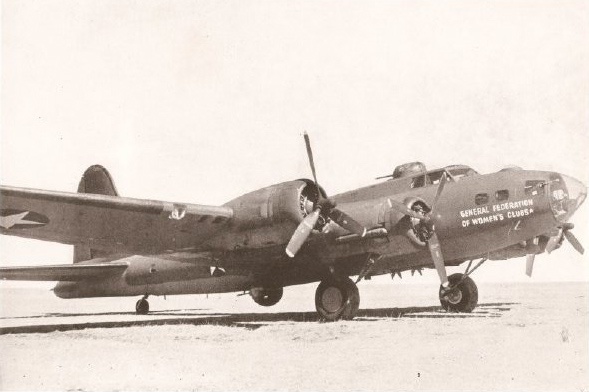 Today marks 75 years since the Battle of Normandy and the D-Day Landings, the most significant victory for the Western Allies in World War II. In honor of the anniversary, learn about the efforts GFWC made during the war!

As you commemorate the 75th Anniversary of D-Day, honor the fallen and remember all the incredible people, including GFWC clubwomen, who played a significant role during World War II. 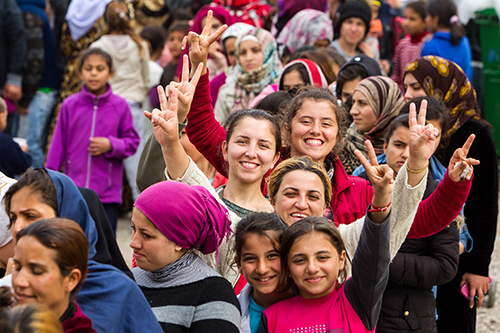 Thousands and thousands of people around the world are forced to flee their home countries to escape persecution and desperate poverty. They cross borders very quickly, often with nothing more than the clothes on their backs. Frequently, their feet are bare and exposed to highly contaminated soil, putting them at risk of infection, disease, amputation, and even death.

Observe World Refugee Awareness Month this June by participating in GFWC’s cooperative giving project with Soles4Souls. Even better: once you’ve registered on the Soles4Souls website, coordinate with your assigned Soles4Souls representative to ship or deliver your club’s donation on June 20 (World Refugee Day).

Convention registration may have passed, but you still have time to book your hotel room! The deadline for the GFWC room block at the JW Marriott Austin is June 12. Book your room now!

This summer marks the start of a year full of celebrating the ratification of the 19th amendment! Passed by Congress on June 4, 1919, and ratified on August 18th, 1920, the 19th Amendment ensured the right of women to vote and participate in democracy.

Over the next year, we will share stories of the efforts of suffragists, celebrating their slow and deliberate march towards equality. But first, we want to hear from you! Share your club’s story about suffrage––or what it has done to get out the vote. Submit articles that are no more than 500 words to WHRC Manager Alyssa Constad by July 8. Pictures are encouraged but not required. 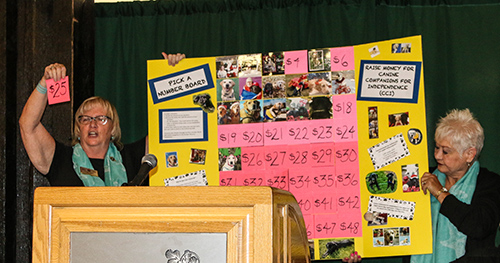 Missouri’s 2018–2020 State Projects encompass two areas: Canine Companions for Independence (CCI), GFWC’s Partner that provides service dogs free to their clients, and Missouri State Scholarships. Susan Gettys has raised two CCI puppies. Arden, the first one, is by the side of a Dallas area young man with multiple handicaps to help in any way that she can. Kuzco, the second, is in professional training in Irving, TX to become the best service dog possible.

GFWC Missouri has raised almost $3,000 to date; it hopes to raise $5,000 by May 2020 from several fundraisers. Clubs have been challenged to raise funds as well, such as passing around a cup at each meeting for donations (one club raised $115 that way). Plush dogs and “GFWC Supports CCI” pins are sold at all functions. Members picked numbers off of a Pick a Number Board and then made a donation in that amount (example: #10 +#15 = $25 donation). GFWC Missouri held a 50/50 raffle, selling $500 in tickets. The raffle winner then donated half of the money back to CCI, yielding an additional $375. Money that GFWC Missouri collects will go to the North Central Region Center in Ohio where CCI is building a new 16+acre state-of-the-art campus. This campus will provide guest rooms for CCI clients meeting their new four-legged partners, community and training spaces, and an enhanced dog kennel.

We send our condolences to GFWC New Jersey State President Mary Wolfe. Her brother, retired Colonel Ralph Squillace, passed away this week. He will be buried at the Arlington National Cemetery with a full military funeral.

June’s #ThankYouTuesday theme is “Graduation in Federation.” Graduation season and the start of summer invoke a sense of new beginnings. We want to hear about yours! Throughout the month, tell us what new beginnings your club has launched this Administration. Share your experiences on GFWC’s Facebook Page, @GFWCMembers.

GFWC is pleased to announce that Anita Chow has joined our staff as Finance Coordinator. She received her Bachelor of Science in Finance from George Mason University and is currently pursuing a master’s degree from Liberty University. Join us in welcoming Anita to GFWC!

The vote on a motion is usually taken viva voce, or voice vote. It can also be taken by a show of hands. If the president is uncertain of the choice during these kind of votes, she may call for a rising vote since it’s easier to see the will of the majority if people stand up. If there’s still uncertainty, the president will ask for a counted rising vote and have tellers count votes. No matter what voting procedure is used, the negative vote must always be called for, even if a question overwhelmingly receives an affirmative vote.

As soon as the president is sure of the will of the group, she announces either that the motion was adopted or defeated. The effect of the motion must be given after the result of the voting.

A ballot is usually used for important issues like the election of officers or amending bylaws. It must be certain that each member only receives one ballot and that all ballots are the same size and weight. 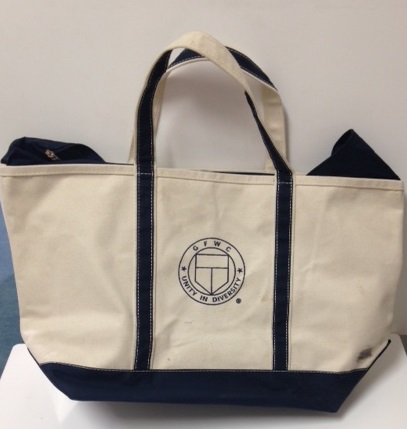 Whether you’re enjoying a beach trip, shopping around town, or traveling to the 2019 GFWC Annual Convention, this zippered tote bag will make it easy for you to be on the go without leaving things behind. Get yours for $30 in the GFWC Marketplace.