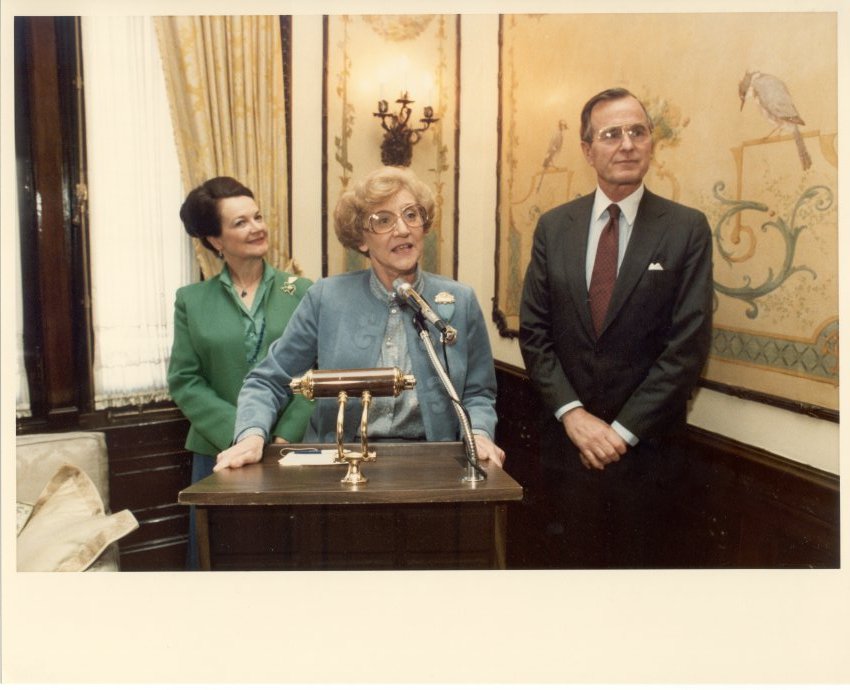 International Past President Juanita Bryant, with then Vice President George H.W. Bush and WHRC Chairman Lennie Sims, speaks at the opening of the WHRC on May 1, 1984.

Celebrate 35 Years of the WHRC

Yesterday marked the 35th anniversary of the opening of the Women’s History and Resource Center (WHRC). Over the last three and a half decades, the WHRC has filled the vital role of ensuring that the General Federation of Women’s Clubs’ 129-year history will be told through our collections.

In 1984, the GFWC archives were constructed through generous donations of both clubwomen and corporate donors. But did you know that our current archives space has a long history of being used for educational purposes? Affectionately referred to as the “spite room,” the area was originally constructed as a way to ensure privacy from neighbor’s windows which overlooked the carriageway of 1734 N Street. However, since its construction, the room has been used as a library, a space to display artifacts, to conduct research, and to store historical documents. When the space was officially opened as a part of the Women’s History and Resource Center in 1984, it was outfitted with archival shelving and temperature control, as well as space for research and writing.

Our archives and special collections are open to both clubwomen and the public so that GFWC’s story can continue to be told. Documents contained within the WHRC have helped to fill in the gaps of local clubs’ histories, have provided context to family members whose relatives were clubwomen, and have aided researchers in completing books, dissertations, articles, and exhibits. Our history matters, and it is crucial that we are able to continue sharing it. As we look towards the next 35 years, please consider making a donation to help us further our mission. Thank you for your support and generosity. Cheers to 35 years! 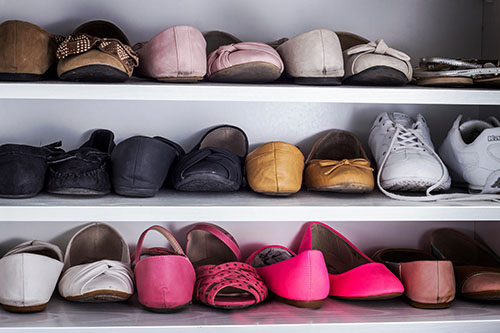 Clear Your Closet to Help Others

Summer is upon us and so is the season of capris and bright, floral, and fun dresses. As you buy new shoes to spruce up your spring/summer wardrobe, consider which pairs you no longer need! There are two ways that your club can participate in the 2018–2020 Used Shoes Grand Initiative:

Then, don’t forget to snap a photo of your members assembling the donations before drop off. Share your success stories with pr@gfwc.org to be considered for the Volunteers in Action blog. 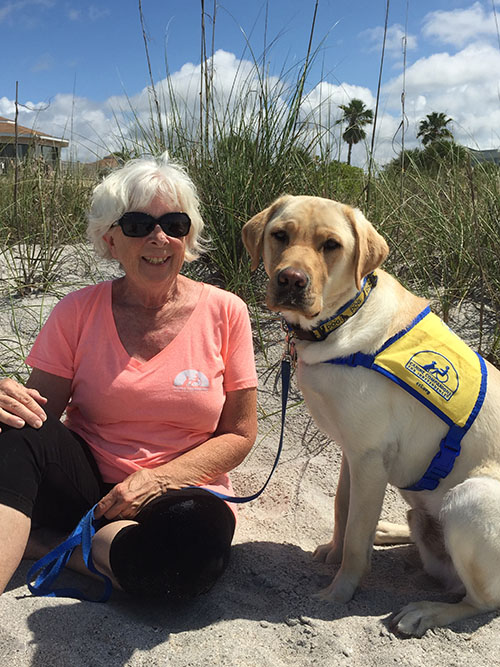 Brock at the Beach

Brock, the Canine Companion named after International President Mary Ellen Brock, is enjoying his last few days with his puppy trainer Betsy. They spent some quality time at the beach together. Brock will graduate this Friday, May 3 and begin his professional training. Watch his graduation ceremony live stream at 1:00 p.m. ET.

We send our condolences to Alice Kendrick, Past GFWC Kentucky President (2003-2006) on the passing of her husband, George on March 5.

Welcome an Honor Flight with GFWC

Please join GFWC in welcoming the next Honor Flight from West Central Florida on Tuesday, May 7 at 10:30 a.m. at the Air Force Memorial in Arlington, Virginia. Seventy-five veterans and their guardians will pay respects to the war memorials and you can help make the day a success.

Last week we incorrectly published that the Lip Sync Challenge Fun Night will take place on Friday, June 28 at the GFWC Annual Convention in Austin. It will actually take place on Saturday, June 29. Register for Convention so you can take part of this entertaining evening!

Parliamentary Pointers: The Rights and Obligations of Members

Congratulations! Just joined a new group and anxious to participate? You may also be anxious to know what you are and are not allowed to do. As a member, your rights include:

You also have obligations as a member. Some of these include:

Celebrate 35 years of the WHRC with the second edition of Rising to Light by Higher Things, which details the illustrious history of GFWC’s collections. All proceeds support the WHRC. Get yours for $15 in the GFWC Marketplace.