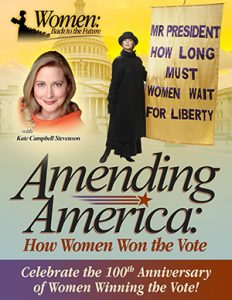 Join the Women’s History and Resource Center for the 2020 Women’s History Month Event on March 5 from 2:00–4:00 p.m. with an illuminating performance from Kate Campbell Stevenson. Having starred in more than 30 off-Broadway musicals, Stevenson’s one-woman show will celebrate the history that led to women’s right to vote with the passage of the 19th Amendment. Stevenson’s performance will highlight First Lady Abigail Adams and other powerful advocates that were part of the forgotten history of the suffrage movement. 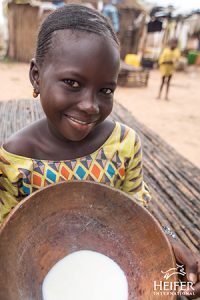 GFWC and Heifer International share a common desire to make life better for our neighbors worldwide. GFWC has supported Heifer projects for decades, and to date, GFWC has raised over $100,000 since May 2018 towards fulfilling Heifer’s School Milk Project.

With the help of clubwomen, Heifer has fully funded the Heifer School Milk Project as well as created additional child nutrition projects with milk and dairy components in numerous countries. A daily serving of dairy for a student provides high-quality protein, vitamins, and nutrients needed for healthy minds and bodies—empowering them to focus on learning instead of hunger.

Through projects in Kenya, Nicaragua, Ecuador, Rwanda, and Honduras, Heifer is creating opportunities not only to help dairy farmers through training and connecting them to markets; they are also increasing the nutrition for hungry children and their families in these communities. It’s through the dedicated efforts of GFWC members that makes this life-changing work possible.

During your holiday endeavors, visit www.heifer.org/gfwc to see what blessings you can bestow on hungry families this year. Whether it’s sponsoring a fundraiser or shopping through Heifer’s gift catalog, GFWC’s dedication and giving spirit rises to the occasion to create change in communities around them.

A new feature has been added to the GFWC Member Portal that allows you to renew your one-year GFWC Clubwoman Magazine subscription online! Once logged into the portal, go to the Marketplace tab and then select “Education Add-Ons.” A one-year Clubwoman subscription should then be the only option on the next page.

Do you ever worry about someone getting hurt or property being damaged during a club event? Protect your club from liability claims by purchasing insurance coverage. No matter how many fundraising dinners, festivals, and other events your club organizes, you can worry less about whether you are covered and focus more on the success of your event.

AH&T also offers Directors & Officers liability insurance which offers your club protection should officers cause damage to club assets from alleged or actual wrongful acts on their part. 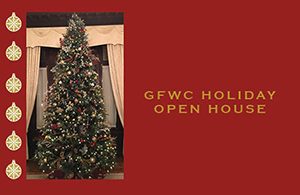 You’re invited to GFWC Headquarters on December 4 for our annual Holiday Open House from 3:00–6:00 p.m. Register now! If you’re registering as part of a group, contact Jennifer Simpson. 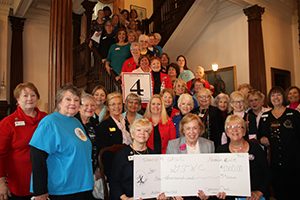 The 2020 Success for Survivors Scholarship is now open! Spread the word among your family and friends to reach survivors who may be interested that the application deadline is February 7.

In honor of Veterans’ Day, a short history of Henry Robert’s time in the army

Henry Martyn Robert (1837–1923) graduated from West Point with honors, ranking fourth in his class. During the Civil War, he was assigned to the Corps of Engineers and worked on the defense of Washington, D.C., Philadelphia, and several New England ports.

He served as Engineer of the Army’s Division of the Pacific from 1867–1871. In 1873, he was re-assigned to Milwaukee, Wisconsin to supervise the building of lighthouses on Lake Michigan. The winter of 1873–1874 was so cold that engineering projects were put on hold. He used this time to take the research he had done on parliamentary procedure and produced a short book. As was the custom of the day, he self-published the book and then found a publisher to sell and distribute it. The 4,000 copies were sold out in three months.

In the late 1880s, President Grover Cleveland appointed Robert to head a group of engineers to select the best place for a port in the western Gulf of Mexico. He chose Galveston, Texas. The work there lasted until 1895, and he was promoted to colonel.

In 1901, President William McKinley rewarded Colonel Robert for his 44 years of service by promoting him to Brigadier General. This was done as a way of boosting his pension, as Brigadier General Robert retired from the army two days later.

Robert worked on engineering projects for the army all over the country, and the work he did in Galveston is considered one of the finest water boulevards created. He is buried in Arlington National Cemetery.

Robert’s Rules of Order has been researched and edited many times since it was first published in 1876. It is the most-used reference book on parliamentary procedure in the world. 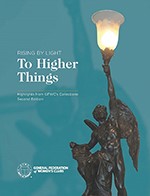 Come to the Women’s History Month Event more knowledgeable about GFWC’s history. The WHRC Collections Book is the perfect coffee table book to start a conversation anytime someone visits! Detailing over a century’s worth of the organization’s history, it’s a simple recruitment tool that will have your guests wanting to be a part of that history. Get your copy for $15 in the GFWC Marketplace.

Volunteers in Action: GFWC West Side and GFWC New Jersey