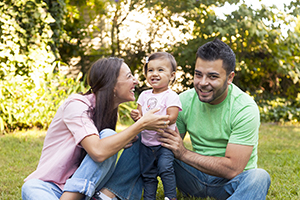 There are only 10 days left to plan your club’s project for GFWC Advocates for Children Week (October 20–26)! Finalizing all project details in advance will allow you to distribute a more informative press release to local reporters. See our press release template under “P” Resources.

If your club still hasn’t selected an Advocates for Children Week project, consider these ideas:

We look forward to hearing how your project went! Send your Volunteers in Action success stories to pr@gfwc.org to be considered for the GFWC Blog.

Volunteers in Action
GFWC Colorado and its partnership with Mesa Verde National Park is featured on the GFWC’s Blog.

Quarter Dollar Coin Program Act
Women’s History and 19th Amendment Centennial
GFWC strongly supports the passage of H.R. 1923 and S. 2427, The Women’s History and Nineteenth Amendment Centennial Quarter Dollar Coin Program Act. These bills will celebrate the centennial of the 19th Amendment by honoring the contributions of prominent women from each state, the District of Columbia, and U.S. territories. Similar to the 50 States Quarter Program, the Women’s History and 19th Amendment Centennial Quarter Dollar Coin Program Act would create a new series of commemorative circulating coins which highlight women suffragists and other trailblazers on the reverse side of the U.S. quarter. GFWC members were at the forefront of women’s suffrage with a delegation marching in the 1913 Suffrage Parade on Pennsylvania Ave., which began to change public opinion on suffrage. Many of the leaders of the suffrage movement were members of GFWC, including Carrie Chapman Catt, Jane Addams, and Lizzie Crozier French as well as former GFWC Presidents Ellen Henrotin and Sarah Decker Platt. A formal organizational endorsement came in 1914 with a resolution supporting the “political equality of men and women.”

Visit the Legislative Action Center to express your support.

Start planning your project now and be sure to report your success stories to pr@gfwc.org to be considered for the GFWC Blog.

Your Profile: Logged in Yet?
If you haven’t visited the GFWC Member Portal yet, try selecting “Forgot your password?” and entering the email address with which you are receiving this News & Notes. You will then receive a prompt to check your email for a temporary login code.

Your profile is how you’ll update your contact information, make all Marketplace purchases, and much more moving forward. Please ensure all aspects of your personal profile are running smoothly in the Portal and don’t hesitate to contact gfwc@gfwc.org if you have any difficulties logging in. 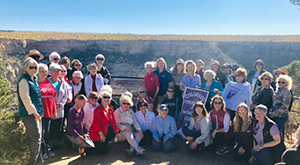 GFWC Colorado State President’s Project is Mesa Verde National Park. GFWC Colorado has a long and storied history with Mesa Verde. It has been one of the State’s approved projects for many years, but more than that, club members have a more personal connection to these ancestral dwellings. In 1897, the strong women of the Colorado Federation of Women’s Clubs began the campaign to save the dwellings and artifacts. It was the early members who played a key role in the establishment of Mesa Verde as a national park in 1906.

There is a sign at the Hemenway House exhibit which tells the story of how GFWC Colorado saved Mesa Verde. That sign was old and weathered and needed to be replaced. Our club members decided to raise the funds to replace the sign with a new one and with updated information, thus setting up the collaboration between Mesa Verde and GFWC Colorado! President Rudder worked closely with the staff at Mesa Verde to come up with the wording and design of the sign, telling the story of how women led the way to save Mesa Verde. In fact, the sign is entitled: “Women Led the Way.”

On September 28, 2019, club members and their families traveled to Mesa Verde National Park to unveil that new sign and to take a special tour of the park. Much planning was put into this project, including obtaining a proclamation from the governor declaring September 28, 2019 as Colorado Federation of Women’s Clubs Day! It was a great celebration and a proud moment with a tribute to our foremothers who were brave enough to say: “We can do this!”

A motion has been made, seconded, and stated. As debate begins, it is recognized that this motion needs work and information is needed; this is the time to commit (or refer) it to a committee.

A motion is made to commit the motion to the ____ committee. The motion may contain instructions, if so needed. A motion might read: “I move to refer the motion to the Membership Committee, which should investigate application forms and report back at the January general meeting.” This motion can be amended. The name of the committee can be changed, the instructions can be changed, etc. Debate is on the referral to committee, not on the main motion.

The other kind of committee is a special committee. A special committee is formed for a particular task and then ceases to exist when the task is completed. For example, a piece of property is for sale. Debating the pros and cons of purchasing that property would not make sense until more is known. A motion could read: “I move to create a special committee to investigate purchasing the land at the corner of 6th and Atlantic Avenues.” This motion could include, but doesn’t have to, the number of committee members and/or the name of the chairman and/or when the committee should report. If the motion is adopted by the group, the presiding officer will then ask how the assembly wishes the committee members to be selected; this can be by nomination or they can be appointed by the chair.

This GFWC keychain features the GFWC logo on one side and the Seven Grand Initiatives on the other. You’ll have a daily reminder of why it’s so grand to be part of GFWC! Order yours.