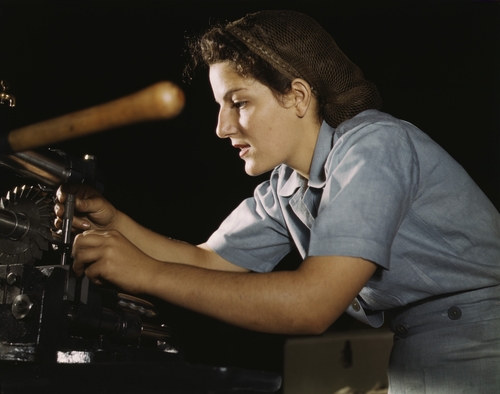 Women in the U.S. Military

Since the United States first declared itself an independent nation, American women have found ways to serve their country despite resistance from men, sometimes going as far as impersonating male soldiers to join the fight at the front lines. Women have long been an important part of the military, with 33,000 women serving in World War II and 7,000 serving in the Vietnam War. Let’s acknowledge the women who have paved the road!

In every case, these were historic firsts for women in the armed forces! Today, women make up 18% of the military. This Veterans Day, honor female veterans for their sacrifices, hard work, and for the challenges they’ve faced along the way.

Coming Up: Advocates for Children Week

Next week is Advocated for Children Week! If you haven’t already planned how you can help children, it’s not too late. GFWC Juniors’ Special Program: Advocates for Children Partners, March of Dimes and St. Jude Children’s Research Hospital, are perfect resources. Check for events, volunteer opportunities, and fundraising possibilities that will give you a chance to change the life of a child.

Use our Press Release Template to spread the news in your community about how your project or event made a difference in the lives of children! 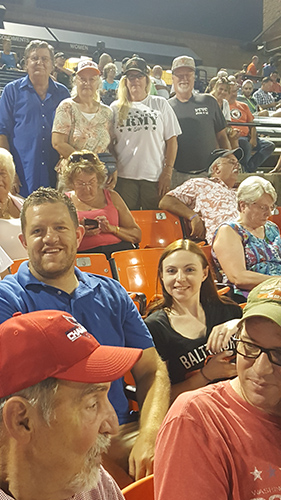 Military families are the focus for GFWC Maryland’s President’s Project. Regardless of the status of military personnel, active or veterans, their families are dealing with the effect of their sacrifice of service. Maryland is near airports with USO stations, recruiting stations, and military bases around the metropolitan Washington, D.C. area.

This proximity creates many opportunities for Maryland clubwomen to support activities that will help Veterans and alleviate the stress on a family with a service member being deployed. GFWC Maryland recognizes that the cost of war or military service doesn’t end when the troops come home, and instead, is often paid out over years. Many times, an encouraging act of support is so welcomed by those who are either currently serving or have served in the past.

Already, GFWC Maryland clubwomen have participated a Veterans Night out at a ball game (five female Veterans and their families attended), as well as service projects for Angels for the Troops. The speaker at the September Board of Directors meeting was Ms. Susan Cleveland from the USO Headquarters in Arlington, VA. She spoke about the USO’s efforts supporting Veterans and families to bring a sense of normalcy to service members at USO locations around the world.

You just received an email from GFWC staff, a GFWC sister, or another trusted source asking you to do something strange or unexpected. It might be an urgent request to talk, share private information, or purchase something for them. You’re most likely being baited (“spoofed”) for a response from someone trying to take advantage. Here is an example of a suspicious email you might receive: 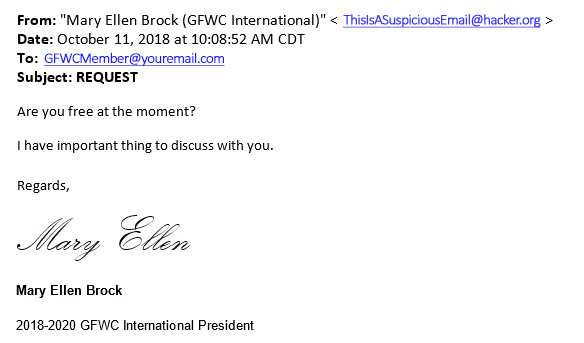 The sender uses a signature that implies they are someone they are not, and even addresses you by name. In this example, the email says it is coming from “Mary Ellen Brock (GFWC International),” but the email next to it is not a recognizable email. If you receive a suspicious email, check the email address. The email address might be visible as pictured above, but often you must hover over the sender’s email address to check it. If the email is a different one than what your trusted contact gave you, do not engage with the email.

If your email needs to be posted on your club’s website for customer service reasons, you will need to more closely monitor for email spoofs. While GFWC cannot prevent your email account from receiving these emails, rest assured that your privacy is a priority. GFWC does not broadcast contact information to stay vigilant in the age of the Internet and technology!

The next phase of Google’s stricter standards occurred last Tuesday, October 16. If your club website isn’t in compliance, that will reduce its visibility in Internet searches. It will also give a security warning that will drive away visitors trying to look at your site. Your website is the public face of your club, so make sure it gets seen! For more information, read our Summer Membership Quarterly.

The Woman’s Club of Madisonville (Kentucky) collected fourteen used bicycles, painted them in vibrant colors, and attached baskets filled with annuals. Bikes had signs that said, “Welcome to Madisonville, Have a Great Ride” and “Provided by the GFWC KY Woman’s Club of Madisonville.” The bikes were placed throughout downtown to bring color to the neighborhood. Newspaper coverage resulted in townspeople donating bicycles and paint, with additional bicycles placed by homeowners and businesses. The project was listed in the GFWC Top 10 Projects. 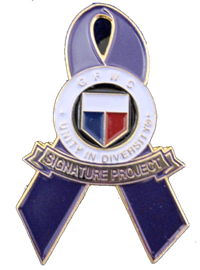 This pin is the perfect purchase for Domestic Violence Awareness and Prevention Month. With your $10 purchase in the GFWC Marketplace, you can support the GFWC Success for Survivors Scholarship and proudly display your commitment to ending domestic violence at the same time!

One of the most misused parliamentary procedures is Previous Question. The use of this procedure is meant to end debate/discussion and bring the assembly to the vote on the question.  However, many members believe they can call out “Question” or “Previous Question” and the vote will start, but that is incorrect.