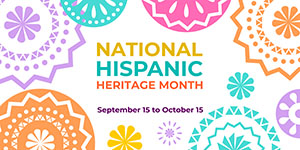 Hispanic heritage in the United States was first recognized in 1968 as National Hispanic Heritage Week and was then extended by Ronald Reagan to cover a 31-day period from September 15 to October 15 and enacted into law on August 17, 1988. President George H.W. Bush declared it as National Hispanic Heritage Month on September 14, 1989, and proclamations have been made by every sitting president of the United States since this date.

Volunteers in Action: Tempe Woman’s Club and GFWC Woman’s League of the Lowcountry

Hope Royer joined GFWC looking for an avenue to conduct community service. In her 40+ years with the Federation, she has found that, and then some.