Experience the Culture of New Orleans 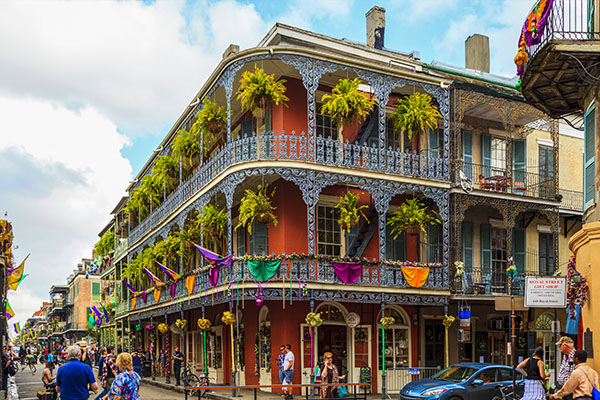 In an area originally inhabited by Native Americans, New Orleans was founded in 1718 by French colonists, ceded to the Spanish Empire in 1763, and returned to the control of France in 1800. It became a part of the United States in 1803 as part of the Louisiana Purchase.

The French Quarter is the oldest neighborhood in New Orleans and is the heart of the city. Also known as Vieux Carre or Old Square, French and Spanish architecture is reflected in its recognizable buildings with cast-iron balconies, and it is famous for its Bourbon Street jazz clubs, restaurants, and bars. 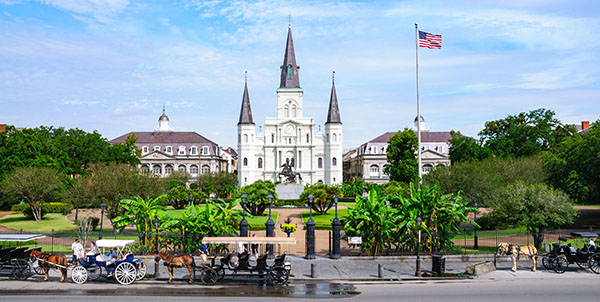 The historic park, Jackson Square, is in the center of the French Quarter. It was declared a National Historic Landmark in 1960 as the site where Louisiana was made a United States territory in 1803.

Within Jackson Square is the St. Louis Cathedral, the oldest active cathedral in the United States. It was founded in 1720 and named after King Louis IX of France. The Cabildo museum was built under Spanish rule between 1795 and 1799 and was the seat of the Spanish Colonial city hall of New Orleans. It is now the Louisiana State Museum and houses rare artifacts of American and Louisiana history. 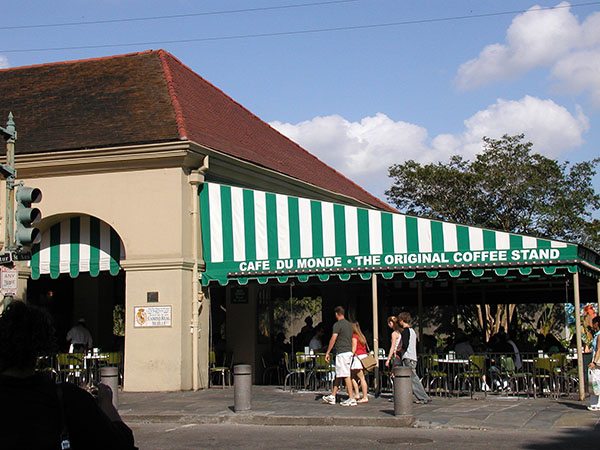 A visit to The French Quarter and Jackson Square is not complete without a stop at Café du Monde for café au lait and beignets. Café du Monde, or Café of the World, was established in 1862 in the French Market and serves dark roasted coffee with chicory. Coffee was originally brought to the area in the 1700s by the French, and the New Orleans Creoles developed chicory, a blended coffee, because of a coffee shortage during the Civil War. The chicory adds a chocolate flavor to the café au lait. 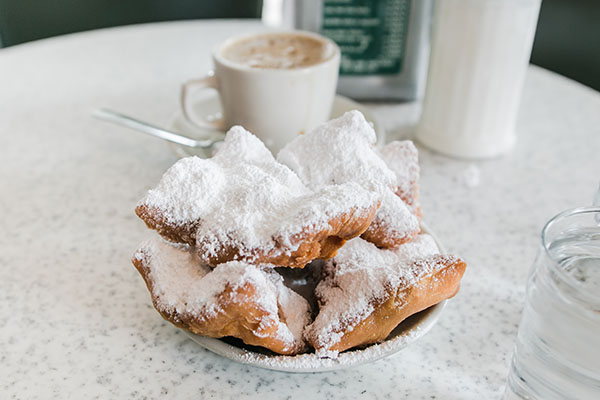 The Beignet is a square piece of deep fried dough covered with powdered sugar. It was brought to New Orleans in the 18th century by French colonists and the Acadians (Cajuns) from Nova Scotia.

Besides beignets, the New Orleans flavor is found in the po’boy, Italian muffuletta sandwiches, Jambalaya, etouffee, gumbo, crawfish, red beans and rice, and the Praline – a candy made with brown sugar, granulated sugar, cream, butter, and pecans. 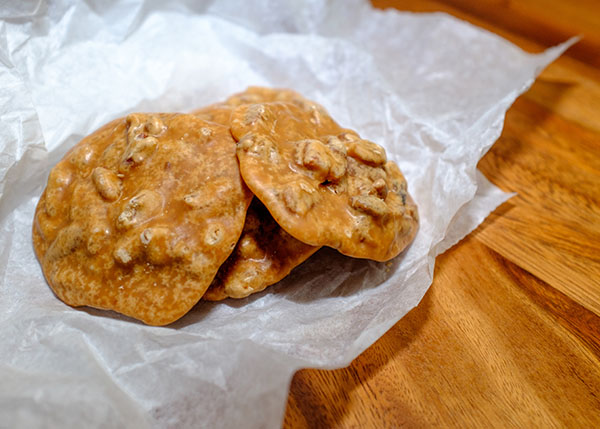 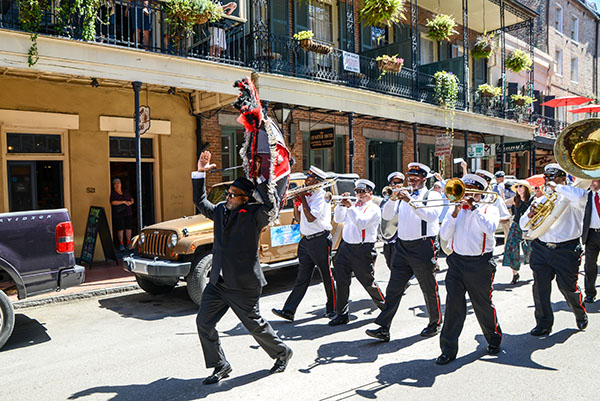