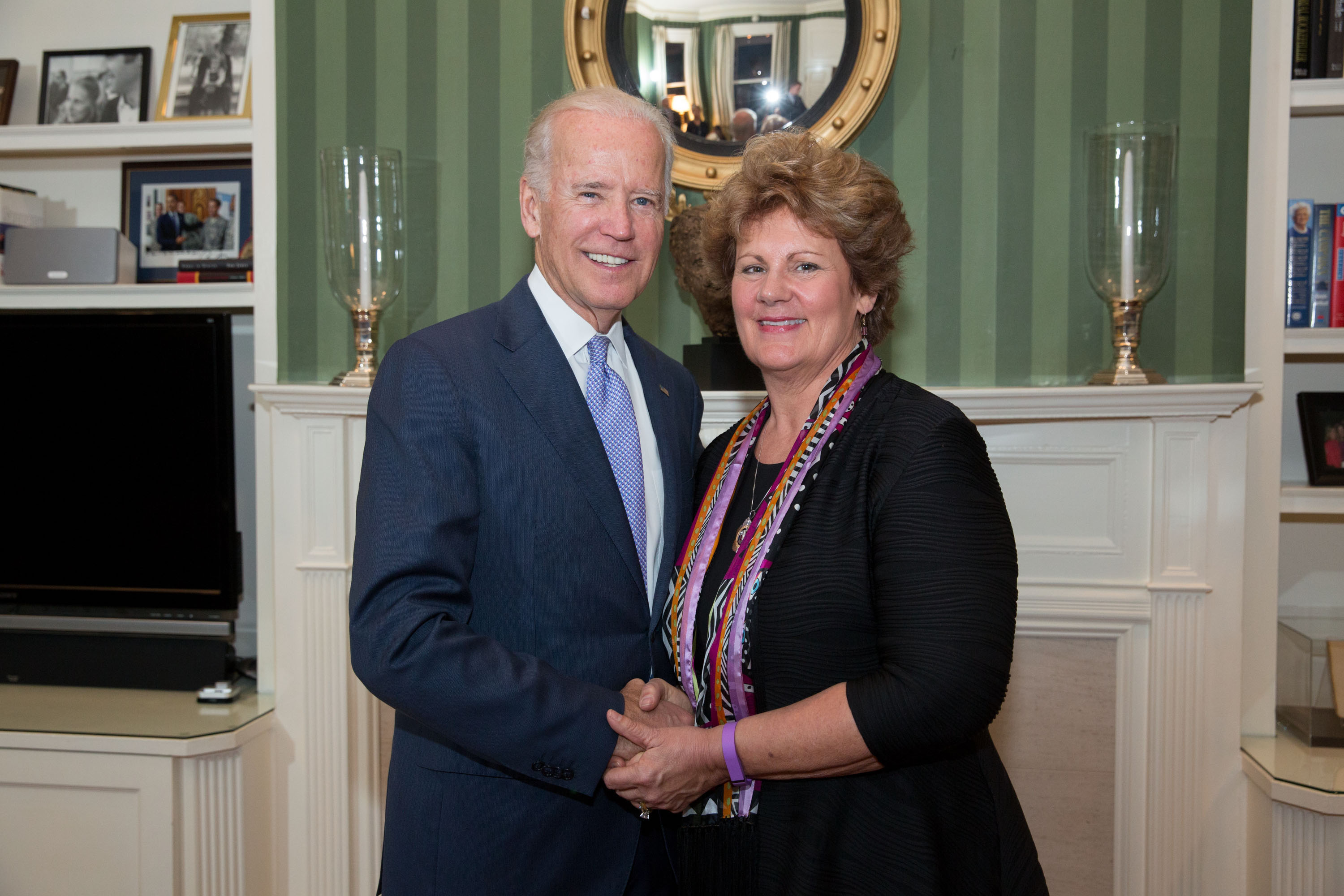 GFWC President Babs J. Condon meets with Vice President Joe Biden during a reception celebrating the 21st anniversary of the Violence Against Women Act.  (Official White House Photo by David Lienemann)
As a national leader in the fight to end domestic violence, GFWC clubwomen were especially active in their communities during Domestic Violence Awareness Month. Check out these Facebook and Twitter posts from across the country.