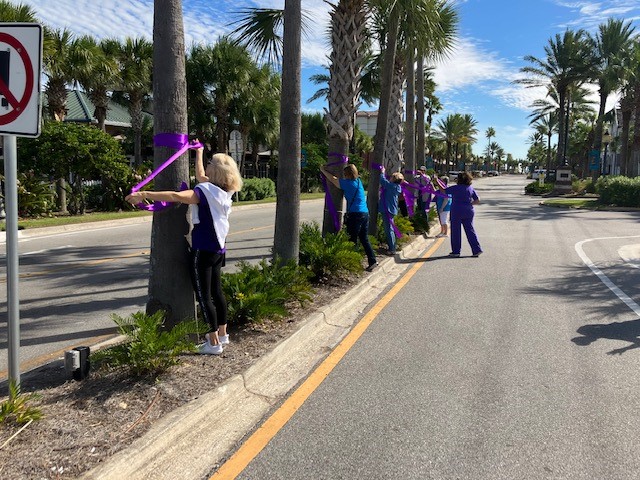 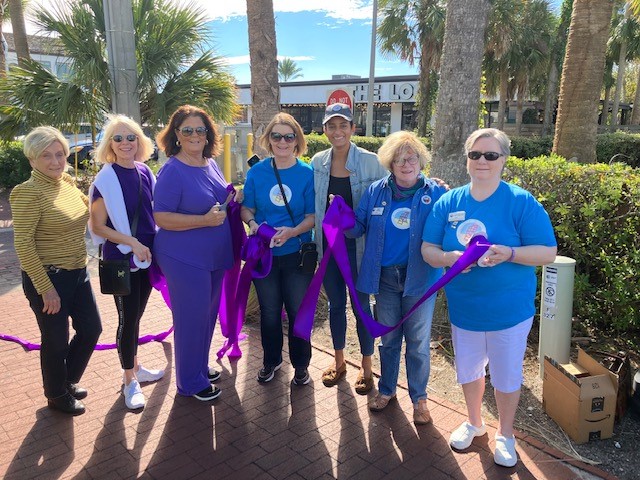 In recognition of October as Domestic Violence Awareness Month, members of the GFWC Jacksonville Beaches Woman’s Club (Florida) adorned seven palm trees leading into the town center with symbolic purple ribbons. Clubwoman Theresa Crockett explained that the city of Neptune Beach has allowed the woman’s club to complete this awareness project for the past several years, and the clubwomen always look forward to putting up the ribbons. Organized by the club’s Signature Program Chairman Elizabeth Dallas, the goal of the project is to lend support and raise public awareness about domestic violence.

“It’s a visual project – now for a whole month people are going to drive by these ribbons,” Theresa said.

She added that although there has been progress throughout the years in addressing domestic violence, there is still more work to be done.

“Everybody is in it for the long haul,” she said. “We continue to focus on domestic violence because it still needs to be talked about.” 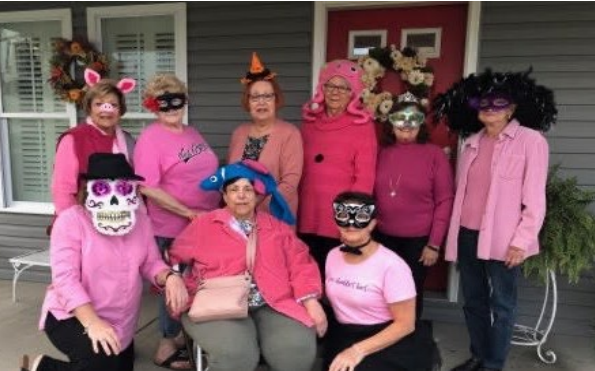 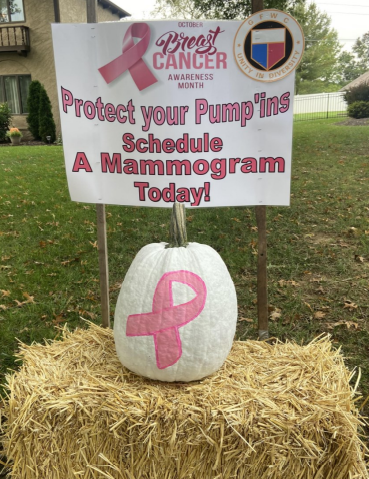 Members of the GFWC North Central Junior Alumnae Club (West Virginia) are working hard this month to spread the word about Breast Cancer Awareness. Their awareness efforts kicked off with a “Pink Out Party” held at their October meeting, during which members dressed in pink and were encouraged to continue to wear pink along with breast cancer awareness pins throughout the month. Members were also invited to express their creativity by painting pumpkins pink and displaying them at their homes or throughout their communities along with signs encouraging people to schedule a mammogram.

“We have several members of our club who are breast cancer survivors and they all discovered it through mammograms,” she said. “We feel it is very important for women in the community to schedule their mammogram.”

Since the club includes members from throughout five different counties, Tressa said the project will have a broad reach.

In addition to this project, in recognition of October as Domestic Violence Awareness Month as well, the club donated $300 of monetary and in-kind donations for Hope Incorporated, an area domestic violence shelter.