In recognition of October as Domestic Violence Awareness Month, many GFWC clubs developed projects related to GFWC’s Signature Program: Domestic and Sexual Violence Awareness and Prevention. Clubwomen were hard at work throughout the month raising awareness, donating necessity items to support survivors, and educating the members of their community through activities and events. The club stories featured this week are just two of the many examples of how clubwomen are using awareness and education to help stop the cycle of domestic violence in their communities and lead to positive change overall. 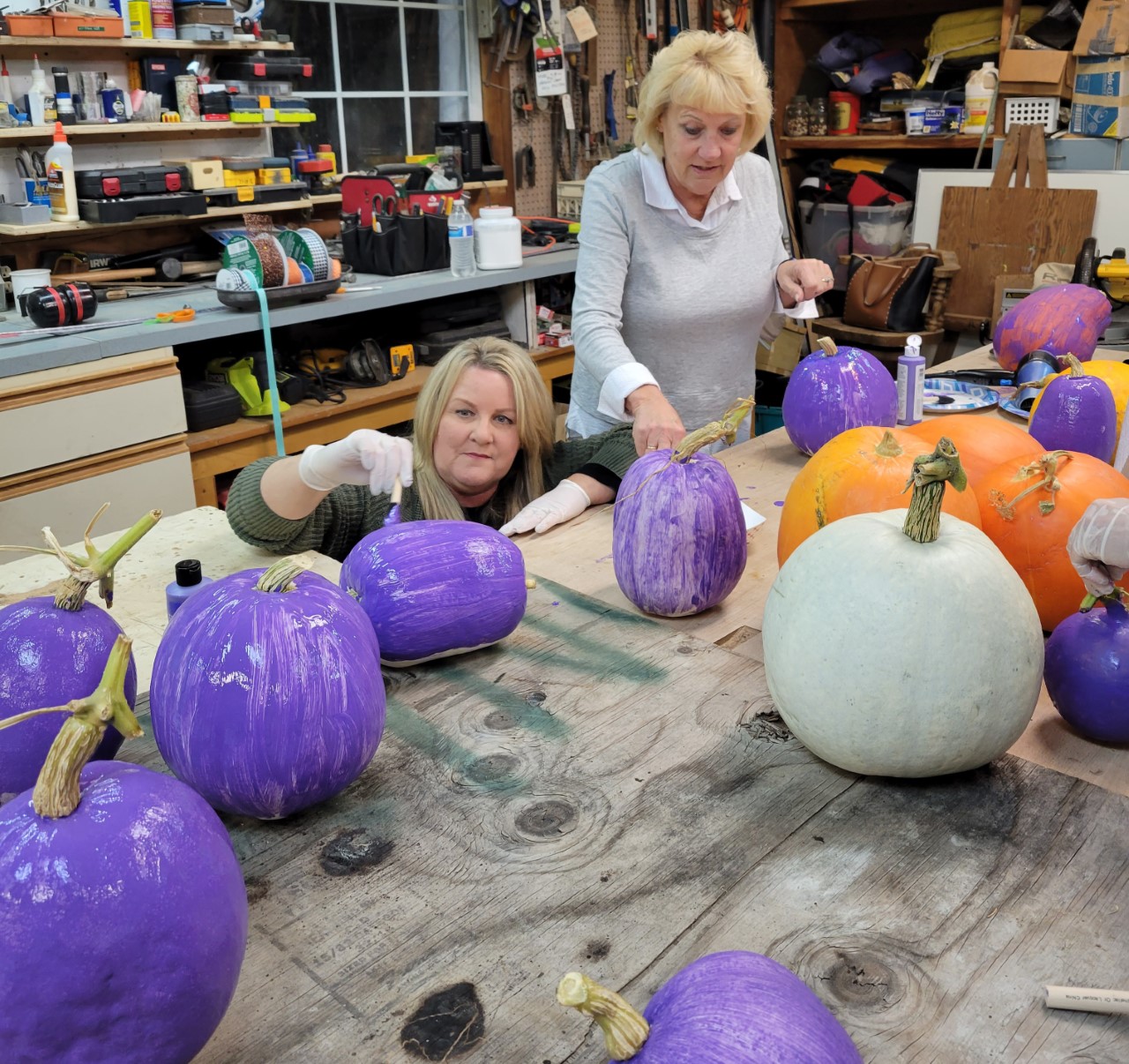 Publicity Chairman Sheila Wilson explained early in the month, club volunteers met and painted more than 30 pumpkins purple and added decorations. These pumpkins were then auctioned off to raise funds to go toward various projects. She said the club raised more than $400 from the pumpkin auction.

“The members loved them and will be displaying them at their homes,” she said.

Clubwomen also collected gently used purses from fellow members, family, and friends, and filled them with necessity items such as toothpaste, shampoo, and lotion. The more than 70 purses gathered will be given to women in need through A Safe Place in Oregon City, Oregon. A Safe Place offers advocacy, culturally-specific services, safety planning, counseling, support groups, legal support, law enforcement support, and other services and resources to individuals and families.

Sheila said they also gave out purple ribbons to members at their monthly meeting and took them to attendees of the GFWC Oregon Federation of Woman’s Club’s Convention.

Club President Connie Kitzmiller said the clubwomen were excited to work on these projects.

“The members of our Club have a passion for wanting to help others.  When we all work together, big projects can be accomplished. Our club’s focus is in line with the Greater Federation of Woman’s Clubs yearly goals,” Connie said.

Sheila added the Oregon City Woman’s Club is dedicated to raising awareness about domestic violence in the hopes of preventing future violence against others.

“It’s very important to do what we can to increase awareness in the community for domestic violence, so we are watching out for women who might need our help,” she said. 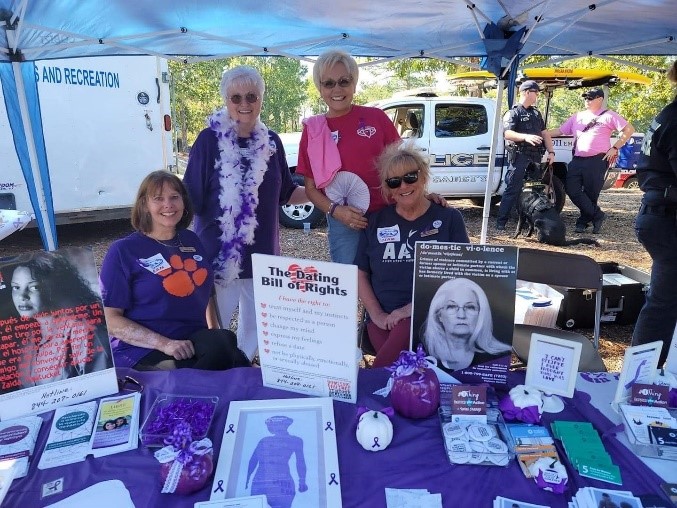 In an effort to raise awareness about domestic violence, the North Myrtle Beach Woman’s Club (South Carolina) hosted their inaugural “What a Difference a Mile Makes” Domestic Violence Awareness Walk on October 16. The club’s Second Vice President Connie Lawson said the money raised from the event will go to help local survivors of domestic violence.

Connie explained the woman’s club works with a liaison at the area police department who uses funds donated by the club to assist women in need in the community. In addition to these donations, the North Myrtle Beach Woman’s Club has been raising money to support the development of a new domestic violence shelter that is in the process of being built in the county.

She noted the closest domestic violence shelter is currently about an hour and a half away, so they feel it is important to try to offer survivors a closer option for relief and services.

While donating the money toward these projects is important, Connie said raising awareness is equally necessary in helping to prevent future situations of abuse and domestic violence, as well as in providing resources and support to current survivors.

“No one knows there is a problem unless you make them aware of it, and you do that through education,” she said. “This has been a silent problem for a long time. You have to bring that out and make people aware and educate them.”

Connie said one of the goals of the Domestic Violence Awareness Walk was to make sure the people in the community who are survivors of domestic violence situations know they are not alone and that there is an army of people prepared to help and support them in any way possible.

The event included an inspiring presentation from a survivor, a large domestic violence information center with pamphlets and various giveaways, and more. The local radio station was also in attendance helping to lead participants in the walk.

Connie said money was raised through ticket sales and from sponsors within the community who were recognized with a sign along the walk path.

Overall, she said the event was a great success.

“It was just phenomenal,” Connie said. “…It was a serious event, but it was a fun event.”