A small club can still have a large impact, and the GFWC Salem Woman’s Service Club (Oregon) is proof. With eleven current members and limited finances, they are always on the lookout for projects that small clubs can accomplish. One project that became an enduring success is Saidie’s Cupboard, which partners them with Public Health Nurses who work at the County Health Department with children who have medical issues. Many low income families have children taken care of there, and Saidie’s Cupboard attempts to ease the financial burden.

The club creates family bags that hold 15 hygiene and personal care items, including shampoo, detergent, toothpaste and toothbrushes, deodorant, toilet paper, and more. They also create infant bags, which have newborn care items like diapers, clothes, blankets, infant shampoo, wipes, and other items. Every other month, the club delivers these bags to nurses, who keep them on hand for when a visiting family might need them.

The club named the project to honor Saidie Orr Dunbar, who led the Public Health field in the 1930s. She was crucial to the development and funding of Public Health Nurses, and was both an active member of the Oregon Federation of Women’s Club, as well as the GFWC International President from 1938 to 1941, and so there was no better person after which to name the project.

They began thinking about the project in 2004 when one of the members saw a similar project operated by a church in another state, and brought the concept to her club. They liked the idea because it meant they could provide items to disadvantaged families who couldn’t get those necessary items with food stamps or through other community agencies. They proposed the idea to the Public Health Nurses, who eagerly worked with the club to identify what kind of items would be most helpful. In addition to the family and infant bags, the nurses specifically requested Spanish and English board books and newborn rattles. The nurses explained that they use the books and rattles to teach parents how to have positive interactions with their baby that foster attachment, stimulate the baby, and encourage literacy for both baby and parent.

Club president Pam Briggs said, “This has become an important project to our club because it has been so well received by the nurses and has given us an ongoing project that the community can connect us with.” To strengthen that connection with the community, the club puts labels on the bags with information about the club and their contact information.

The biggest challenge for the club has been providing continual funding, but they have integrated several funding sources over time. In addition to club members bringing a few items to meetings each month, they have obtained grants, as well as established a direct mailing campaign called “Stock the Cupboard” to encourage medical professionals and other clubs in the state to contribute. But the most important development was that of in-kind donations from the community, with the club acquiring unsold infant clothing from a consignment store and surplus items through a United Way program. 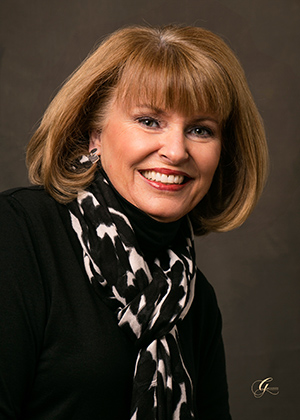 In addition to the work she does for GFWC, Tricia Noel serves in leadership positions and on committees associated with her professional career, church, and several associations.