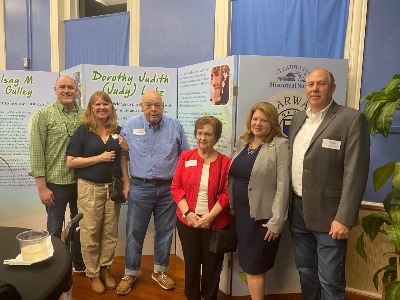 As GFWC continues to celebrate the contributions of women throughout the years in honor of March as Women’s History Month, many clubwomen are finding unique ways to recognize the inspiring work of their fellow Federation members.

Laurie Auth, of the GFWC North Pinellas Woman’s Club (Florida), has been hard at work the past several months nominating International Past President Judy Lutz (2002-2004) to be featured in a museum exhibit in her community. After contacting Judy’s daughter, Judy Griffin, and working together to fill out a nomination form with the Clearwater Historical Society, Judy was selected to be one of eight women featured in the Clearwater History Museum’s Women Trailblazers in History exhibit. This exhibit, which opened at the beginning of March and will be available to the public until May 21, honors local women for their contributions to the community.

Laurie said she wanted to nominate Judy, who passed away in 2019, because throughout her many years with GFWC she gave unselfishly and was an inspiration and role model for many others. She hopes the exhibit will also help promote the great work of GFWC and encourage community members to want to learn more about the organization.

“This exhibit is an honor for Judy, her family, and all of GFWC. It helps share the good works of our Federation and promotes what we stand for,” Laurie said. “…We are often told we are a well-kept secret, so we are working hard to change that.” 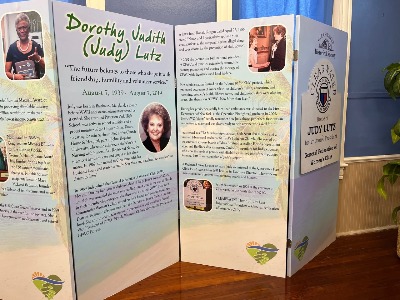 The exhibit itself features images and and stories from Judy’s time with GFWC and the various roles she held, including club president, State President, and International President.

Laurie said their district will be hosting a Federation Day event at the museum, during which members will be able to tour the exhibit and then learn about “The Power of GFWC” from GFWC Florida State President Dianne Foerster and GFWC Florida Past State President Sharon Oliphant.

Being part of GFWC meant so much to Judy, and Laurie is glad to see her legacy educating others about the Federation as a whole.

“This exhibit is helping our current and prospective members appreciate the history of our Federation and the incredible organization of which they are a part,” she said.