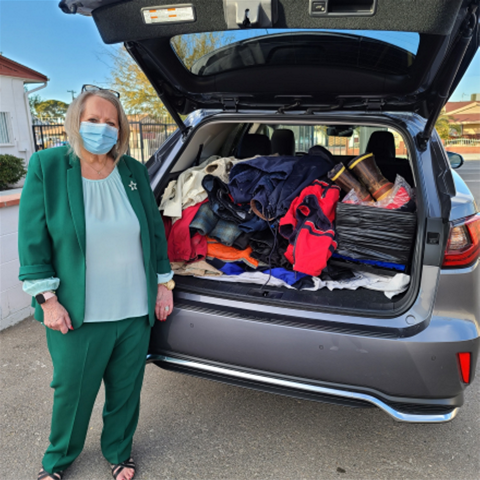 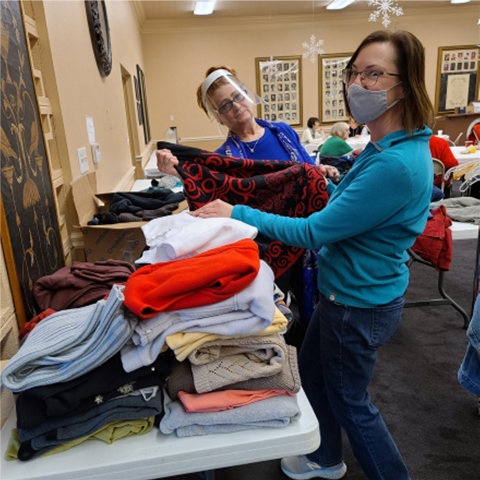 Members of the GFWC Mesquite Club of Las Vegas (Nevada) brought in more than 500 pieces of winter clothing to be donated to people in need. Clothing included hats, socks, sweatshirts, and coats, most of which had hardly been worn and was in good condition.

Another recipient of the coat and winter clothing drive is The Embracing Project (TEP). January was National Human Trafficking Awareness Month and TEP is a Rite of Passage program, which advocates peace and healing for youth survivors of violence, sexual exploitation, and trafficking, through the development of specialized programs, trauma-informed care, and unconditional support. This is in line with GFWC Nevada State President Cherie Lee Williams-Dewitt’s Signature Project. Some of the coats also were donated to the Faith Lutheran Thrift Store.

These nonprofit organizations each serve the community in different ways. Overall, this project was devised and completed in two weeks. 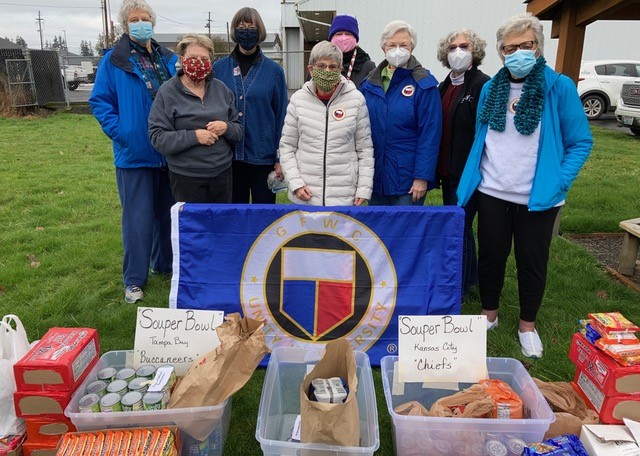 GFWC Battle Ground (Washington) hosted its own “Souper Bowl” this year with a fun twist to bring in nonperishable items to be donated to local food banks. Points were scored according to the number of food items, mainly soups, credited to each team that was brought in by club members. Clubwomen Valerie Huey and Ginger Crabtree served as referees to help keep the record straight. After the game was over, 230 pounds of food was taken to the North Country Community Food Bank. 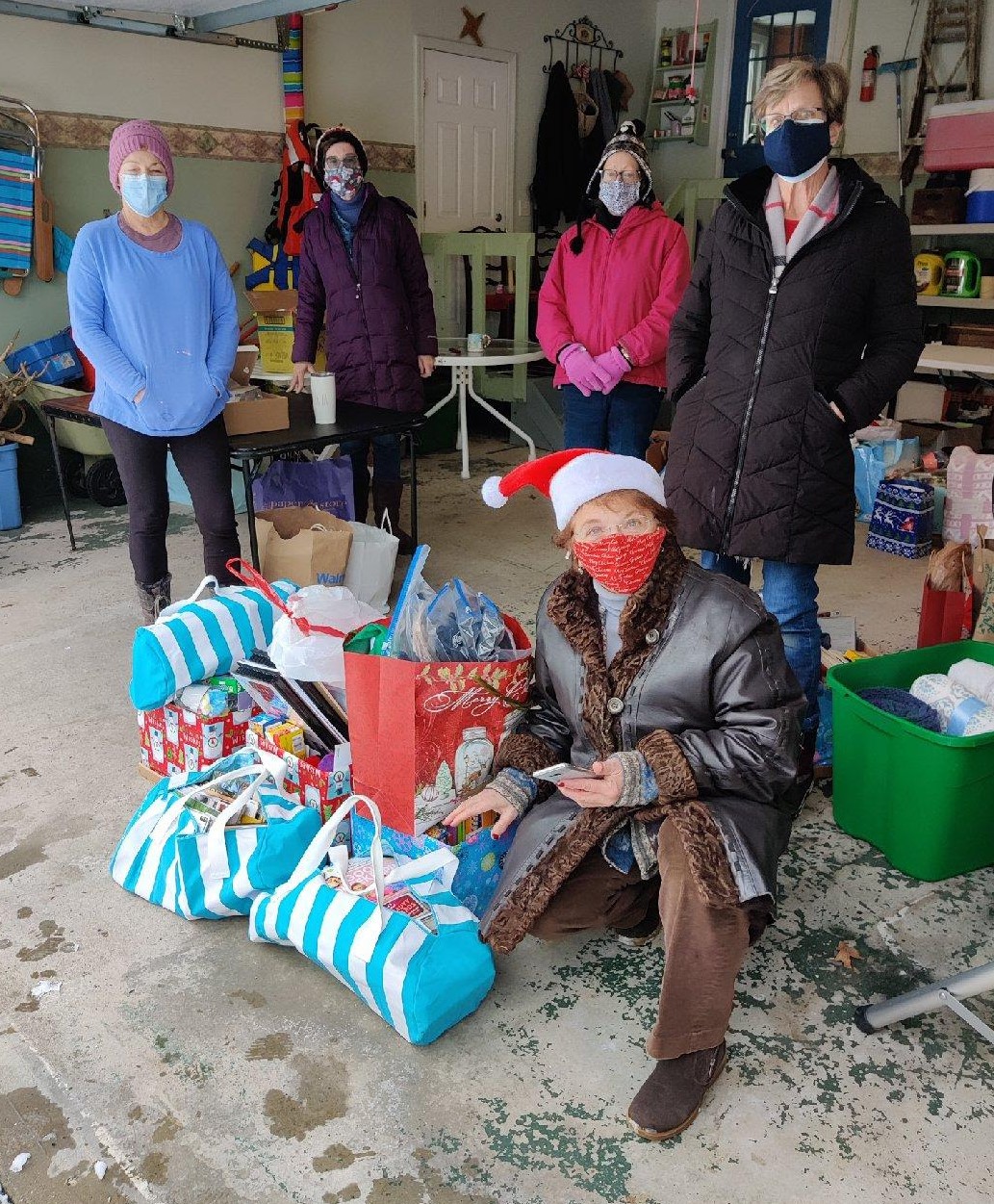 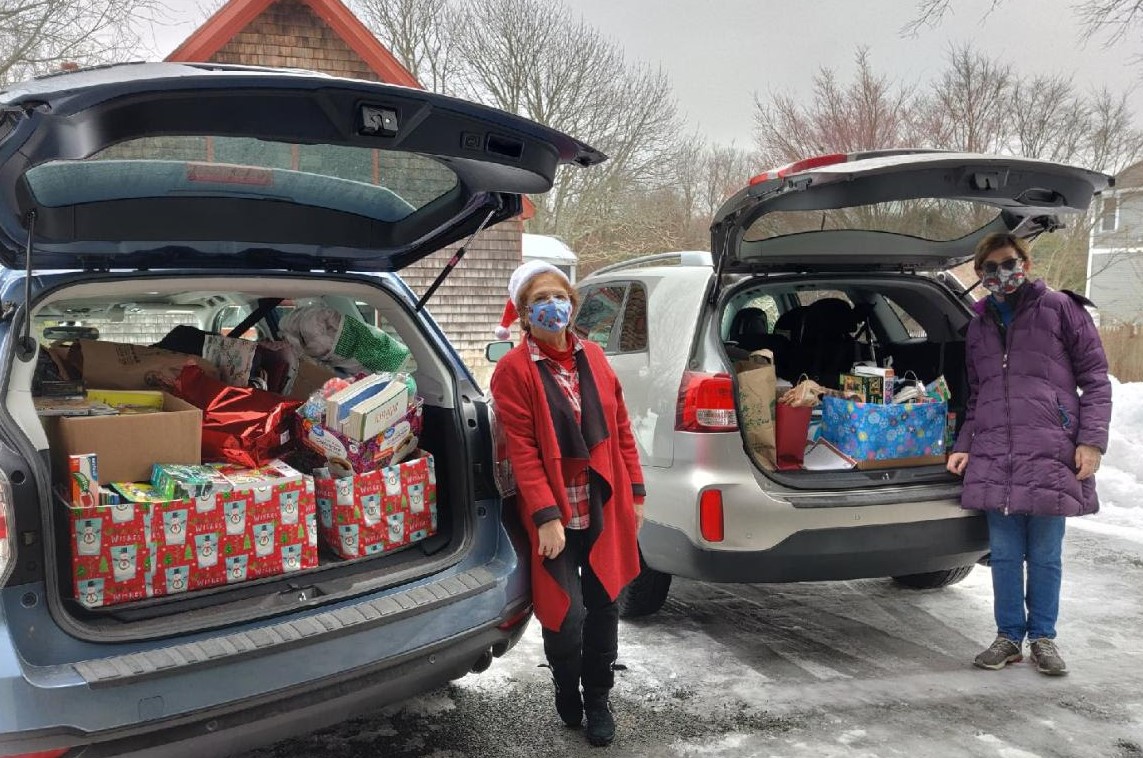 Through the Community Outreach Team of GFWC Woman’s Club of South County (Rhode Island), club members Maggie Hayes-Cote and Jane Tutko made their idea of collecting items for elder adults in nursing homes a success. Due to the generosity of club members, along with their friends and families, residents of 12 nursing homes in Washington County, Rhode Island, were provided with fun activities and gifts. Items including music, games, coloring books, puzzles, and magazines were provided to more than 400 residents to wish them a happy holiday and remind them they are in the club members’ thoughts. Maggie also offered a special “thank you” to club members Pam McCullum, Mary Logan, Peg Schembre, and Deb Brown for collecting and putting the packages together.

“We leave you with a thought that drives our group: Kindness is a bridge between all people. If you are ever down and want to lift yourself, then do something kind for somebody,” Jane said. 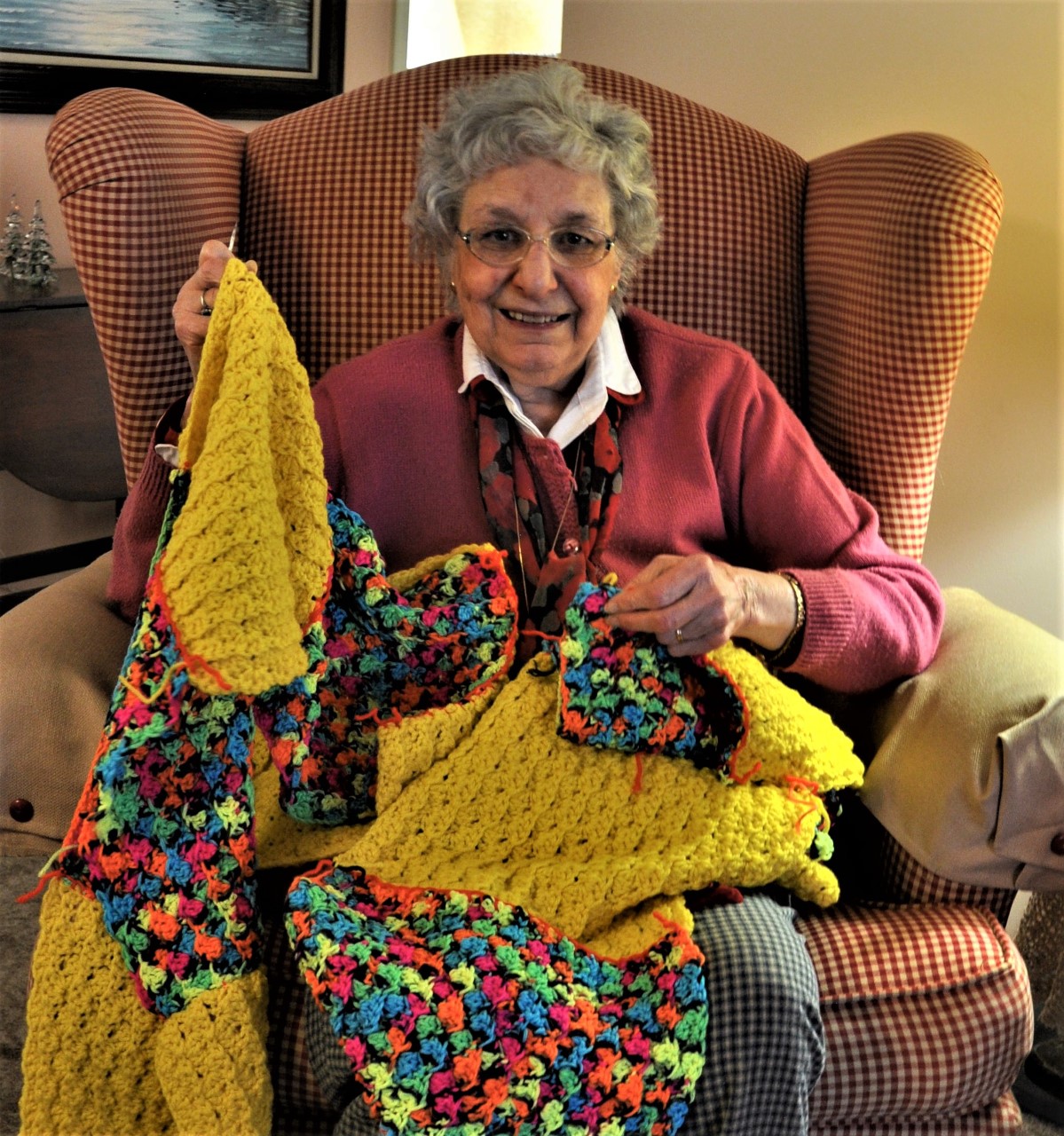 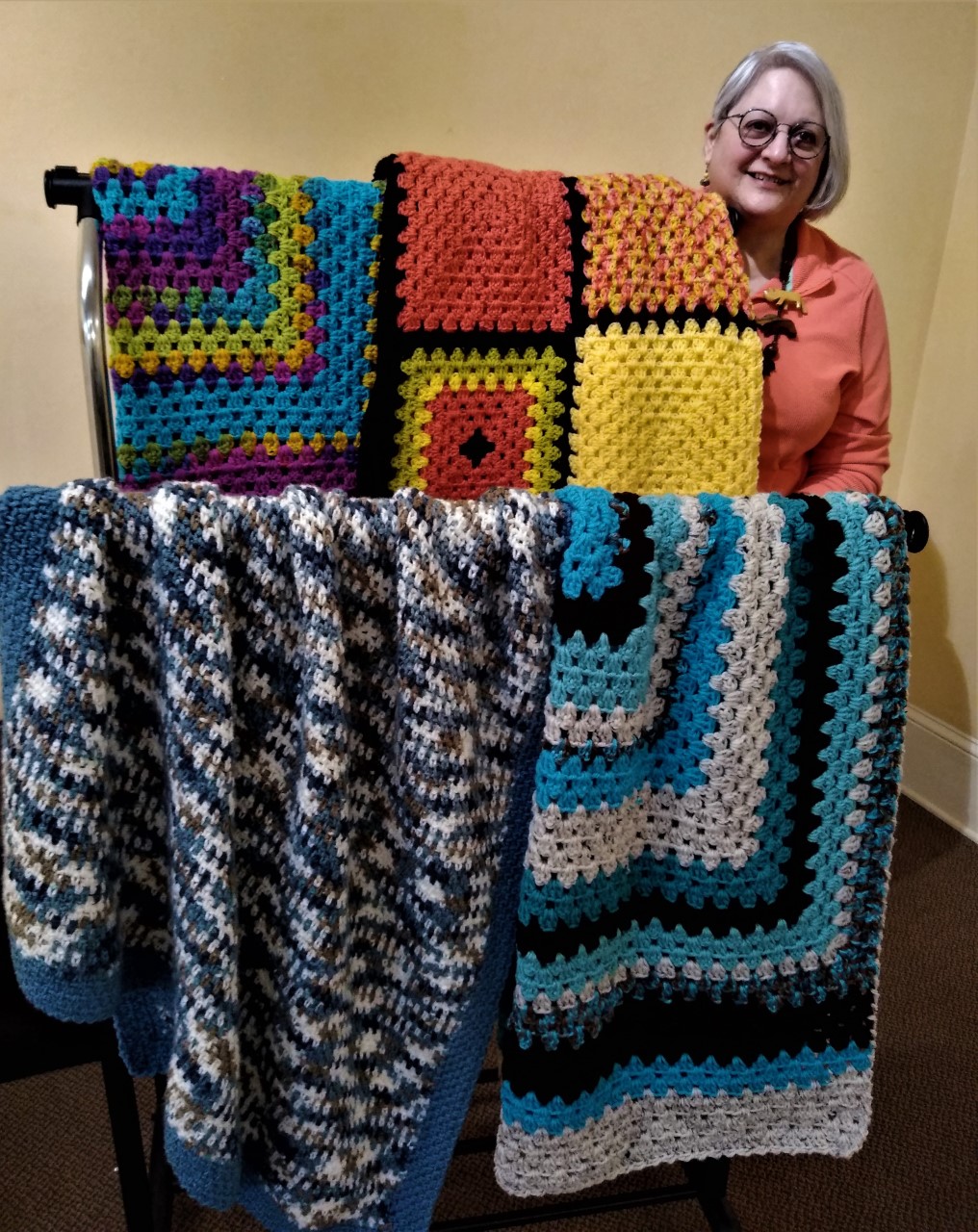 While the GFWC Millville Woman’s Club (New Jersey) has been supportive of the New Jersey Department of Child Protection and Permanency (DCP&P) through their involvement with Court Appointed Special Advocates (CASA) and by donating books and duffel bags, the club’s Creative Arts Committee has been contributing in another way. EllenBeth Nappen, the chairperson of this committee, has been busy making blankets for children in need. Crocheting the squares and then sewing them together is a time-consuming endeavor, but she said it is more than worth her while.

EllenBeth made seven colorful blankets last summer that were picked up by a representative from the DCP&P. Nancy Booz, another club member, joined EllenBeth in the fall and they made 13 more blankets. These went to the DCP&P during the holiday season. With the help of club member Nuha Hababo, the three clubwomen all are continuing to make blankets for children.

DCP&P is New Jersey’s child protection and child welfare agency within the state’s Department of Children and Families, and CASA is a national association that supports and promotes court-appointed advocates for abused or neglected children.