GFWC Bridgeport Junior Woman’s Club (West Virginia) hosted there 2nd annual “Be the Change Ball.” This year’s theme was “Fairest of Them All.” A total of $97,246.56 was raised at this event. The fund raised from this event will be split in two ways. Some funds ($85,000 ) will go West Virginia’s new WVU Medicine Children’s Hospital to fund a NICU Milk Bank, and a Child Life Prep Room. The remaining $12,246.56 goes to the club for the work they do in their community and beyond.

Check out more about this event on the clubs website and the West Virginia News. 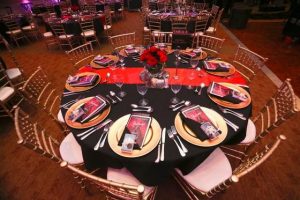 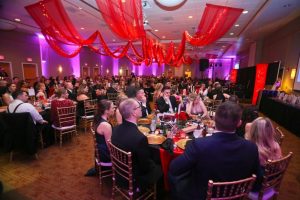 GFWC South Baldwin Woman’s Club (Alabama) works with the Guardians of the Ribbon– Lower Alabama Chapter to promote awareness and support for cancer survivors. Debby Hauble was a member for many years prior to her diagnosis of stage 4 breast cancer. October 2020, will be the third year that the club participated “Gulf Shores Goes Pink.” a celebration held by the Gulf Shores Fire Department. This event brings the community together to show love and support for all cancer victims, their families, and caregivers. All donations are given to locals in the community. 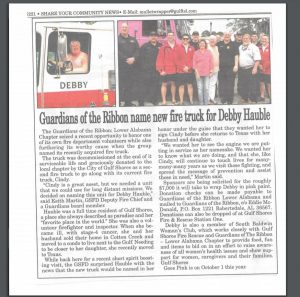 GFWC Tennessee held a luncheon on March 10 with guest speaker, Wanda Sobieski, who highlighted eight influential women. Seven of the women were from Tennessee and worked tirelessly to make Tennessee the 36th state to ratify the 19th Amendment. Club members dressed as the eight suffragettes. Following the program and luncheon, there was a tour of the State Capitol. 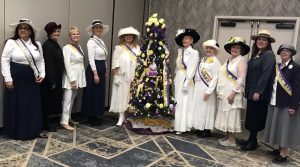 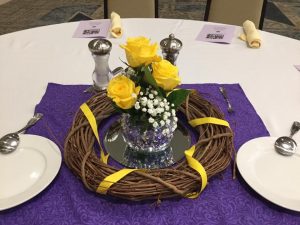