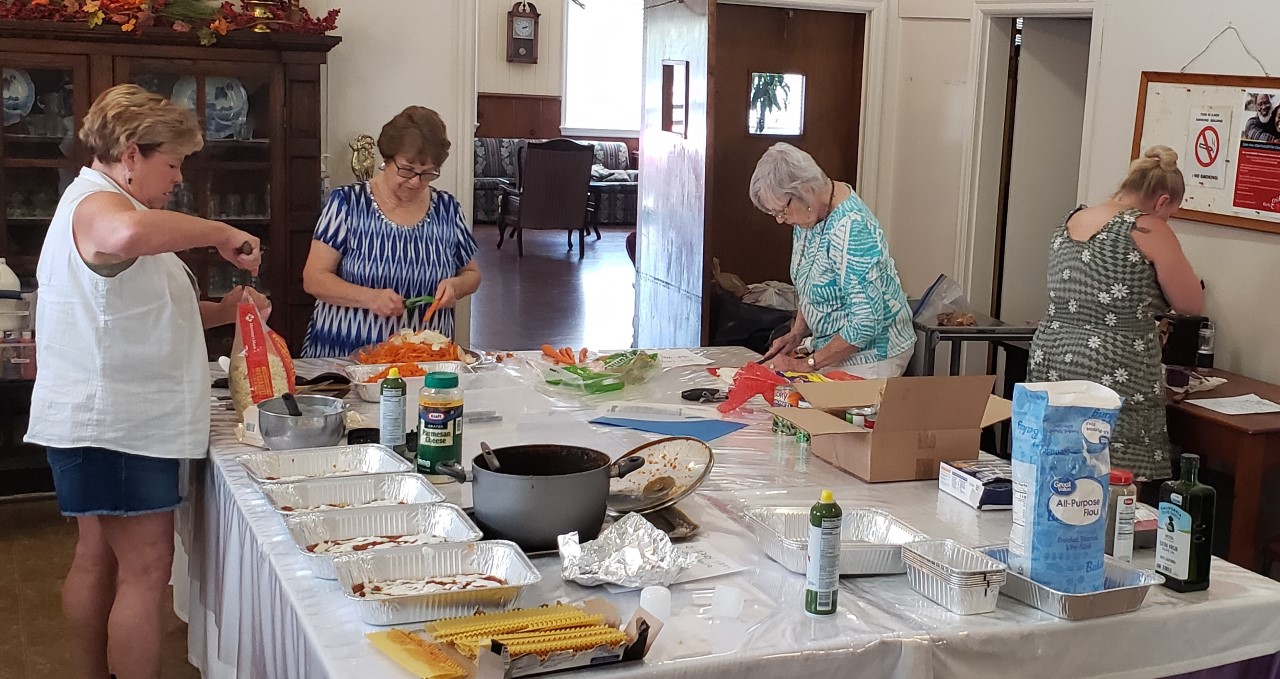 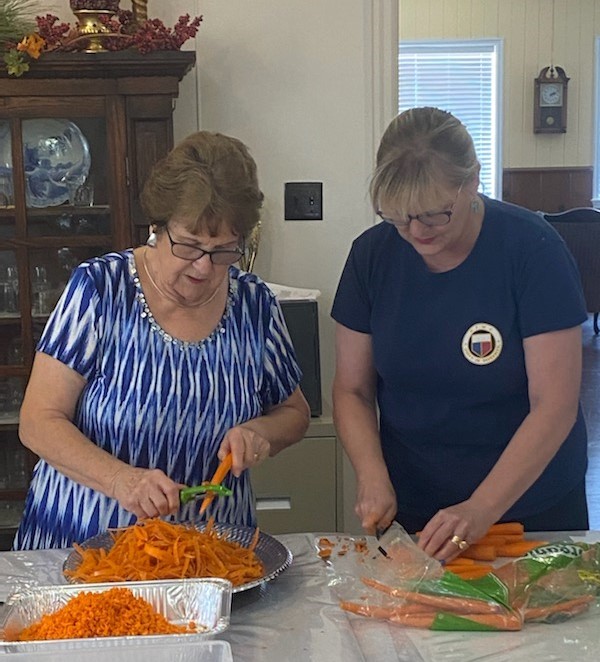 Tennessee clubwomen baked homemade lasagna for families in need in their community.

Members of the GFWC Clarksville Women’s Club (Tennessee) shared the love in their community by baking 10 large trays of homemade lasagna for Lasagna Love as part of their “Toss the Sauce” project.

Club President Patty Gabilondo said the club got involved with Lasagna Love, a global nonprofit that aims to connect neighbors through homemade meal deliveries, after hearing from a new member who worked with the organization before moving to the area. After sharing information about this exciting opportunity at a monthly meeting, several clubwomen jumped on board. Patty said members made donations, spoke with local food pantries to see if they were interested in collaborating on the project, and set a day to bake. Members and two area food pantries agreed to donate ingredients.

“They were so generous and thought this project filled a niche for families who are food insecure but not to the level of coming to the pantry,” Patty said.

She explained that the club reached out to a Lasagna Love Regional Director to determine which families they would be helping with the meals, and she said members specifically requested families with children.

“We felt this was really important because there are families everywhere struggling to put food on tables for children and we know children do better in school when they are not hungry,” Patty said.

After one afternoon’s work, the club’s meals positively impacted 45 individuals, including 26 children the week before school started. 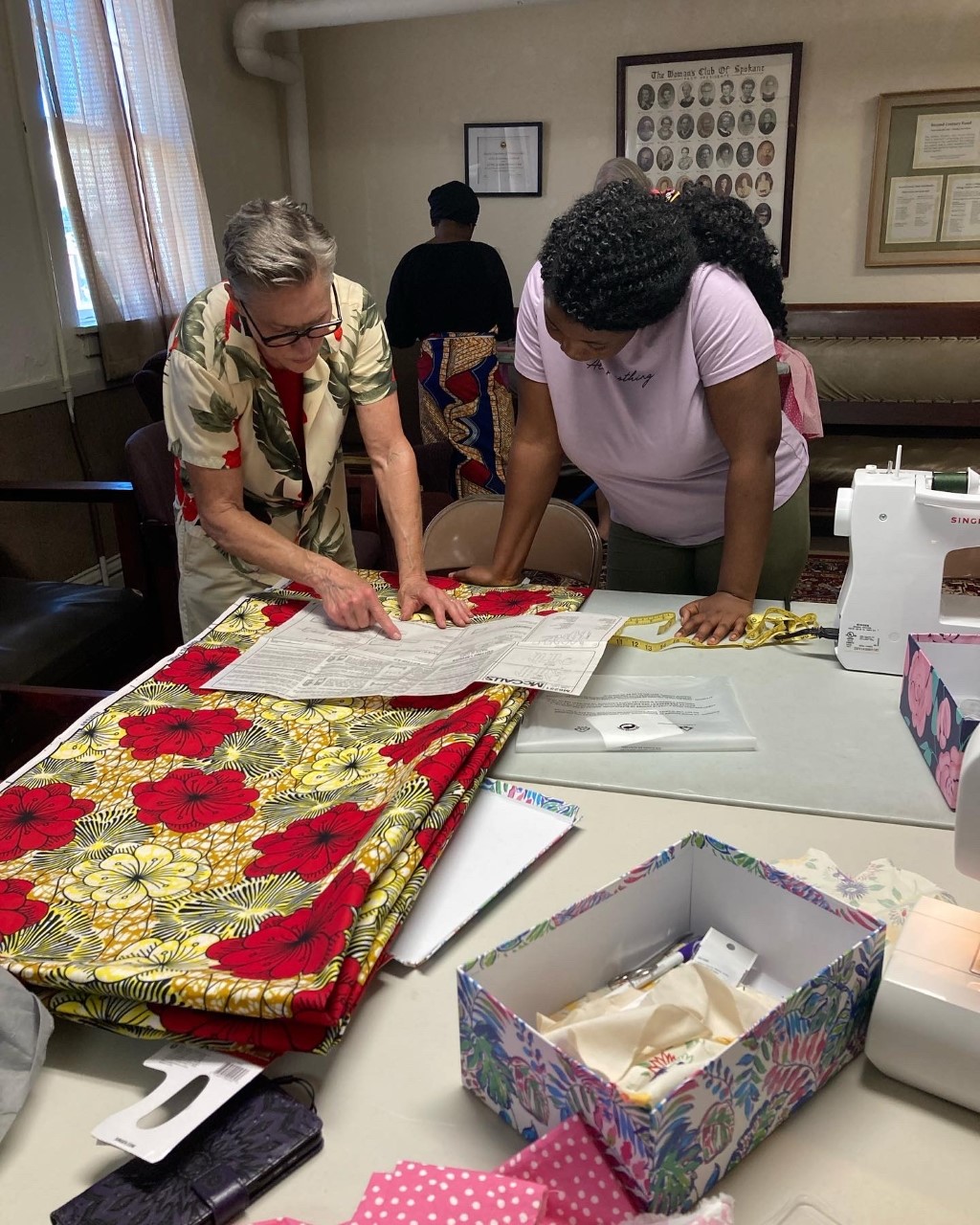 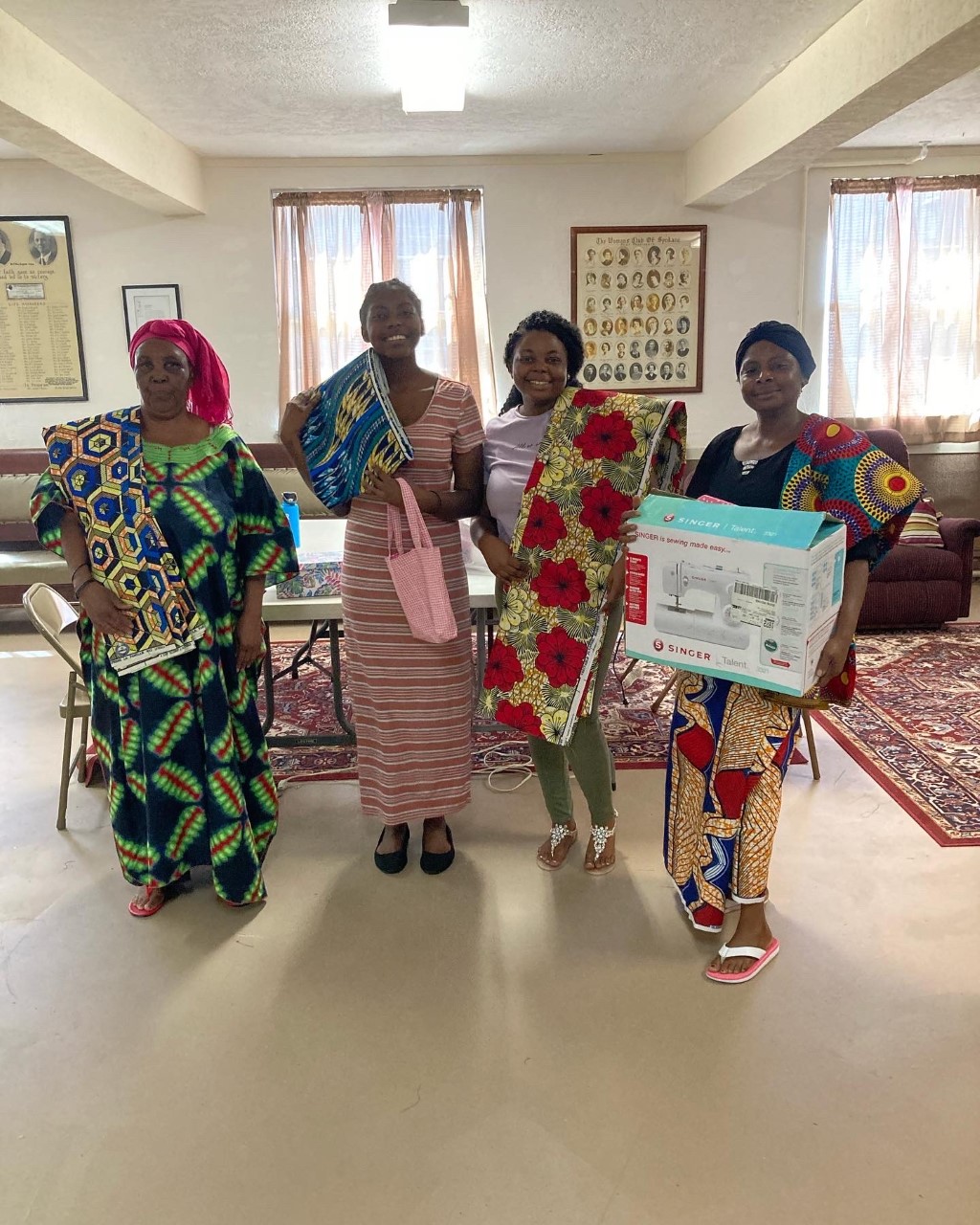 The Woman’s Club of Spokane hosted sewing classes for women refugees in their community.

In July, four members of the Woman’s Club of Spokane (Washington) taught basic sewing skills to women refugees originally from the Democratic Republic of the Congo. Club Vice President and project organizer Susan Kuhner said the club initially started fundraising for a sewing class that would be offered through another organization, but due to extenuating circumstances, the members decided to use the funds to offer a sewing class at their clubhouse.

Susan said she reached out to a friend from her local church who is also a young Congolese man to ask if he knew of any women in the community who may enjoy and benefit from attending a sewing class. After contacting friends and neighbors, four women signed up for the classes.

Members were able to provide one-on-one instruction during four classes throughout July on donated sewing machines, and the women in attendance had the joy of creating beautiful clothing and bags of their own.

Susan said this project was important to members because they wanted to help eliminate barriers for these women to fully join the community.

“I think as a woman, to feel beautiful and make something you can wear is a great feeling,” she said. “It is important that they have something they can create for their children or for themselves. We thought this would bring them some happiness.”