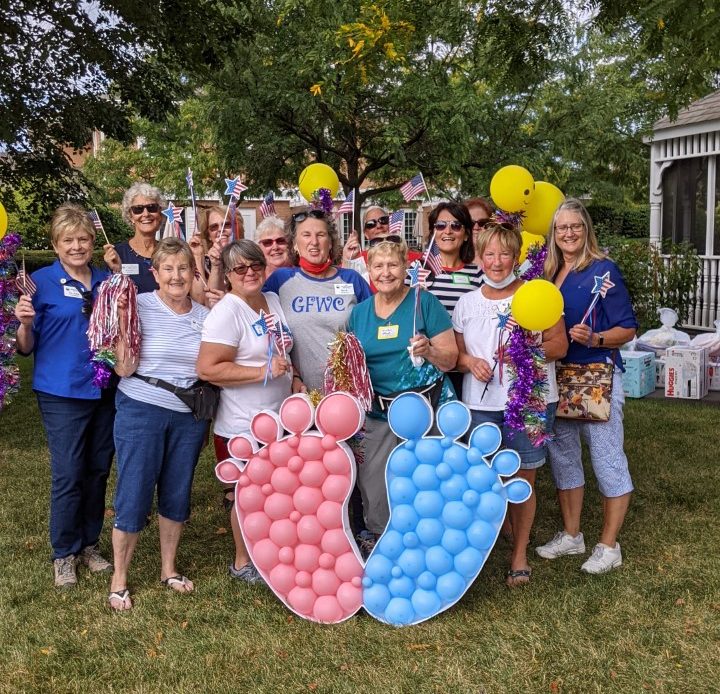 GFWC Illinois clubwomen were hard at work throughout the last several months in an effort to support pregnant women veterans and pregnant spouses of male veterans. Jo Ann Johansen, club president of the GFWC Northwest Suburban Woman’s Club, said members from several clubs and Districts around the state came together to donate new baby items to the Hines VA Hospital in Illinois.

Jo Ann explained after speaking with the maternal care coordinator at the hospital, clubwomen from various Districts decided they wanted to help with the organization’s Drive-thru Baby Shower, which took place at the hospital’s housing center in September.

To prepare for this event, from April to September clubwomen donated more than $12,000 worth of baby items and $1,300 in gift cards. Members then gathered to help sort and organize these donations.

Thanks to the generosity of a local army recruitment center donating a couple of trucks and some volunteers, clubwomen were able to transport all of the donations to the hospital. During the Drive-thru Baby Shower, staff gave out the items to approved families while clubwomen greeted the families with a warm welcome.

“It was just wonderful,” Jo Ann said. “We had such fun collecting everything, sorting it, and seeing the faces of the families. It was very heartwarming.”

She added the generosity of members resulted in a surplus of items for this year’s event.

“They were so pleased that they had so many items they could use them next year,” she said. “This was a great unity project.” 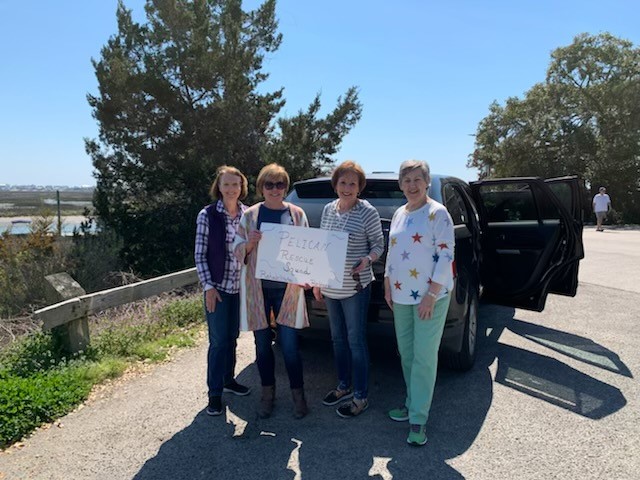 A few members of GFWC Women’s Club of Holden Beach (North Carolina) have been doing their part to support wildlife and the environment through the Sea Biscuit Wildlife Shelter in Brunswick County, North Carolina. The Sea Biscuit Wildlife Shelter is a nonprofit wild bird rehabilitation organization that provides medical treatment for wild birds that are injured, sick, or orphaned. Since opening, the nonprofit has helped return thousands of wild birds to their natural habitats.

In addition to the donations, the committee was entrusted to help transport two rehabilitated pelicans to Murrell’s Inlet.

In an article in the shelter’s newsletter, Cindy said although they were nervous about taking on the responsibility of freeing the birds, they were excited to help.

“It was such an experience that gave us all hope and joy to see these birds back to their natural habitat,” she said.

Since that first release, Cindy has continued to help transport wild birds for the shelter, even taking a class at the shelter to become comfortable scooping up and transporting injured pelicans and corralling other wild birds.

“It has been an honor to learn so much and be a part of this team,” she said.