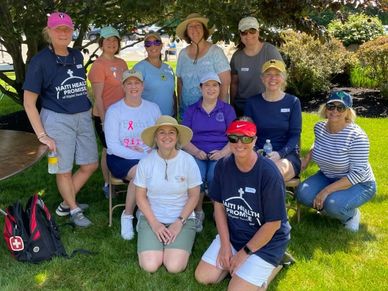 Twelve members of GFWC Wilbraham Junior Women’s Club (Massachusetts), along with several of their family members, joined a local church and several other community volunteer organizations to pack meals for those in need. The meal packaging event was in partnership with Feed the Hunger, a ministry organization that produces thousands of nutritious meals that are distributed through their partners to children and families. This meals curated during the packathon in June will go to Haiti to be distributed by the Haiti Health Promise of Holy Name facility in Milot, Haiti.

During the event, teams of 10 to 12 volunteers filled bags with rice, dehydrated pinto beans, dehydrated vegetables, and vitamin powder. Each bag was then weighed and sealed shut and packed to be shipped. The bags will provide a nutritious meal for six servings. More than 130 volunteers worked during the four hour event and 58,900 meals were packaged in total.

Jen Nowak, GFWC Massachusetts Second Vice President, said this event was a great way to work with other volunteer groups in the area while helping people in need.

“It was amazing how a relatively small number of volunteers could create that many meals in four hours,” she said. “It was well-organized and really made a huge impact on everyone who worked that day.”

Although this was the first time the program was held at the church, the club is hoping it will become an annual event.

“It was nice to know the meals were going to the hospital and going to everyone who needs it,” Jen said. 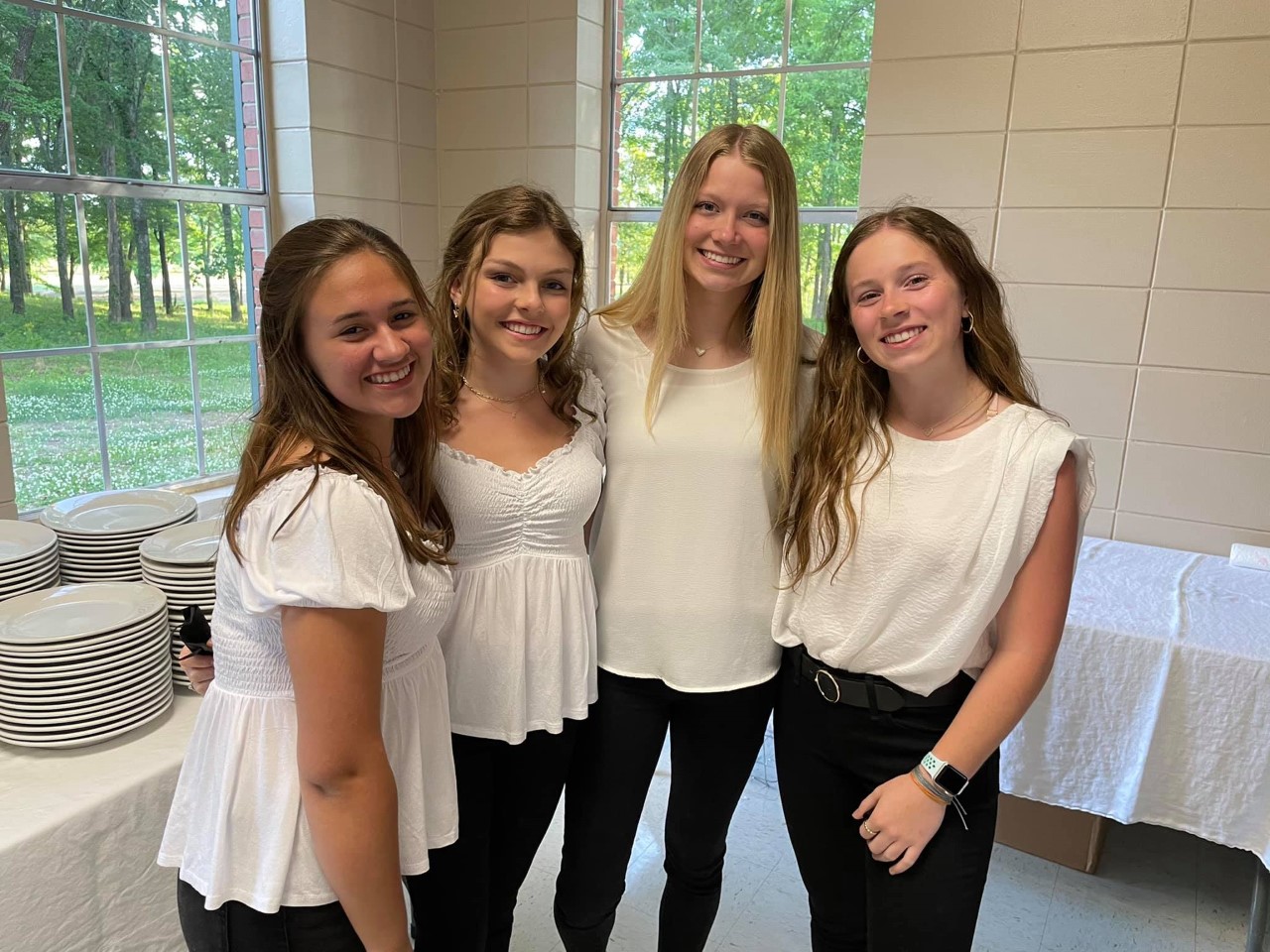 The Pontotoc Juniorettes Club (Mississippi) created their town’s first debutante-style charity ball. The event was held at the Pontotoc Country Club on May 11, 2021. Thirteen princesses from around Pontotoc County, including eight Juniorettes, raised money for GFWC Affiliate Organization St. Jude Children’s Research Hospital and Palmer Home for Children during the event.

Michelle Sutton, Director for the Pontotoc Juniorettes Club, said the juniorettes chose these organizations because they wanted to help children.

“We really tried to focus on the children this year,” Michelle said. “… As the director, I try to oversee the girls’ mission and they chose this as their goal.”

The theme for the ball was “masquerade” and princesses wore formal attire and carried a mask as they were escorted through tables filled with their biggest supporters. Michelle explained money was raised during the event through ticket sales and by sponsors for the girls. The girls attending could ask people to “Adopt a Day” during April, which consisted of donating $1 on April 1, $2 on April 2, and so on until $30 on April 30. More than $10,000 was raised from the ball. 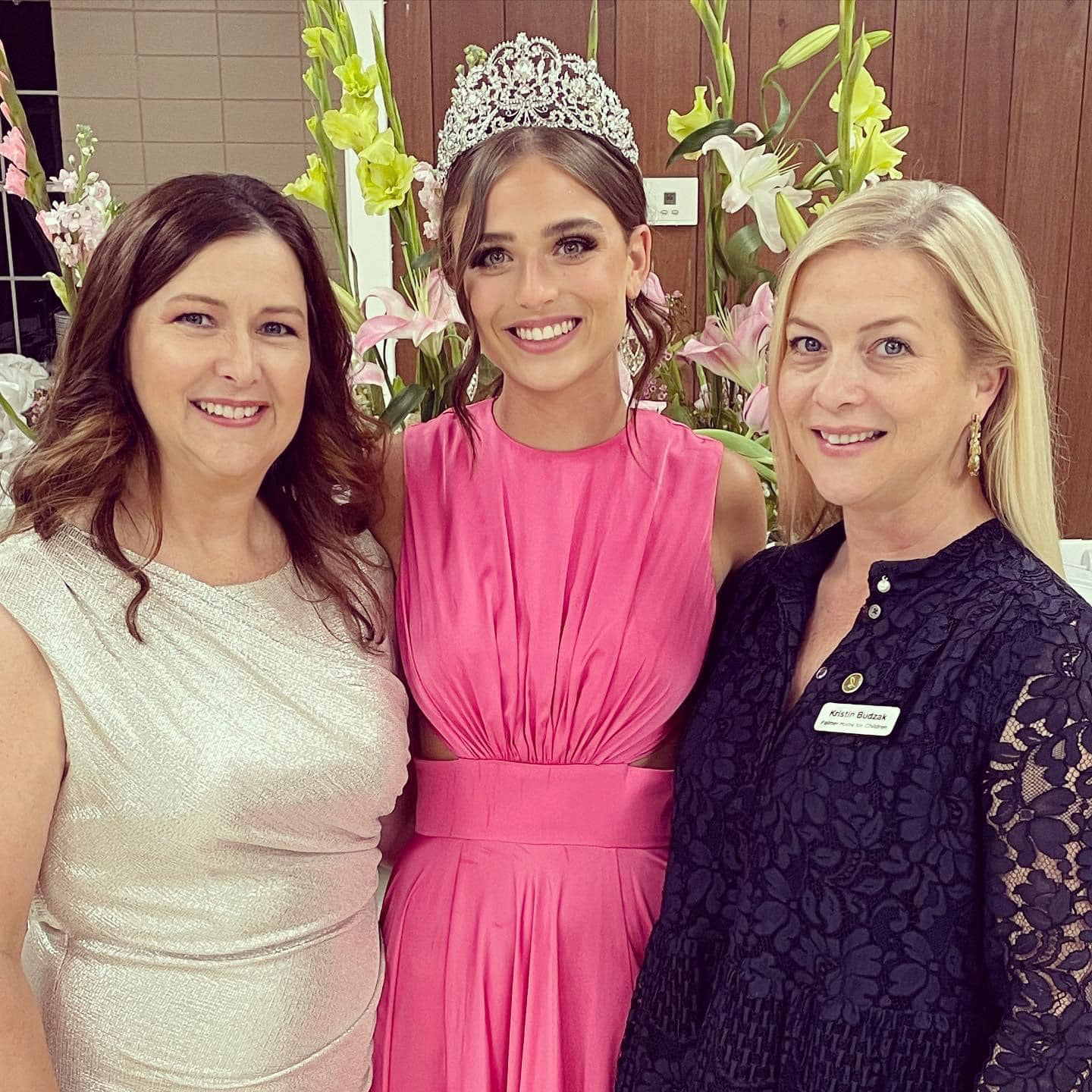 Michelle said the princess who helped raise the most money was crowned “Queen of the Ball,” and McKenzie Garrett, a college freshman and former juniorette, took the crown this year.

Although this was the first year the event was held, Michelle said it has been in the planning stages for a long time and was a great success.

“It gave us a chance to come together to serve a greater cause,” she said.