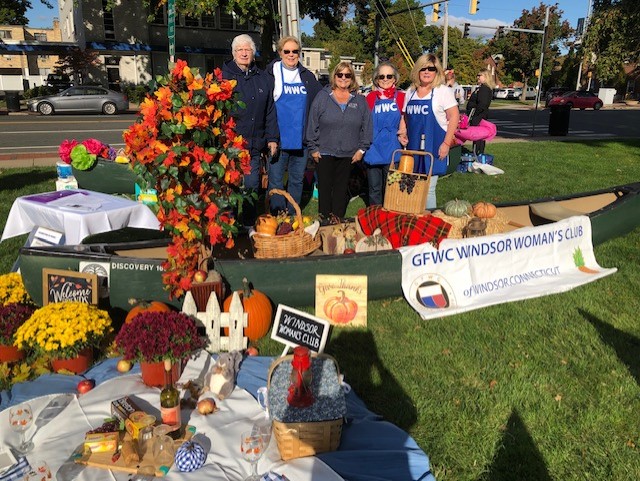 In October, the GFWC Windsor Woman’s Club (Connecticut) participated in the Annual Canoe Race on the Town Green, sponsored by a local Kiwanis club. Publicity Chairman Maureen Andryuk explained the “canoe race” involved decorating and filling a canoe with food, with donations and proceeds going toward the Windsor Food and Fuel Bank.

Maureen said the club was awarded three trophies for their participation, including one for the Best Decorated Canoe as well as for the most pounds of food and money collected. In total, the GFWC Windsor Woman’s Club donated 735 pounds of food and $880.

“We try to be very helpful to the Food and Fuel,” Maureen said. “We have given them so much over the years.”

She added that the clubwomen all believe in the importance of supporting this organization and enjoy participating in different fundraising events and donation drives throughout the year. Other activities the club has been involved in include donating gift cards in November to help families pay for their Thanksgiving dinners and helping to fill backpacks with food for the organization’s weekend food program.

“The Food and Fuel Bank helps the people in our town, and with the economy the way it is, I think people need help more than ever,” Maureen said. 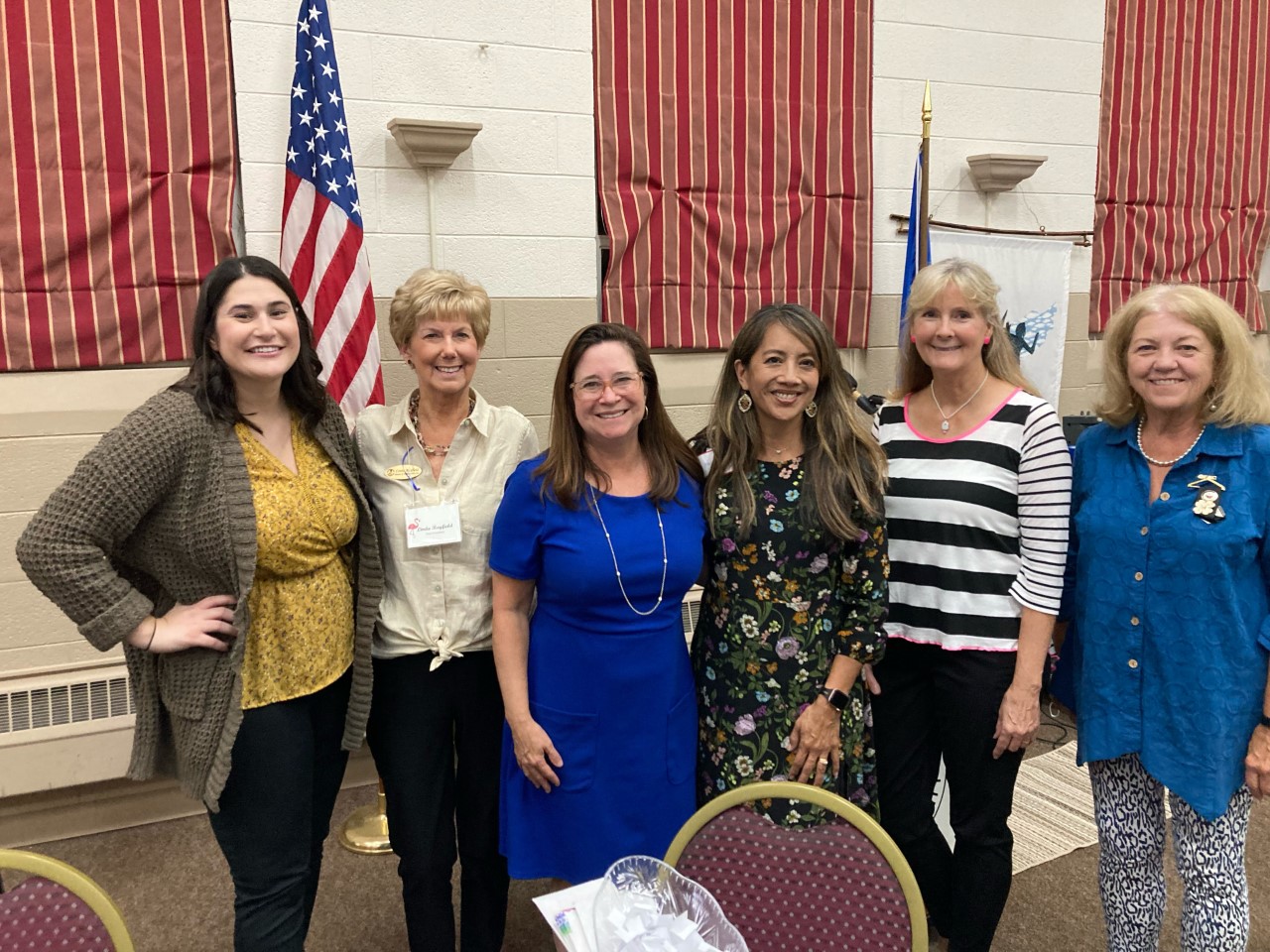 The Woman’s Club of Newport News (Virginia) organized a Bottle Auction last month to raise funds for human trafficking awareness. Club members were asked to donate items in a bottle that were wrapped or bagged so that the item was not visible, but attendees were given a clue as to what each item was during the auction. Event Chairman Linda Rayfield said a local professional auctioneer, Kyle Hause, volunteered his time for the event to help make the bidding fun for members and guests. In total, 14 packages were donated for the auction and the event raised $1,700.

Linda explained that the funds raised will help offset the cost of the FreeKind Prevention Project Curriculum that is taught to all incoming sixth graders in the Newport News School Division. Freekind was started by two area nonprofits, the Richmond Justice Initiative and the Virginia Beach Justice Initiative, and it aims to both help support survivors of human trafficking and to educate youth about how to avoid being exploited by traffickers.

Linda said the clubwomen all strongly believe in the mission of this program and the value of bringing awareness to the community.

“It’s important to empower kids with this information,” she said. “Human trafficking is happening everywhere, so we all wanted to help support this program.”