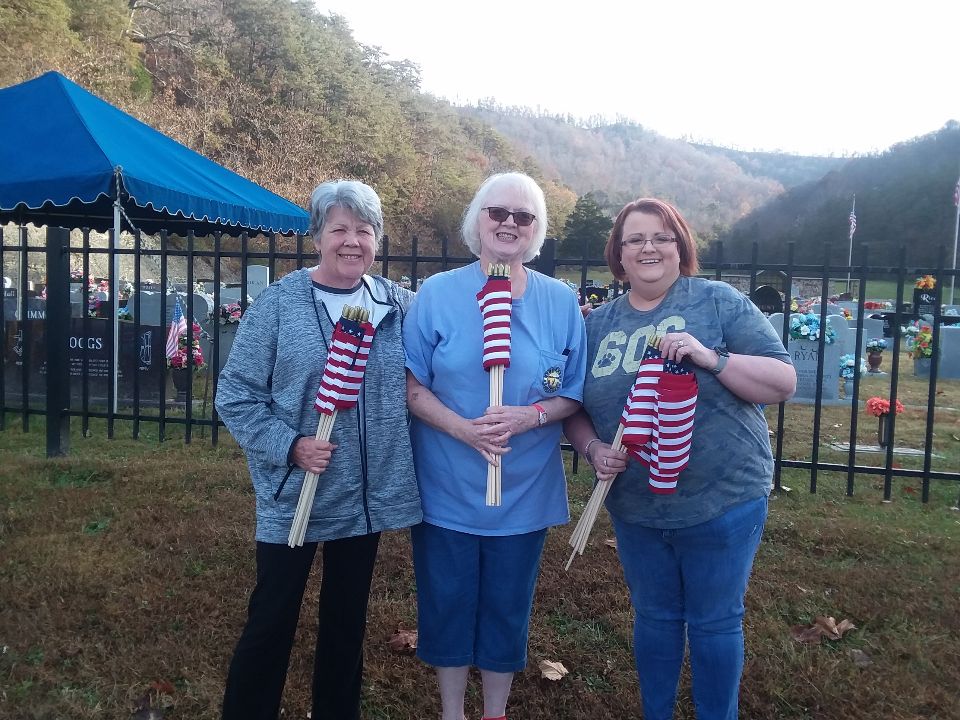 Members of the GFWC Prestonsburg Woman’s Club (Kentucky) spent Veterans Day placing American flags at the graves of veterans in their local cemetery to show their respect and honor the men and women who have served in the military. Club President Sabra Jacobs said the club has been participating in this project for at least six or seven years.

“We all love to have this opportunity,” she said. “We almost all have loved ones who have been in the military at one point or another, or if not, we want to celebrate these veterans and show how thankful we are for their service.”

This year, clubwomen placed nearly 140 flags at graves in Gethsemane Gardens. Sabra said members also take the time to remember and honor the veterans’ sacrifices while they are placing the flags. She added that members look forward to this project each year as it is a simple but heartfelt way to show their respect and support to service members.

In addition to the club members enjoying this project, Sabra said the community and cemetery owners have expressed their support and appreciation for this annual project. 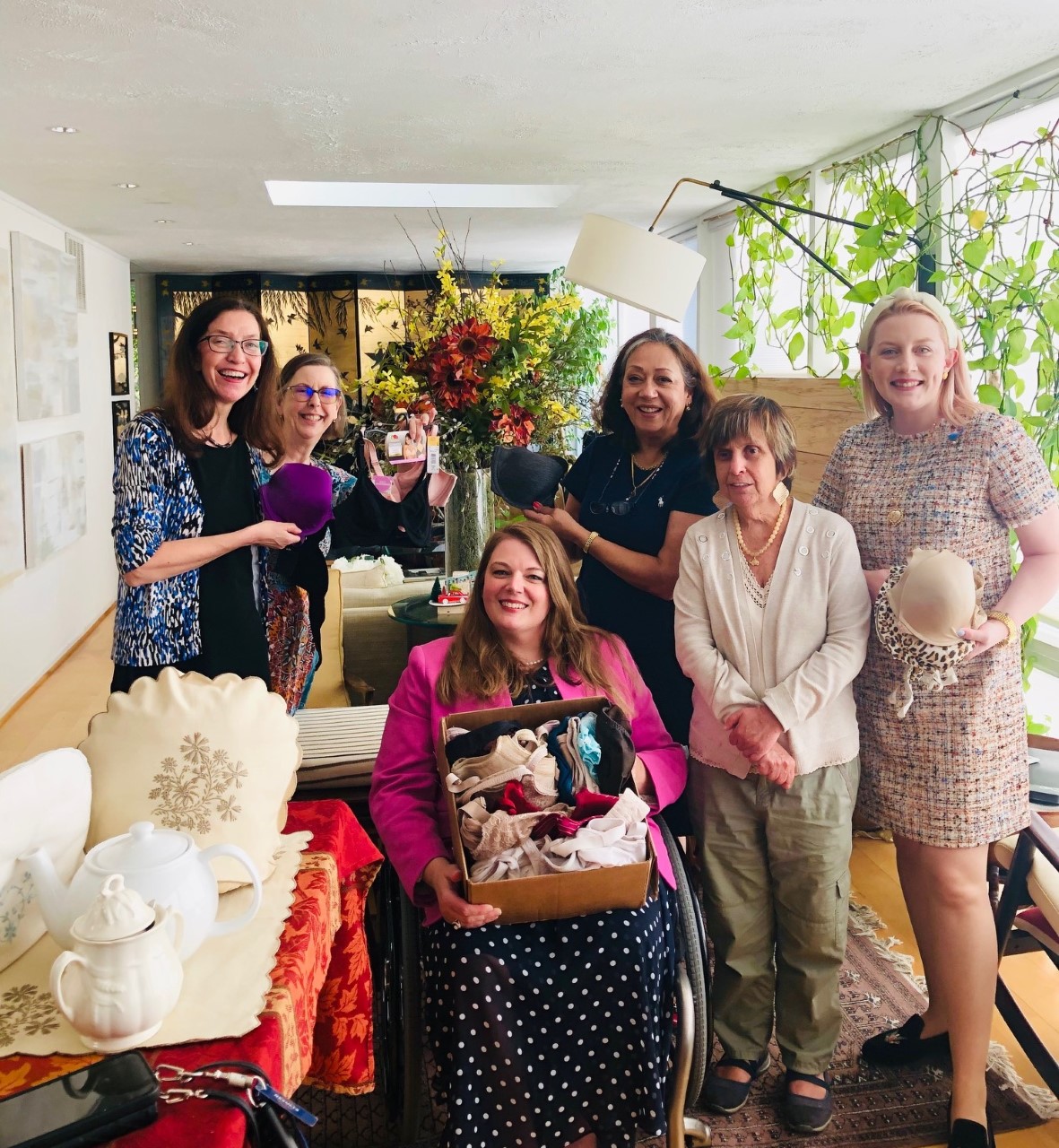 Clubwomen with the GFWC District of Columbia Club (Washington, DC) have collected more than 160 new and gently used bras and at least 25 boxes of tampons in just two months for individuals experiencing homelessness, impoverishment, or other challenges. GFWC District of Columbia President Mohra Gavankar explained that the club will donate the items through I Support The Girls, an organization that collects donations of bras and individually sealed tampons and maxi pads and distributes them to girls in need across the U.S. and globally. She added that the club first heard about the organization through a fellow member who thought it would be a worthy mission to support.

“Women who are in a challenging position sometimes have to make a decision between buying tampons or buying bras and feeding their families,” Mohra said. “Period products are an essential item for women all over the world.”

After receiving such an encouraging response for the project, Mohra said the clubwomen decided they would continue with this project and that they hope to make a positive impact in the lives of others.

“We can do something to change our little corner of the world,” she said.