GFWC Advocates for Children Week is a time of year when there’s no shortage of Volunteers in Action! Clubwomen in every corner of the country dedicate their time, energy, and resources to make an impact in children’s lives. In this blog post we’re featuring GFWC Greater West Palm Beach Women’s Club (Florida), GFWC Wisconsin, and the GFWC Southern Region, but that’s just a small glimpse into the immense influence that GFWC had during the week.

GFWC Wisconsin State President, Deb Brossard, requested and received a Proclamation from the Governor’s Office with regards to establishing October 21 to October 27 as GFWC Advocates for Children Week in Wisconsin. The Proclamation was shared on Facebook and displayed on the state website. Great job GFWC Wisconsin for raising visibility of the observance! 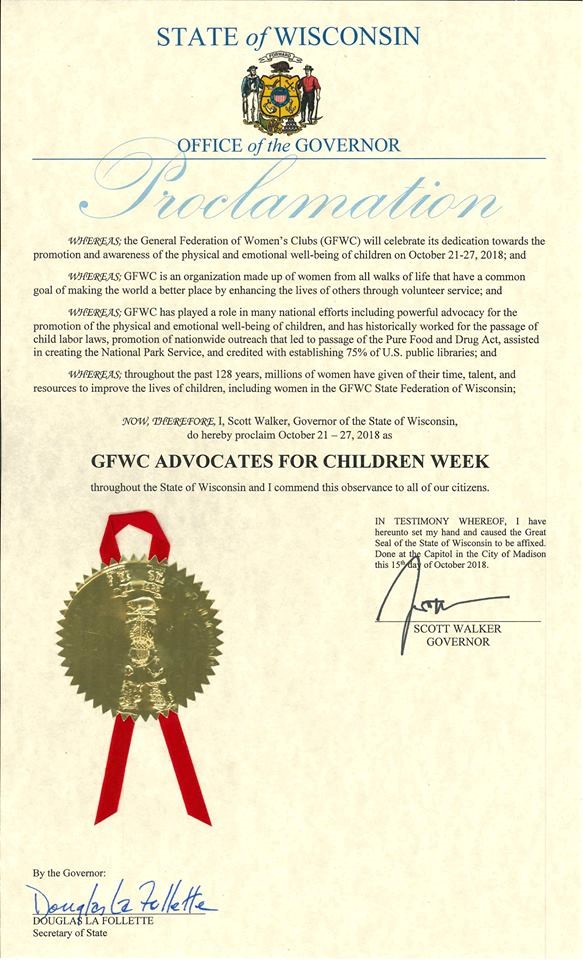 That’s not all they did! Clubs across Wisconsin did a variety of projects that showcase the numerous ways to support children. Lakeland Area GFWC members participated in the Food for Kidz event held at the Lakeland Union High School, Minocqua. They joined over 300 other volunteers with a goal to package 175,000 meals in a four hour period. The meals will be distributed to local food pantries and through the organization’s main headquarters to other food insecure families outside of the Lakeland Area. 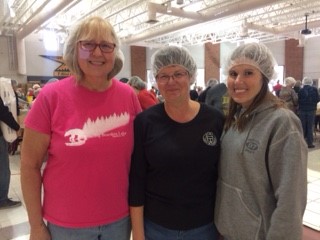 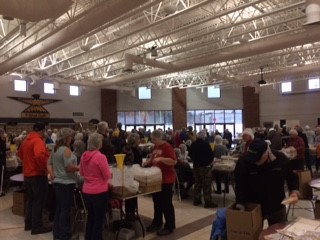 The GFWC Kenosha Junior Woman’s Club made Worry Dolls that will be donated to local shelters. There’s a zipper on the doll and children can write down their worry and put it inside so the doll can take the worry away. 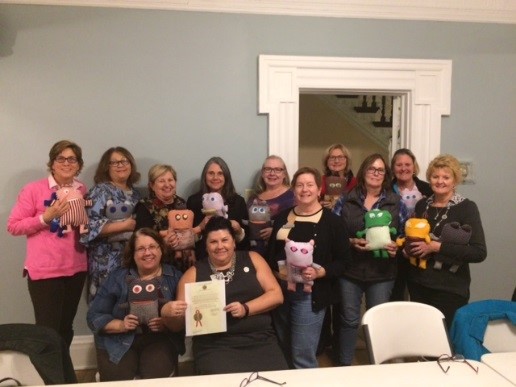 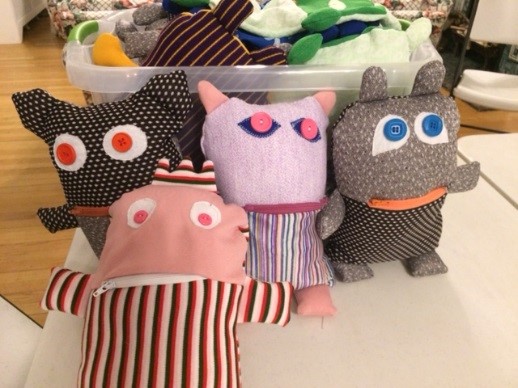 The GFWC Menomonie Woman’s Club had a speaker from The Foster Closet, a non-profit in Menomonie that provides clothing, blankets, hygiene items, backpacks, stuffed animals, etc., for children who are going into foster care. Club members learned that often, when children are taken from a home, especially if there is meth in the home, they literally have nothing but the clothes that they are wearing. The club had previously donated a number of tie blankets they had made along with some stuffed animals. At their October 22 meeting, the club voted to donate $200 to this organization and to collect items for the group at their December Christmas party.

As a kick off to GFWC Advocates for Children Week, the Woman’s Club of Pewaukee participated in Positively Pewaukee’s Halloween Fun Fest  by handing out Tootsie Pop Ghosts to the costumed children. Braving wind gusts of 25 mph, a freak snow storm, and bitter cold, the ladies distributed 225 “Ghosts” to excited children and parents. Frozen fingers were warmed by children’s smiles and exclamations. 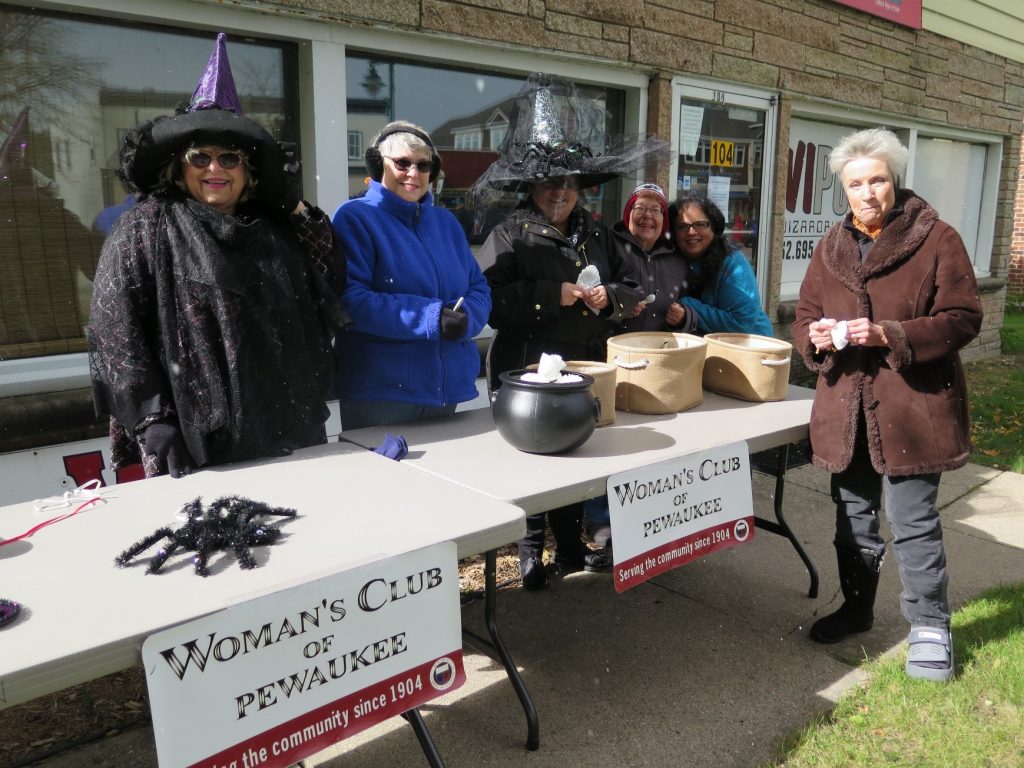 Despite it being barely 40 degrees and windy, members of the GFWC-Pleasant Prairie Woman’s Club participated in the Barth Storage Trunk or Treat free event to encourage families to engage in safe trick or treating. They distributed candy and toys donated by club members, free Texas Roadhouse kids’ meal vouchers donated by Texas Roadhouse, and club information to over 1,000 children in a controlled, safe environment. Everyone had a great time seeing all the kids dressed up in their costumes and plan on attending next year too.

The GFWC Brillion Woman’s Club collected children’s books to donate to children in area who wouldn’t have their own book to keep. The club is also collecting Dr. Suess books for one of the 2018-2020 Grand Initiatives. The GFWC De Pere Woman’s Club installed a Little Free Library! GFWC Shorewood Woman’s Club held a Rummage Sale with proceeds from the sale going back in the community. Several members have also contributed Dr. Suess books or funds specifically for the Grand Initiative.

The GFWC Woman’s Club of Greenfield did a formal presentation of a Buddy Bench that they purchased for Glenwood School. Members met with the Public Relations Representative from Milwaukee Public Schools, the school principal, and four of the students to have their pictures taken with them and the bench. The purpose of the Buddy Bench is for children to demonstrate that they care about each other.  Some children have difficulty interacting with other children at recess or they could be new to the school and haven’t made any friends as yet.  The students are told if they see someone sitting on the bench it means they are looking for a friend and they should go and talk to them. 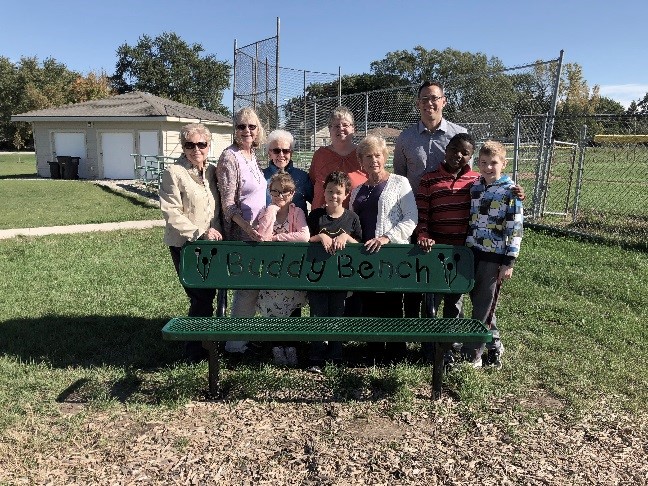 The GFWC North Shore Junior Woman’s club is in its third year of participation in the Emerging Readers program through United Way of Greater Milwaukee & Waukesha County. They are paired with two children they sponsor. They encourage their passion for reading throughout the school year by donating books quarterly that pair with their interests and reading level. The children send back hand written thank you cards after each donation. The club’s first donation occurred on October 25 and they have a great selection to drop off. This is an activity the members of the club really enjoy participating in.

The GFWC Spooner Woman’s Club collected hats, mittens, and socks and took them to the elementary school nurse, while the GFWC Amery Woman’s Club sponsored a Ticket Train at the local elementary school. Members manned a cart and visited each classroom, and children received tickets for good behavior and got to pick out a prize from the Ticket Train.

The GFWC Woman’s Club of Monroe’s annual Christmas Stocking Program is well underway. The program’s main purpose is to give children in need a merrier Christmas. Last year they touched more than 900 children’s lives.  Club members devoted volunteer hours this week by either calling people to shop, gathering names, meeting with local businesses for the toy drive, and other steps that need to be completed before the beginning of November.

The GFWC Blanchardville Woman’s Club delivered personal care items to a place that works with children who will give them to children in need. The club collected about 20 toothbrushes, 22 tubes of toothpaste, 15 containers of shampoo, 5 packages of female hygiene items, 8 deodorants, 15 soaps of different kinds, 7 bottles of body wash, 50 small container items, and a razor. Many grateful children will be able to use these items to help experience a better day-to-day life. The club intends to keep full shelves at the site for future needs.

The GFWC Southern Region showed it’s true southern charm by supporting the GFWC Advocates for Children week. Clubs across the region read to children, supported Special Olympic athletes, collected books, held milk and cookies activities for Heifer International, focused on anti-bullying campaigns, and raised money for March of Dimes. The GFWC Southern Region Conference took place during Advocates for Children Week, so the Directors of Junior Clubs from Florida, Georgia, and South Carolina co-hosted a junior fun night called “The HeartBeat Of Our Future” to support GFWC Partner March of Dimes. They played bingo and tenzies, raising $1030.00! It was a great way to kick start Advocates for Children Week, and they hope to continue the fun next year.

The GFWC Rhinelander Woman’s Club has an ongoing commitment to advocate and educate children. During the month of October, some club members read in local daycare centers and then donated the books through a program called “Food for the Mind.” Others met with middle school Language Arts teachers and school principals to initiate a new endeavor, their first involvement with the GFWC Youth Writing Contest. Several members made plans and reserved dates for their 22nd Helen Mears Art Contest exhibit to be held in April at their public art gallery, ArtStart. October is their big month for sending out donations, many of which will benefit the community’s youth and the youth in their international outreach. Some of these donations included: Kids in Need Youth Program, Girls on the Run of the Northwoods, Trees for Tomorrow scholarships, Children’s Hospital of Wisconsin-Community Services, Potency of Poetry middle school poetry workshop, Food for the Mind, YMCA of the Northwoods, Rhinelander District Library, KIND science news magazine for grades 3-5, Operation Smile, Shot @Life, and UNICEF. 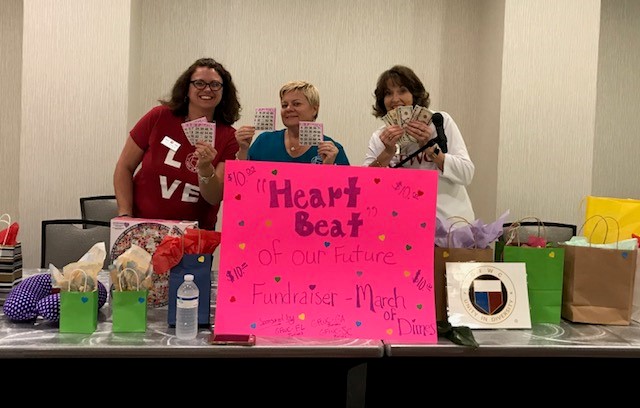 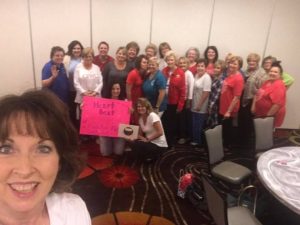 Members of the GFWC Greater West Palm Beach Women’s Club (Florida) delivered 41 pajamas to the children in Harmony House, the Domestic Assault shelter in Palm Beach County, to mark Advocates for Children week. The club hopes the new pjs will bring smiles to the children.