In recognition of National Volunteer Week from April 18 through April 24, people around the country will celebrate the individuals in their communities willing to go the extra mile to help others. GFWC clubwomen are committed to Living the Volunteer Spirit, and it is this spirit that we want to recognize this week as well with a special three-part blog series that highlights members’ efforts. Although we are shining an extra light on volunteers this week, GFWC is proud to share the inspirational stories of clubwomen volunteering to make a difference for others every week.

On April 22, people around the world will celebrate Earth Day to raise awareness about the environment, global warming and climate change and encourage people to volunteer for the good of the planet. Several GFWC Mississippi clubs have created community service projects of their own dedicated to taking care of the earth.

The three-foot-long cylindrical bins constructed of PVC drain pipe are mounted to fishing piers at launch ramps or marina boat docks, and are part of the “Reel In and Recycle” national fishing line recycling program. These bins help keep fishing line out of waterways where it can be dangerous to wildlife.

Clubwomen are in charge of cleaning, caring for, and maintaining the bins. These recycling bins have been so successful for the boaters and fisherman that they are adding two additional bins to a local park with signs stating their purpose. 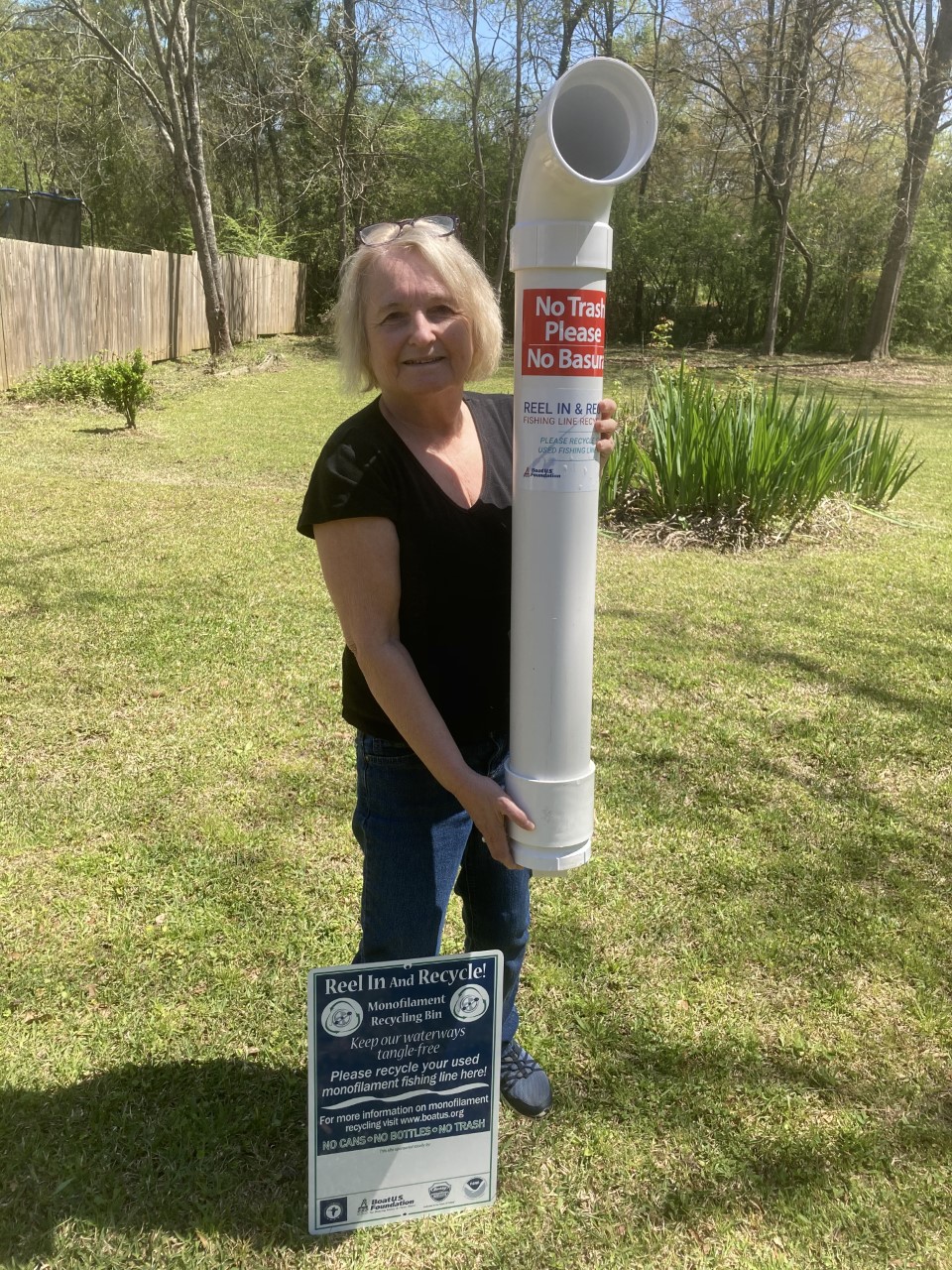 Members of the Civic Women’s Club of Picayune also are participating in various environmentally-focused community service projects. One of these projects was a “Save Our Resources” challenge which began in February and ended in April that required members to identify habits that are wasteful of natural resources and work to change those habits during the challenge. This could be as small as turning off lights in unused rooms or turning off water when brushing their teeth. As part of this challenge, members were also encouraged to find new uses for no longer needed items that would otherwise end up in a landfill. One member discovered that a local elder adult facility was in need of DVDs for residents to enjoy, so instead of being thrown away, several DVDs were donated.

The club also partnered with Keep Picayune Beautiful to help sponsor the city’s clean-up day on April 17. Clubwomen helped set up, work the registration tables, issue cleanup supplies, and form a team to pick up trash. Members also made a monetary donation to the city for this project. 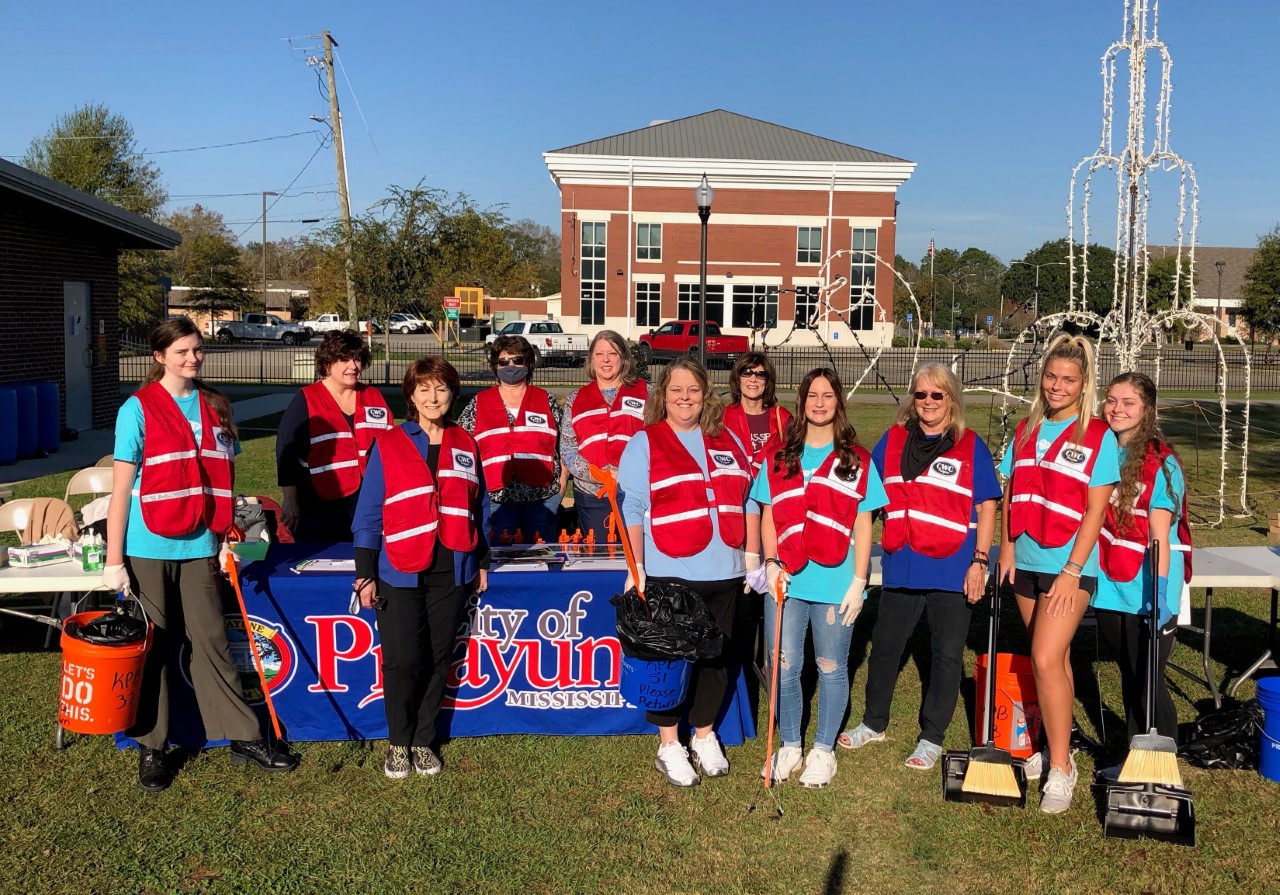 Finally, the Pontotoc Woman’s Club contributed 33 pounds of bottle caps for direct recycling at Green Tree Recycling. The battle caps joined more than 600 pounds of other plastic caps collected by area Boy Scouts, elementary schools, and other groups for the ABC Promise Partnership Program. Miranda Georges drove the pickup load to Indiana and returned with six park benches as part of the program.

The ABC Promise Partnership Program is a cap and lid program designed by school children for school children as a tool to learn about caring for the earth and green living. 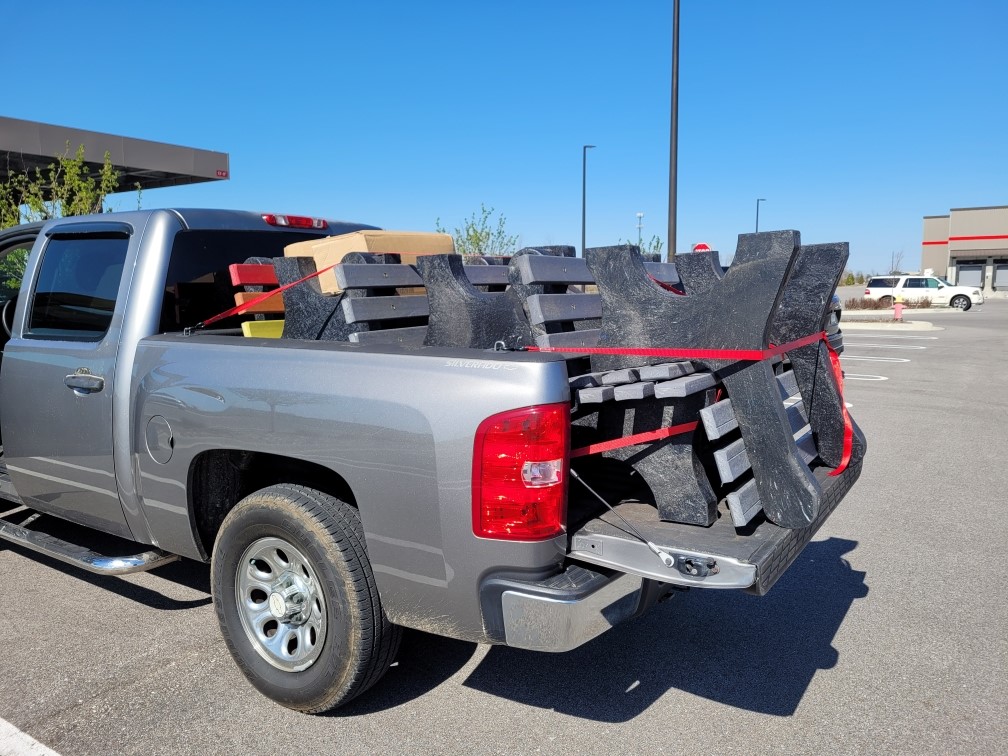