In recognition of National Volunteer Week from April 18 through April 24, people around the country will celebrate the individuals in their communities willing to go the extra mile to help others. GFWC clubwomen are committed to Living the Volunteer Spirit, and it is this spirit that we want to recognize this week as well with a special three-part blog series that highlights members’ efforts. Although we are shining an extra light on volunteers this week, GFWC is proud to share the inspirational stories of clubwomen volunteering to make a difference for others every week. 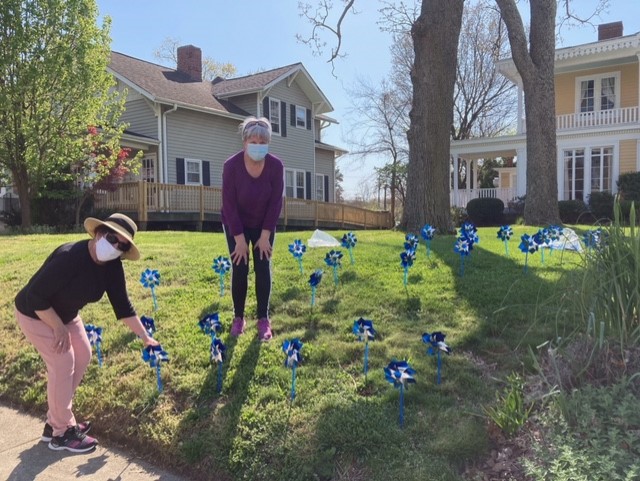 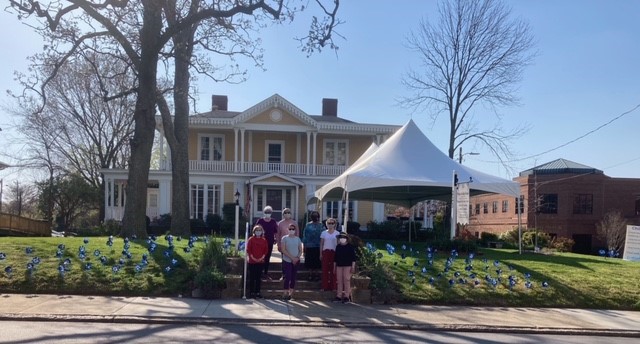 The GFWC Greensboro Woman’s Club (North Carolina) strongly supports GFWC Affiliate Organization Prevent Child Abuse America (PCAA) Pinwheels for Prevention campaign. The club purchased 150 pinwheels to create a pinwheel garden and eight clubwomen spent an afternoon arranging the pinwheels on the lawn of the historic Weir-Jordan House in downtown Greensboro. This house is used as the club’s clubhouse and is located in a high traffic area, ensuring maximum awareness of this important cause. A banner was also erected on the lawn to highlight the goals of the Pinwheels for Prevention campaign. 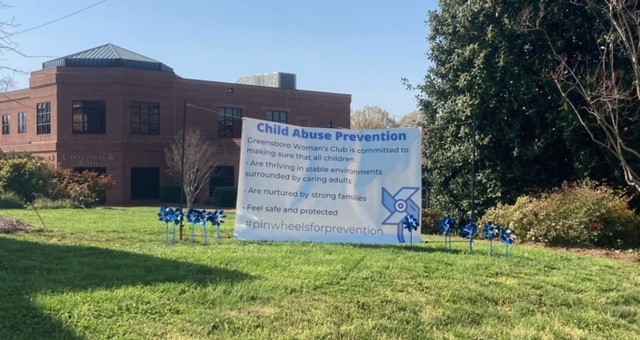 PCAA introduced the Pinwheels for Prevention campaign in 2008 as the official symbol of great childhoods. The pinwheels represent childlike whimsy and lightheartedness, and PCAA’s vision for a world where all children grow up happy, healthy, and prepared to succeed in supportive families and communities. 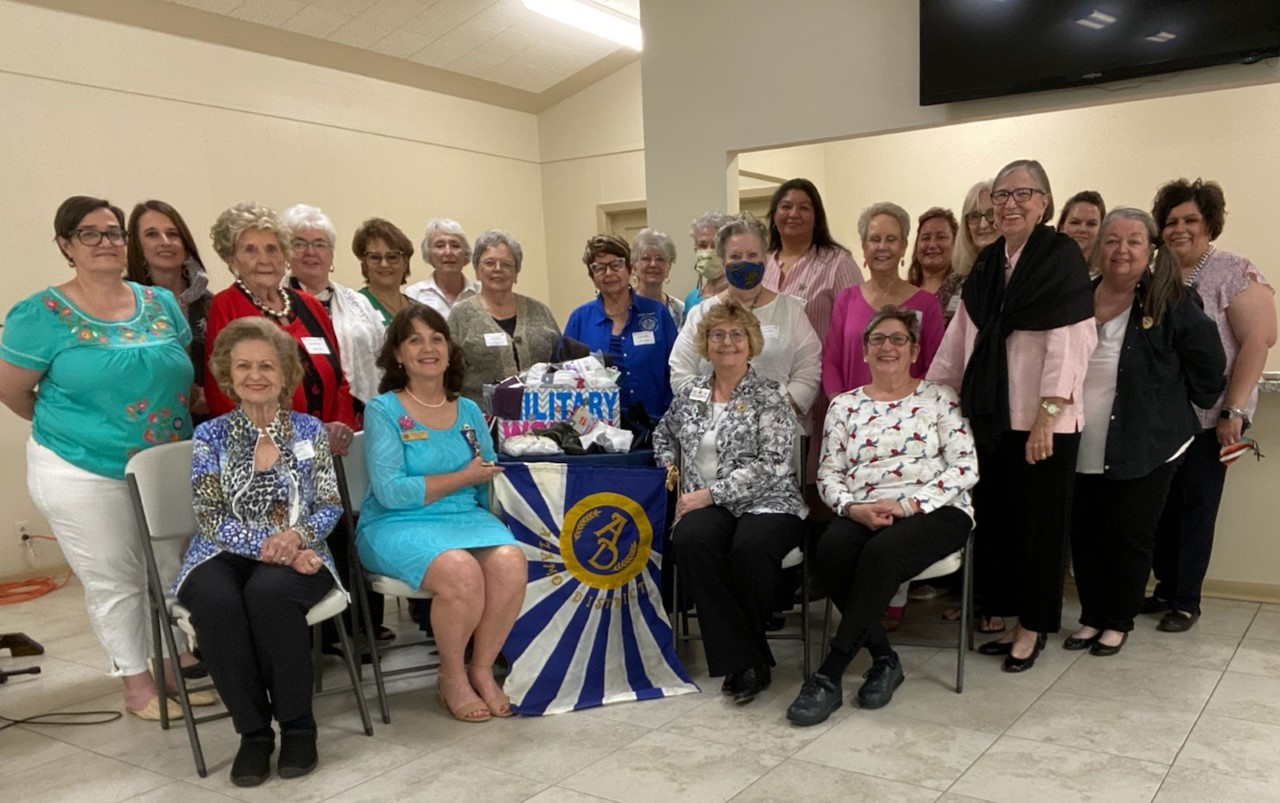 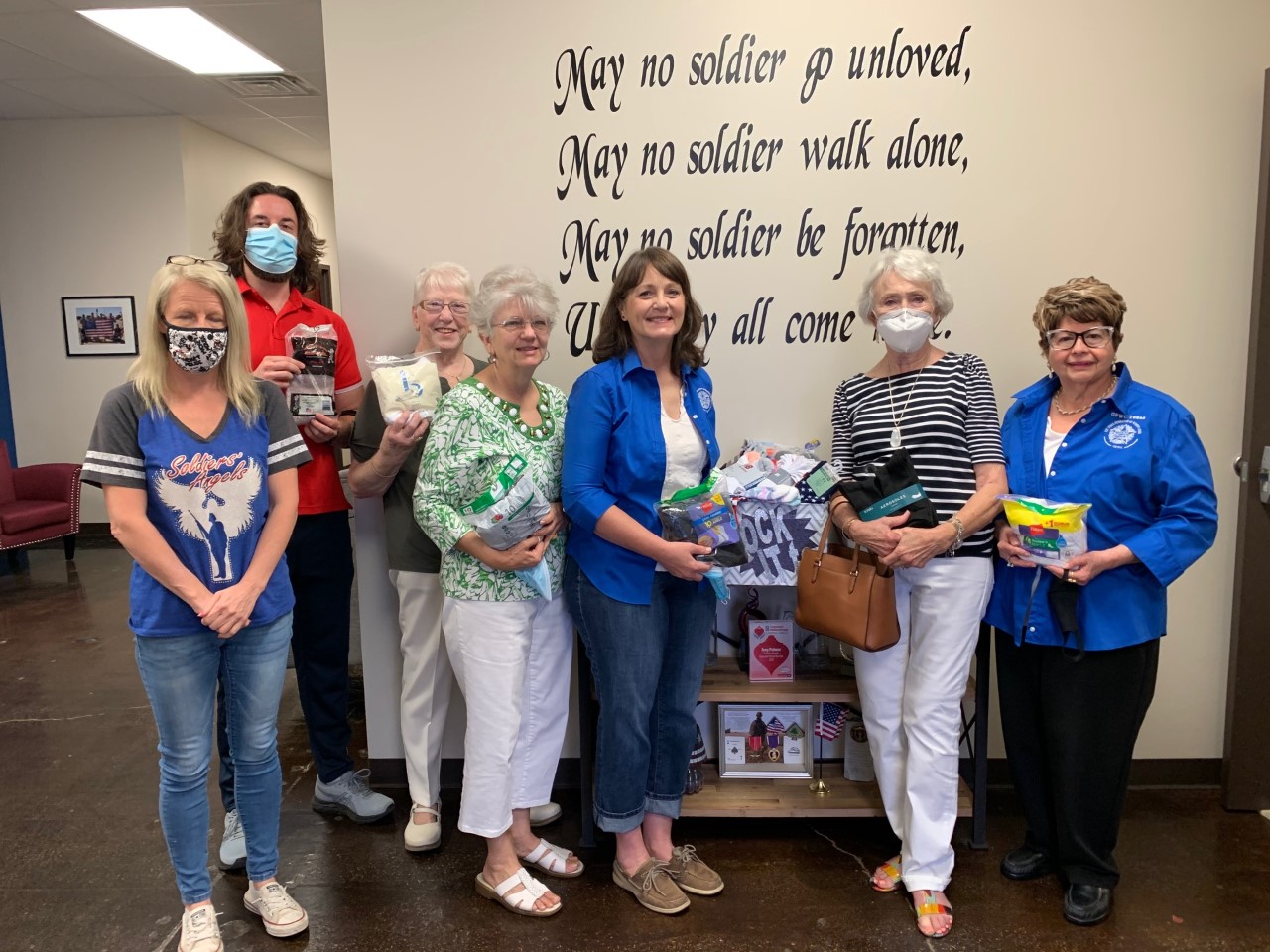 GFWC Texas Alamo District held their annual Spring Convention on March 27, 2021, hosted by the Woman’s Club of Cotulla in Cotulla, Texas. Alamo District President Novella Byrd requested that attendees bring a package of women’s socks to the meeting for a one-and-done project. As a result, more than 130 pairs of socks were collected during the event. The socks were donated to the nonprofit organization Soldiers’ Angels. The socks will be distributed to women active duty personnel or women veterans. The organization states that socks are the number one requested item on all request lists. The mission of Soldier’s Angels is to provide aid, comfort, and resources to the military, veterans, and their families. The motto of the organization is “May No Soldier Go Unloved;” which fits seamlessly with the theme of President Byrd’s administration, “Serving Those Who Serve.”