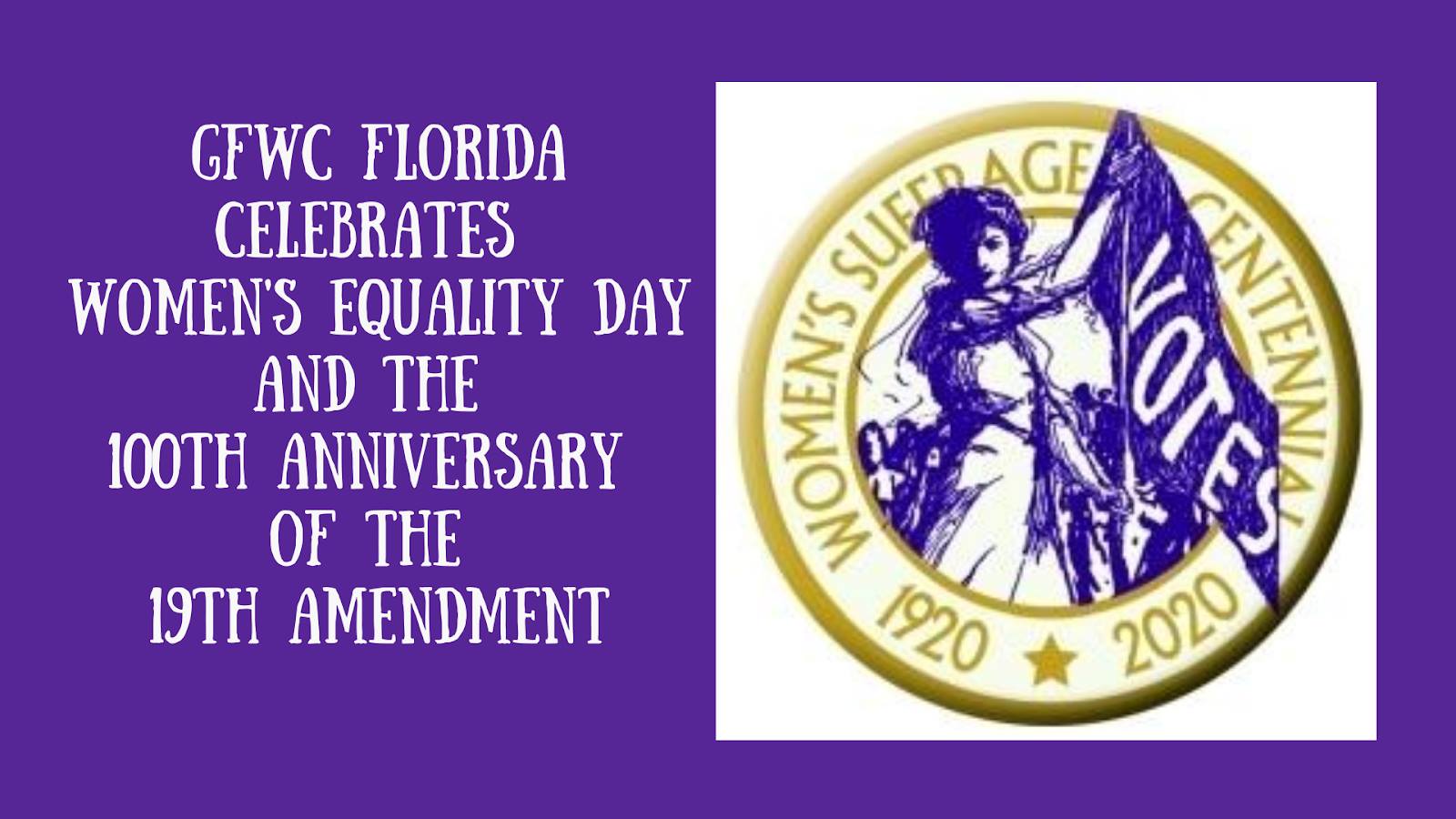 Clubwomen across the state of Florida donned their suffragist sashes, posters, hats, roses, parasols, and sturdy shoes and took to the streets, both in person and virtually, to celebrate the 100th Anniversary of the women’s right to vote. These photos are a small sample of the celebrations and the powerful statements made by our clubwomen of today as they followed in the footsteps of their club sisters from 100 years ago. 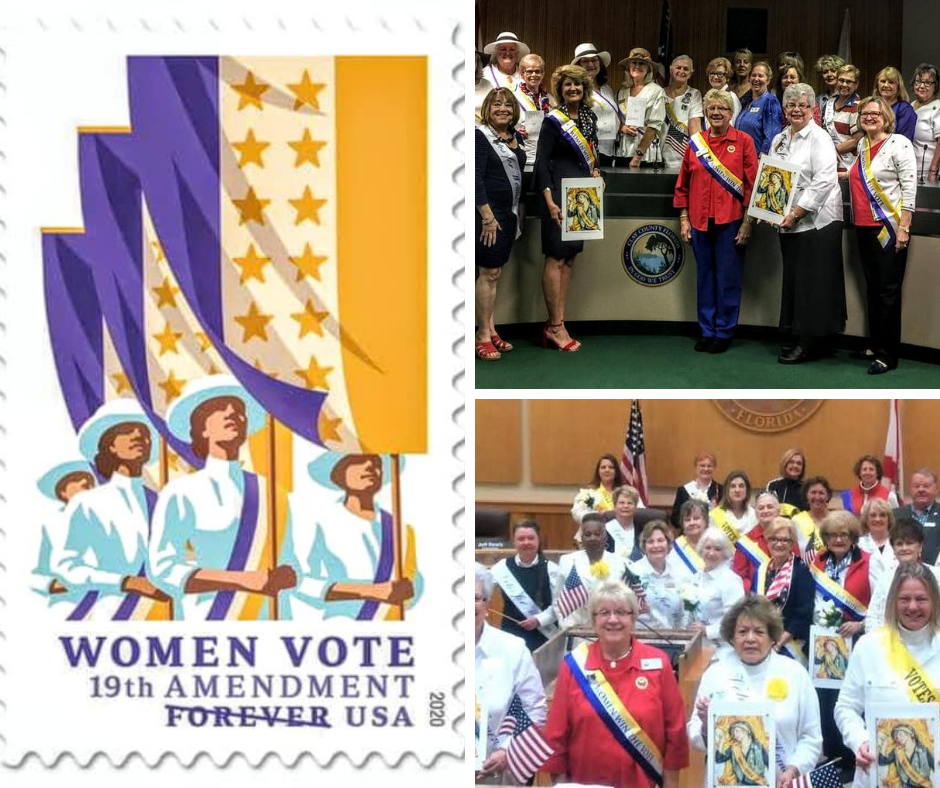 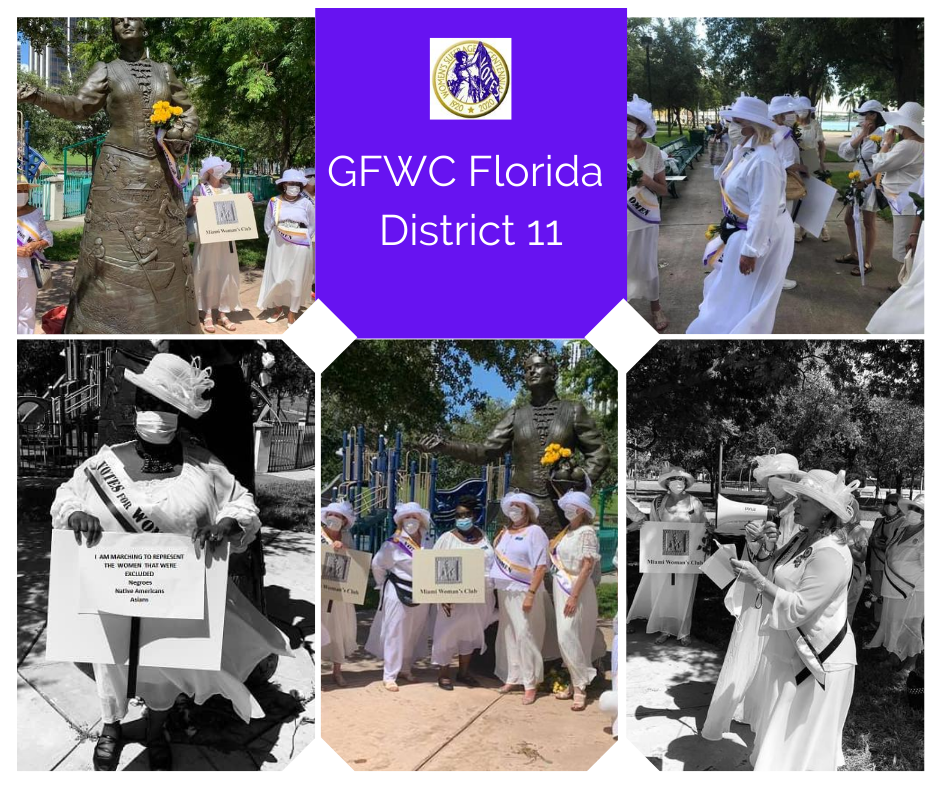 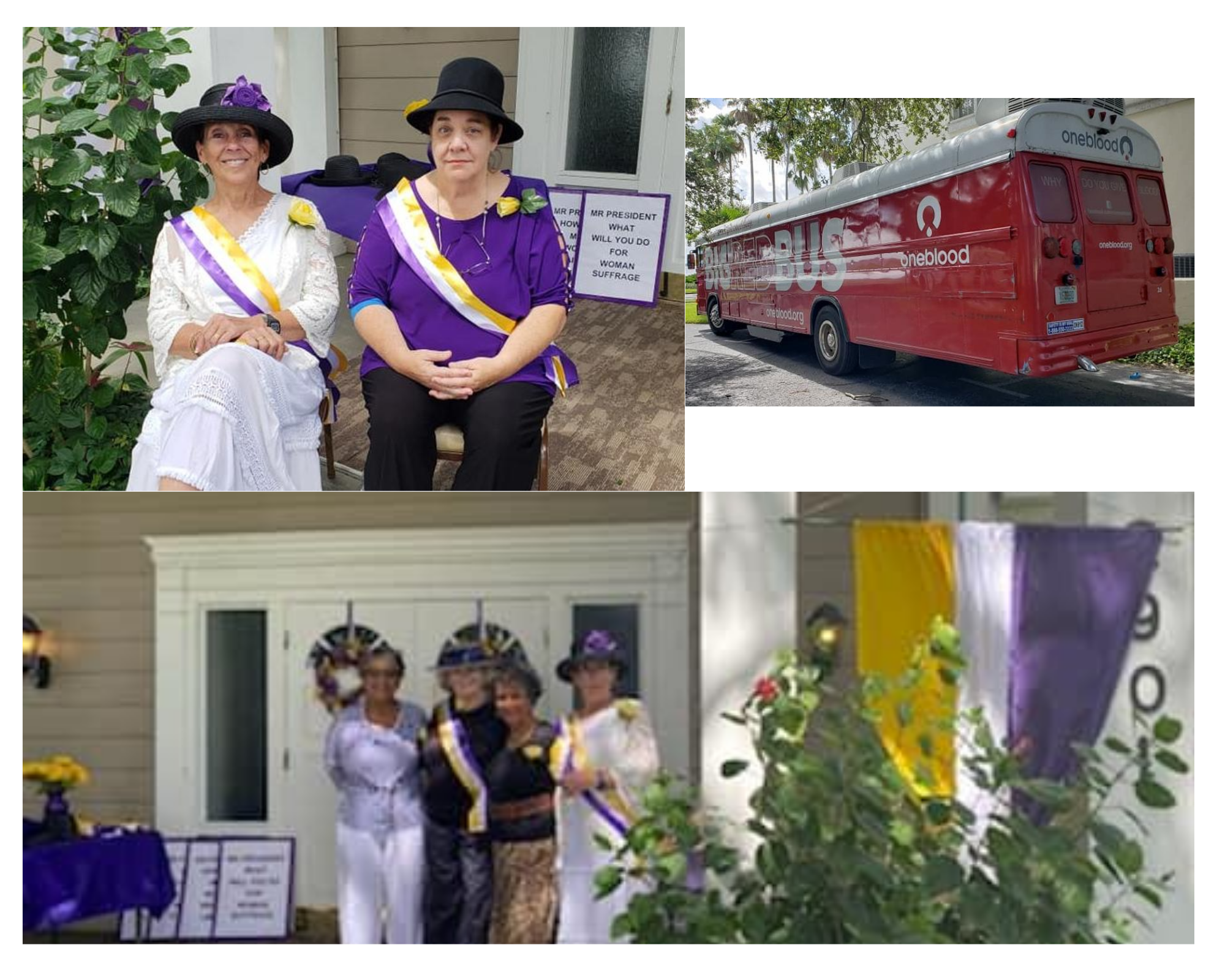 The Village Improvement Association of Rehoboth Beach (Delaware) joined the League of Women Voters, Delta Sigma Theta, the Sunshine Circle Club, and other groups to celebrate the 100th Anniversary of the 19th Amendment on August 26. A suffrage flag was presented to Rehoboth Town Manager Sharon Lynn. The flag will be flown over City Hall for two weeks to remind everyone of the historic day 100 years ago when women were given the right to vote. 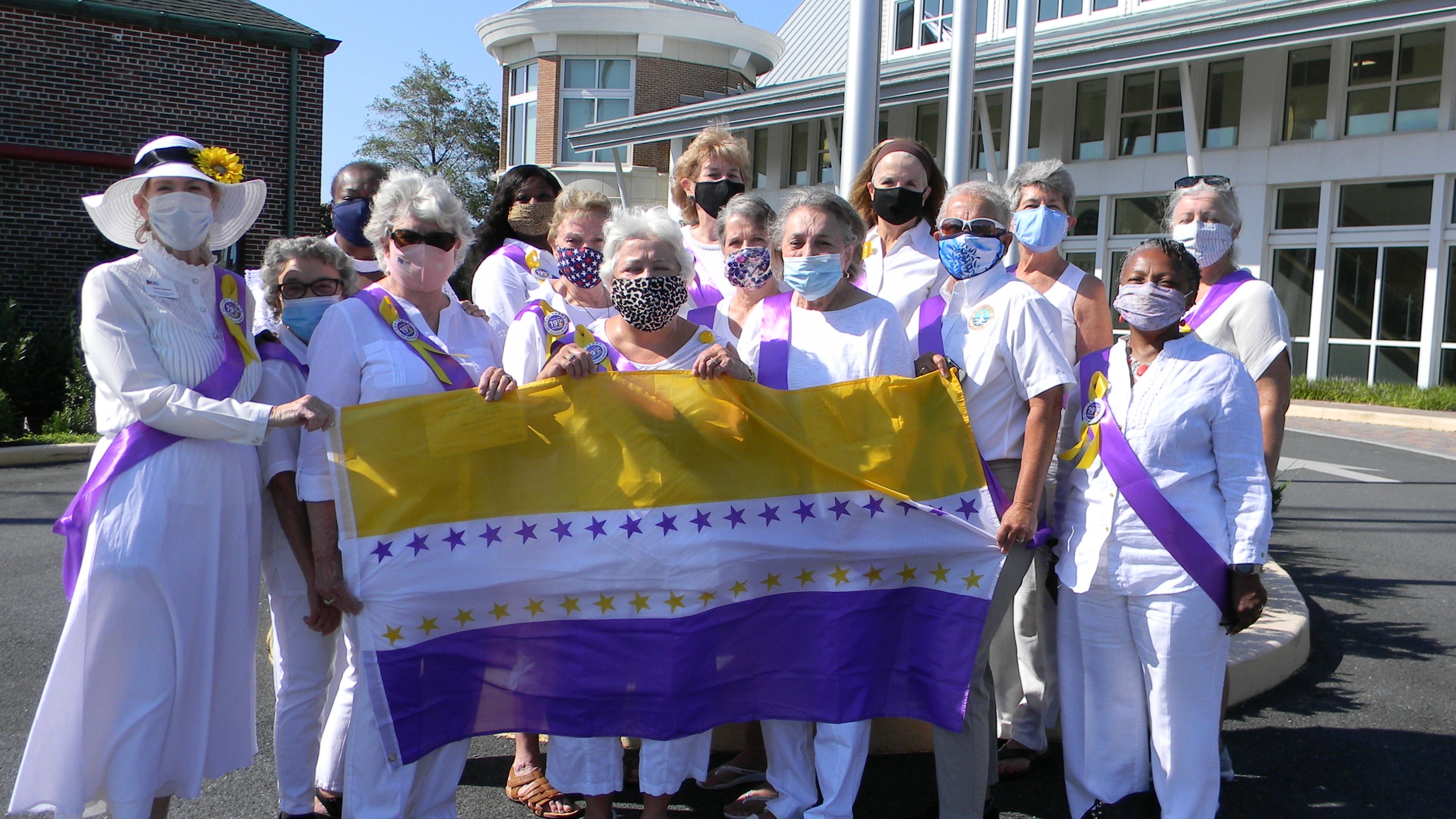 Members of GFWC Woman’s Club of Aurora (Illinois) celebrated the 100th Anniversary of the 19th Amendment with a luncheon/meeting in a large, white tent at Orchard Valley Golf Club. Flowered hats, sashes, displays, and favors used the suffrage colors of purple, gold, and white in honor and celebration of all the women throughout the years who won the right-to-vote for us. Members held “Votes for Women” signs and enjoyed a display table filled with items and pictures on the Amendment. GFWC Illinois Past State President, Martha Bein gave a wonderful program on the Anniversary and Amendment.

In the weeks prior to the event, President Cindy Gustafson used social media to inform the membership about important programs and activities, both nationally and locally on the Suffrage and the Centennial. The club’s fall newsletter highlighted the Anniversary and were mailed using the 19th Amendment: Women Vote Stamp. 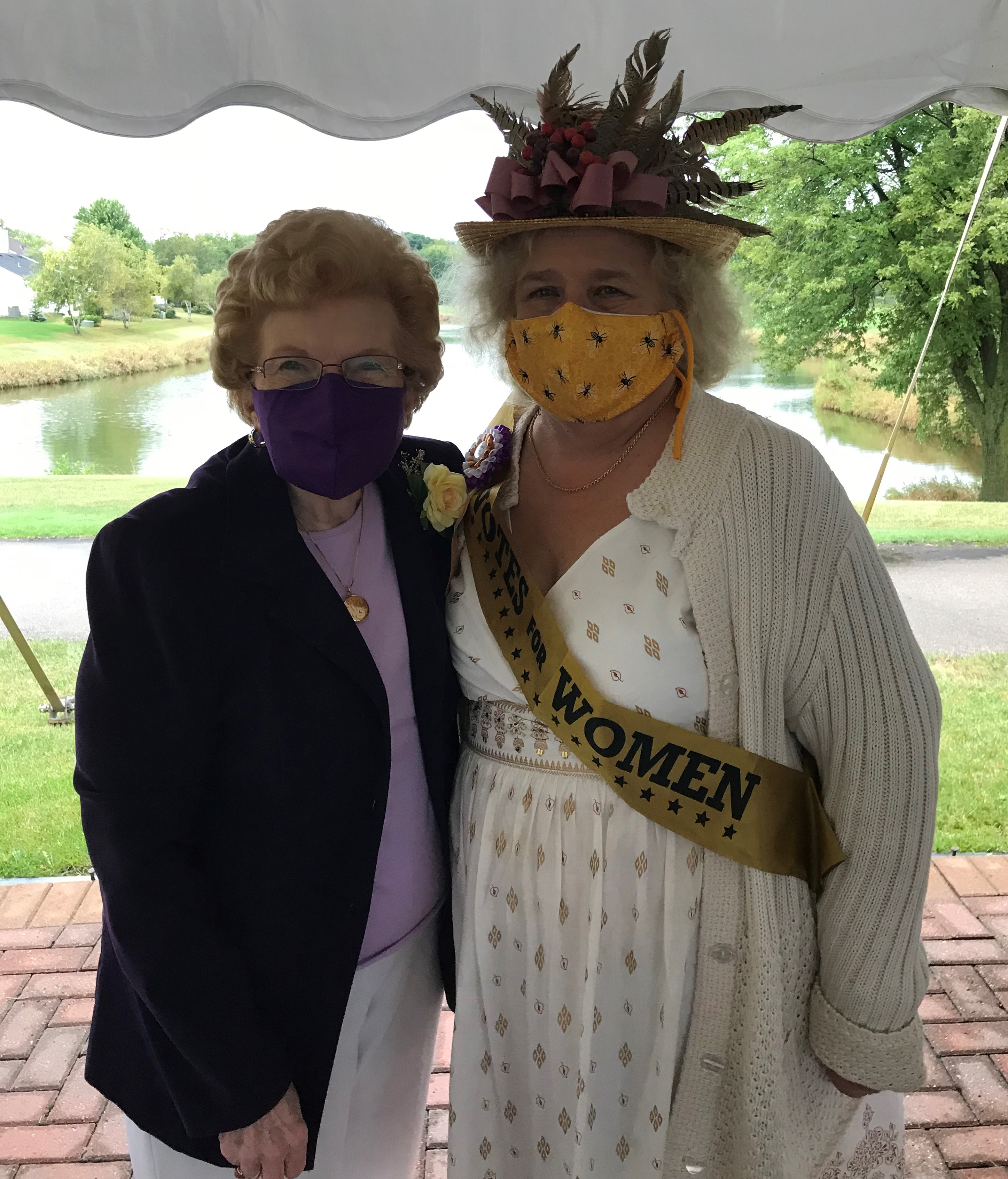 On Wednesday, August 26, 2020 the Alamo Women’s Club (California) hosted a Zoom event to celebrate the 19th Amendment’s adoption 100 years ago. Fifty clubwomen from various local clubs and guests were in attendance. With three past mayors from Danville, a county supervisor, and published historian, photos and posters from the past were featured. The event discussed how many women initially voted verbally, then written; poll machines, punch cards with chads, and even touchscreens have been efforts made to improve the process. The commemorative 19th Amendment: Women Vote Stamp was promoted. 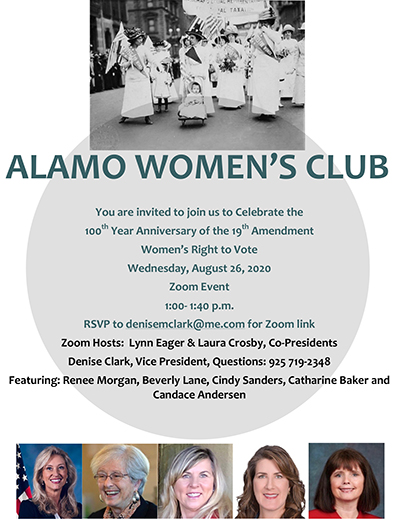 COVID-19 made it challenging to get out and celebrate the momentous 100th Anniversary, so the GFWC Arizona Benson Juniors have decided to “march” in a different way. As the collage shows, club members created signs and honored suffragists remotely for giving female citizens the right to vote. 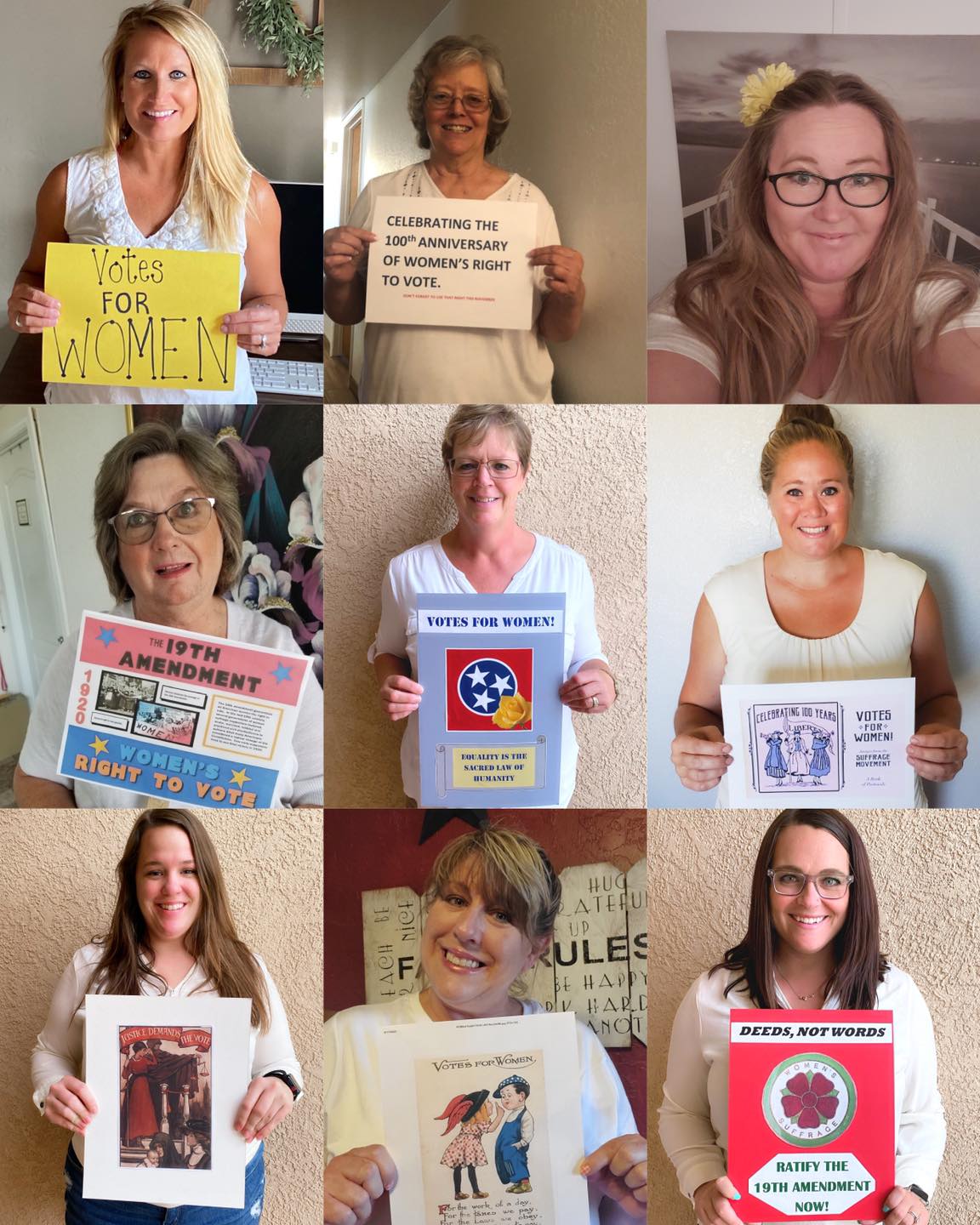 On September 11, the Woman’s Club of West Allis (Wisconsin) met outdoors—masked and socially distanced—to remember victims of 9/11 and COVID-19.

At this event, the club also celebrated its 120th anniversary, as well as the Suffrage Centennial. City of West Allis Mayor Dan Devine presented the club with a proclamation highlighting the club’s contributions to the community, including the founding of the first library. President of the West Allis Historical Society Devan Gracyalny gave a PowerPoint presentation on the “Wonderful Women of West Allis,” tracing women’s role in the community from the pioneer days until modern times. 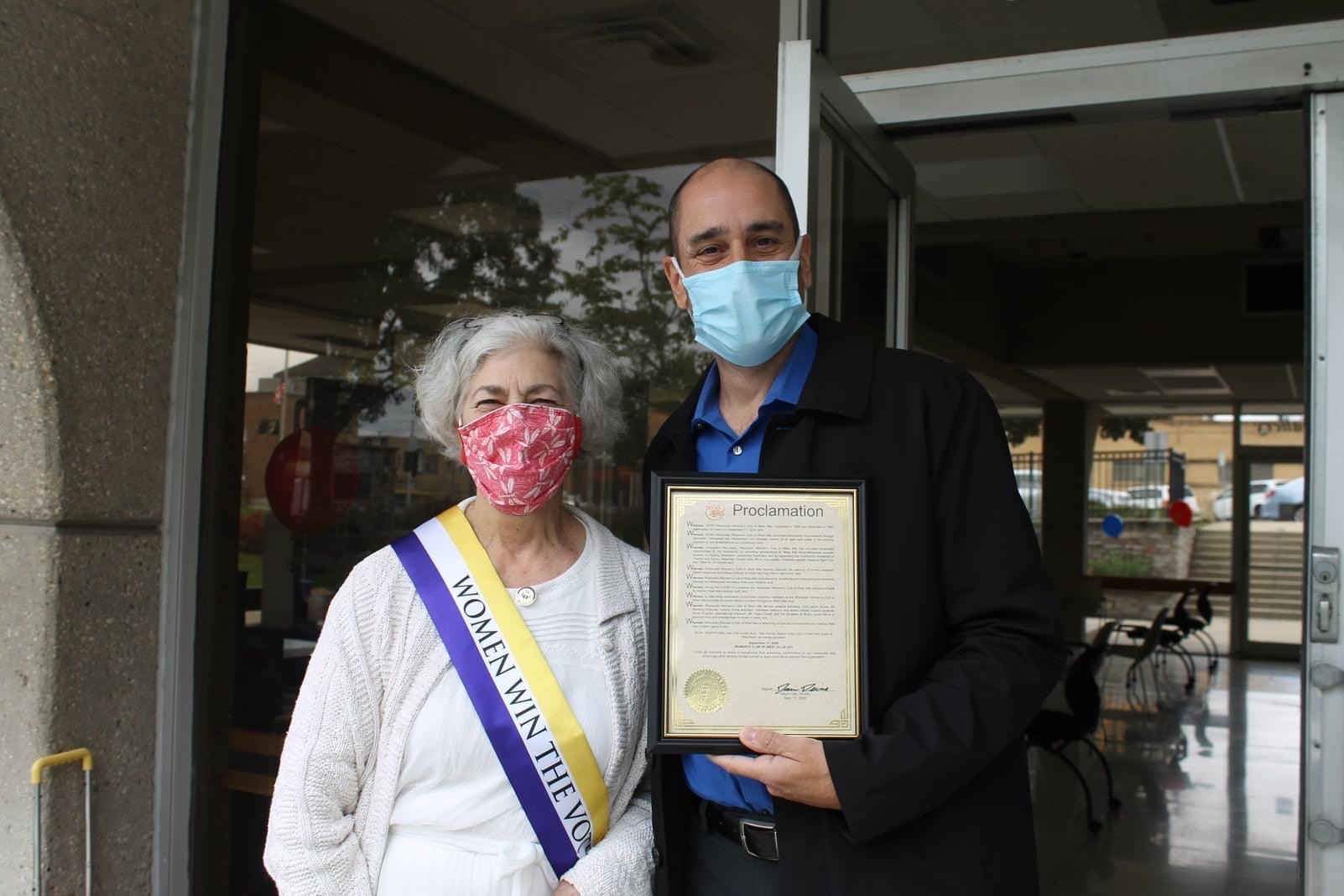