The GFWC High Springs New Century Woman’s Club (Florida) celebrated its 120th year birthday with a party. The table centerpieces were birthday bags filled with personal care items. The birthday bags were donated to Peaceful Paths, a local domestic violence agency, to be given to survivors.

GFWC High Springs New Century Woman’s Club participated in a reverse advent basket project. Each day during Advent, a food item was placed in a basket. When completed, the food was presented to Peaceful Paths for their food pantry. Toys for the children living at the Peaceful Paths facility were donated to help them for Christmas. 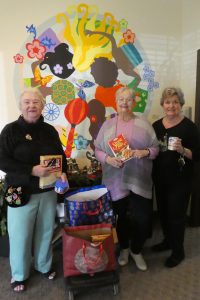 In 2018, in an effort to increase club participation in the GFWC Signature Project, and at the suggestion from our GFWC Mississippi President Becky C. Wright, GFWC Mississippi State Chairman for Domestic Violence Awareness and Prevention Deana Pittman made an inquiry to an organization called I Support the Girls. I Support the Girls (ISTG) is a charitable organization that is active worldwide. ISTG provides bras, menstrual hygiene products, and more to women in domestic violence shelters, girls in foster care, women in incarceration, survivors of human trafficking, homeless shelters, and even in schools–anywhere there is a need! GFWC Mississippi decided to do a drive to collect products to distribute to places in need; this led to the establishment of the I Support the Girls–Mississippi affiliation. Finishing the first completed year in Mississippi, clubs across the state have volunteered countless hours to collect, buy, wash, sort, package, and deliver more than 62,000 items to women and girls in need across the state of Mississippi in 2019! 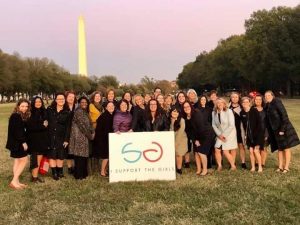 GFWC Women’s Club (New Hampshire) participated in a Christmas Tea for Silverthorne Adult Day Care. Members of GFWC Women’s Club spent the day caroling and delivering gifts to the residents at Silverthorne. Participants were treated to tasty Christmas treats and enjoyed an evening filled with smiles and laughter! 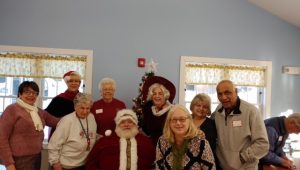 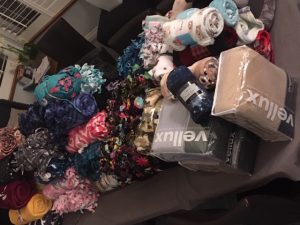 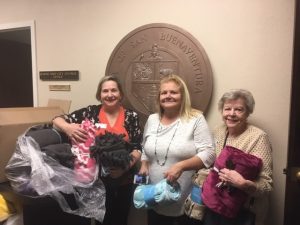