GFWC Monahans Tau Lambda Study Club (Texas) held a Health Program on November 20, 2019 titled, Diabetes – What You Should Know. The event was held in the Ward County Event Center. It was a well-attended event with guest from the community, nursing students, parents, and friends. Dr. V Narguna an Endocrinologist from Odesssa Medical Center Hospital provided information on diabetes that many are unaware of and affected by. These issues could be treated by diet, exercise, and medicine to prevent further health issues that may cause heart disease, etc. GFWC Monahans Tau Lambda Study Club President presented a gift to Dr. Narguna. 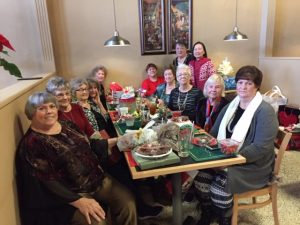 GFWC Women’s Club of Gulfport (Mississippi) began an effort to beautify the area/green space between the downtown Gulfport Library and the Catholic Church after hurricane Katrina. Many club women donated plants from their yard, decorations, pots, benches, and spent time cleaning up the space. Each year the club tries to plant a few more perennials and continues to address areas that were in need of sprucing up. This past year has been their busiest in the garden and it shows! The library staff and patrons have been so very grateful for their efforts. 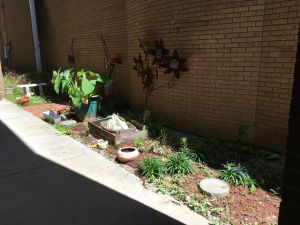