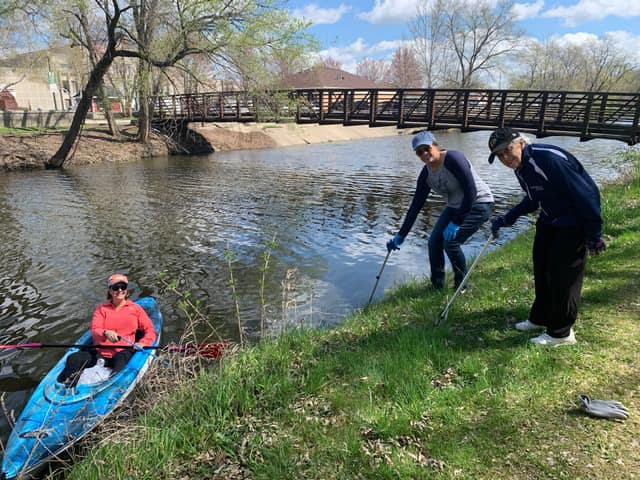 Members of the GFWC Illinois Morris Woman’s Club spent three afternoons cleaning up trash along three miles of the Illinois and Michigan Canal. The canal is a 96-mile hand-dug canal that was completed in 1848 to connect the Chicago River to the Illinois River. It is a direct link from the Great Lakes to the Mississippi River and it opened trade and transportation from the Midwest to the southern states. In 1984, it became a National Heritage Corridor and is used mainly today for transportation and recreation.

There were 15 members who participated in the clean-up, along with five additional guests, and they collected 21 large bags of trash.

The towpath along the canal is a popular place for walkers, runners, cyclists, and fishermen, and it is used by tourists and townspeople alike. Club members said the area is a national treasure to be preserved and that it should be kept as clean as possible. 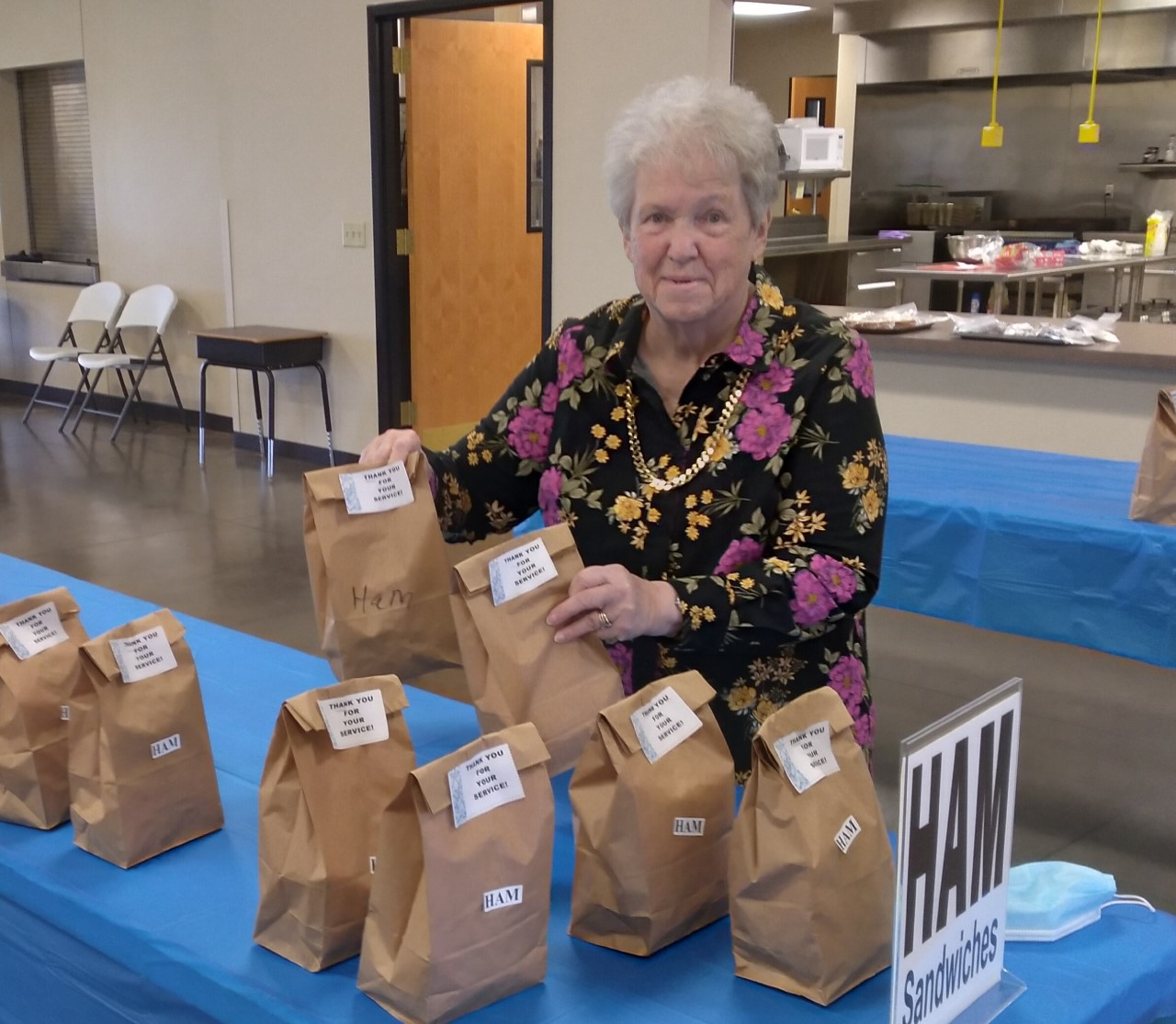 In April, the GFWC Wamego Study Club (Kansas) was honored to serve a grab-and-go lunch for 27 K9 Police Officers from across the state for the 23rd annual K9 Certification and Training Convention. The Convention was held in Wamego, Kansas, and hosted by the Pottawatomie County Sheriff’s Office.

GFWC Wamego Study Club members were proud to prepare sandwiches, pickle spears, chips, apples, and homemade brownies for a brown bag lunch, as well as a large Milk-Bone treat for the patrol dogs. The food and supplies for the lunches were purchased and donated by the members and the club treasury. The lunch was served at St. Bernard’s Parish Hall in Wamego, allowing plenty of space for the officers to sit down and relax for a short time with their meals.

The lunch was an important Civic Engagement and Outreach project for the Wamego Study Club, and members were pleased to have the opportunity to meet the police officers that attended from different counties and cities in the state of Kansas and show their support for their service and hard work.

It was a special day for the GFWC Wamego Study Club! 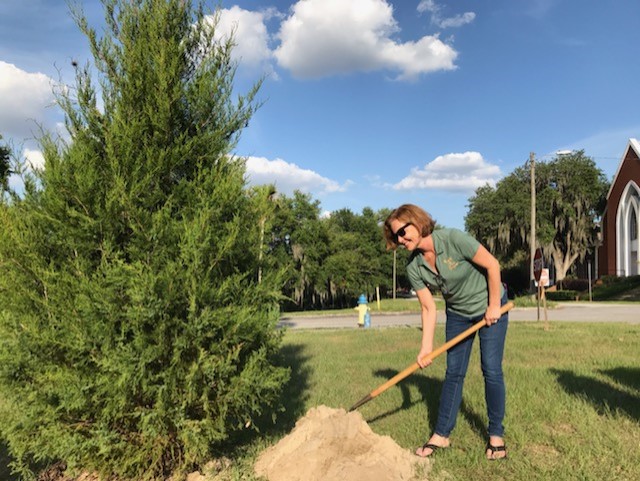 Arbor Day is considered a time to gather and celebrate trees and plants for a greener tomorrow. In keeping with this concept, the GFWC Woman’s Club of Lake Wales (Florida) joined with the Lake Wales Heritage Group to celebrate Arbor Day on April 30. They were also joined by other civic organizations and the City of Lake Wales to restore the vision of famed landscape architect Frederick Law Olmsted Jr. of a “City in a Garden.”

The committee to help organize the Arbor Day Celebration, under the guidance of Susan Connors, the club’s second vice president, joined with Lake Wales Heritage Group, Rotary on the Ridge, and the Family Literacy Academy at Lake Wales to host the area’s first Community Arbor Day Celebration. A proclamation was delivered by the mayor and a 100-year-old tradition was revived with the planting of a Community Holiday Tree to be decorated for future holiday celebrations.

Many volunteers from the club joined their friends and family to do all the work necessary to make the event a huge success!

In April, members of the Glendale Woman’s Club (Arizona) gathered to show women veterans some love and appreciation by assembling more than 100 beauty bags. Club members donated the cosmetic bags and then filled them with makeup that was donated by a local retailer. In recognition of Mother’s Day, clubwomen were happy to contribute more wish list items as well, including 133 pairs of socks, self-care products, gift items, and plenty of treats for the troops, along with a $200 donation to offset shipping costs. The gifts were delivered to Blue Star Moms of the Southwest Valley, who will distribute to women veterans in need.  This done-in-a-day project was a huge success, as evidenced by all the smiling faces.