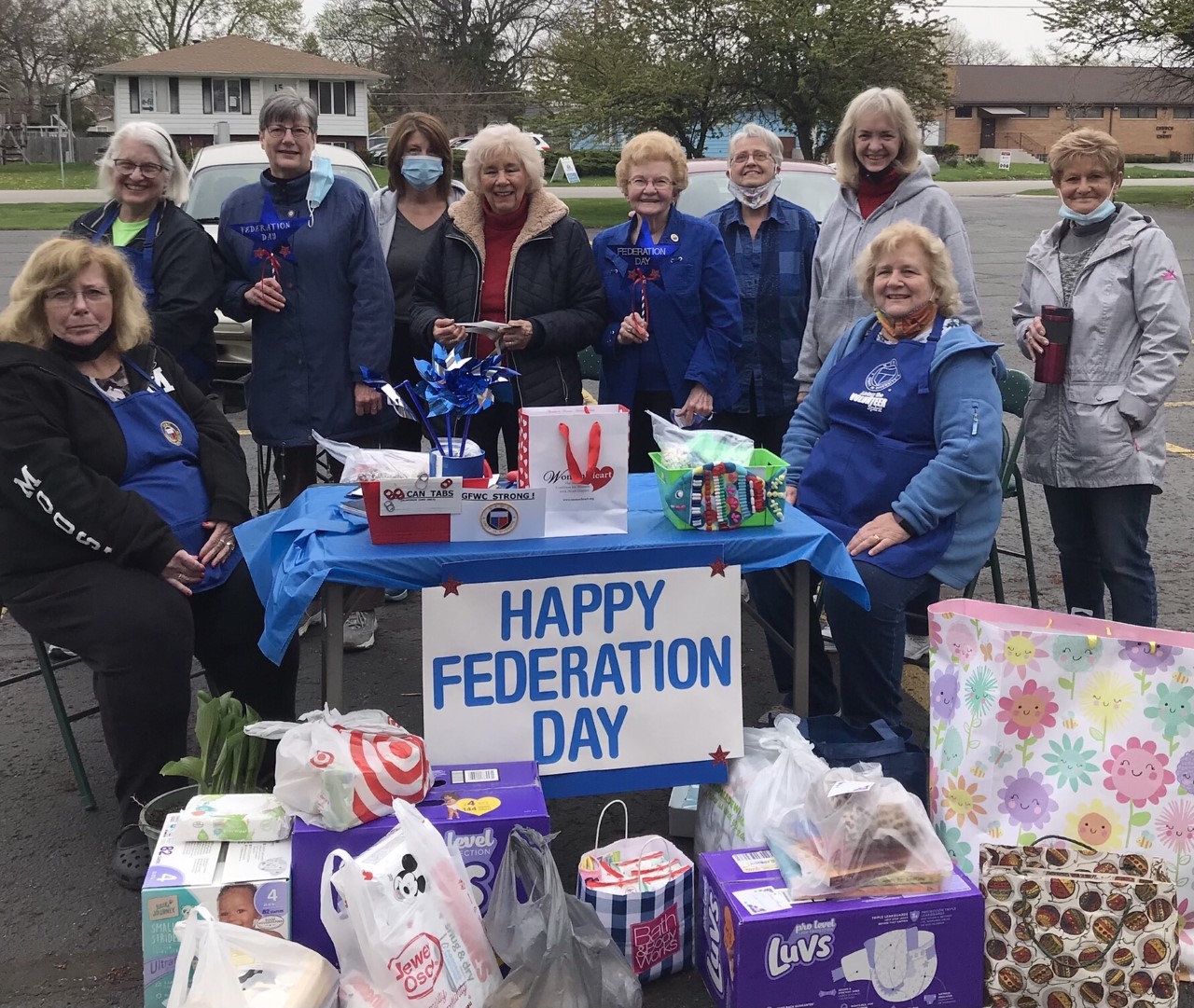 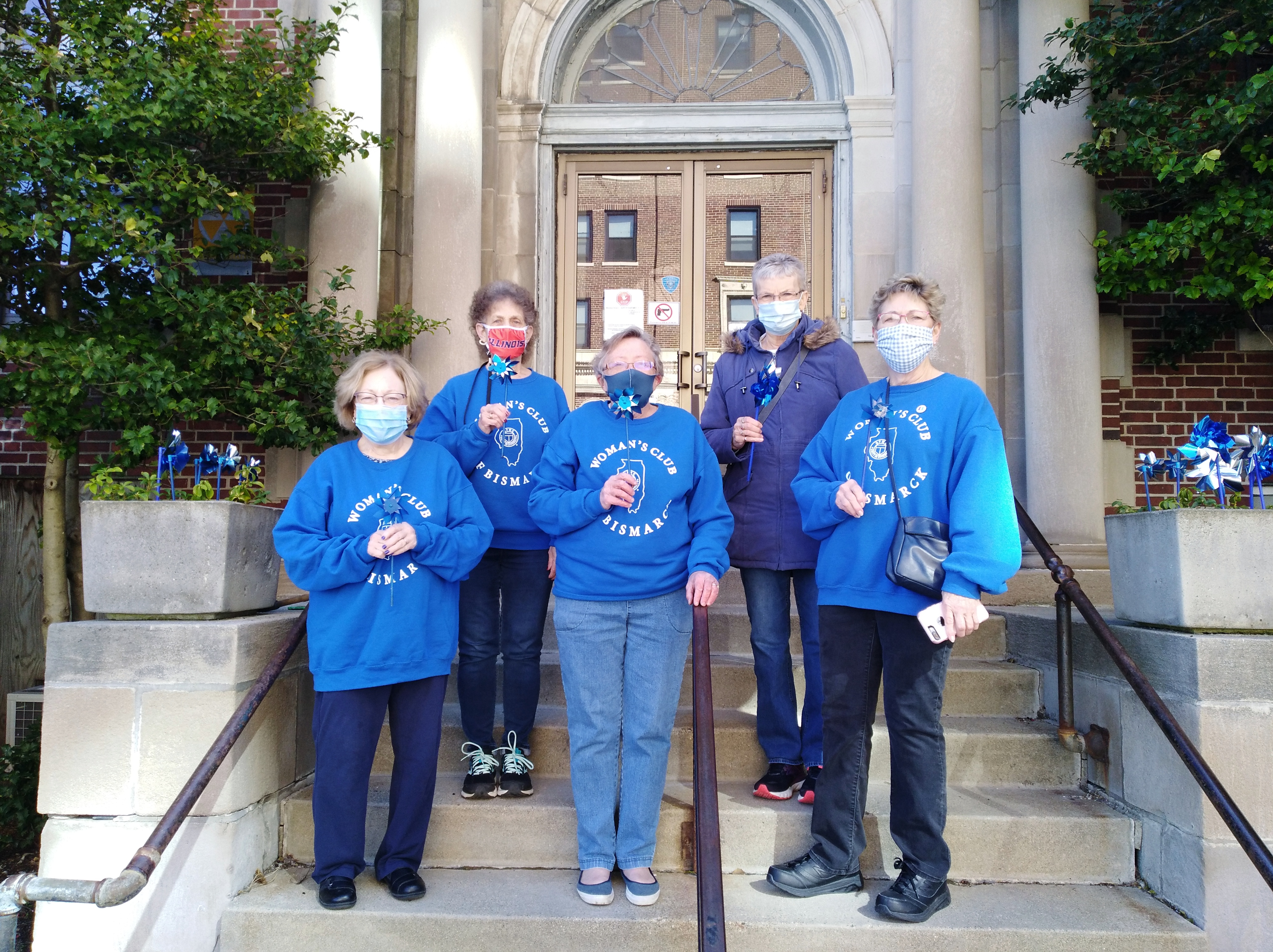 The GFWC Woman’s Club of Bismarck (Illinois) hosted a special event on March 29, at Crosspoint Human Services in Danville, Illinois, for GFWC Affiliate Organization Prevent Child Abuse America’s Pinwheels for Prevention campaign. Members planted pinwheels around the Peace Pole and in the pots in front of the shelter, and 15 pinwheels in vases with tent signs were delivered for placement throughout the building. Members also made Easter baskets for the children who live at the shelter.

Members brought candy for the baskets to their March club meeting and then collected baskets, grass, and small items to place in the baskets. A local children’s ministry also donated small toys and stuffed animals to help the cause. The club’s Prevent Child Abuse Chairmen met twice and sorted items and five club members met at the shelter to assemble 15 Easter baskets. A pinwheel was also added to each basket. Extra candy from club donations was used for an Easter egg hunt for the children. The Crosspoint Human Services director and an employee who works with the residents told members they were very appreciative of the donations. 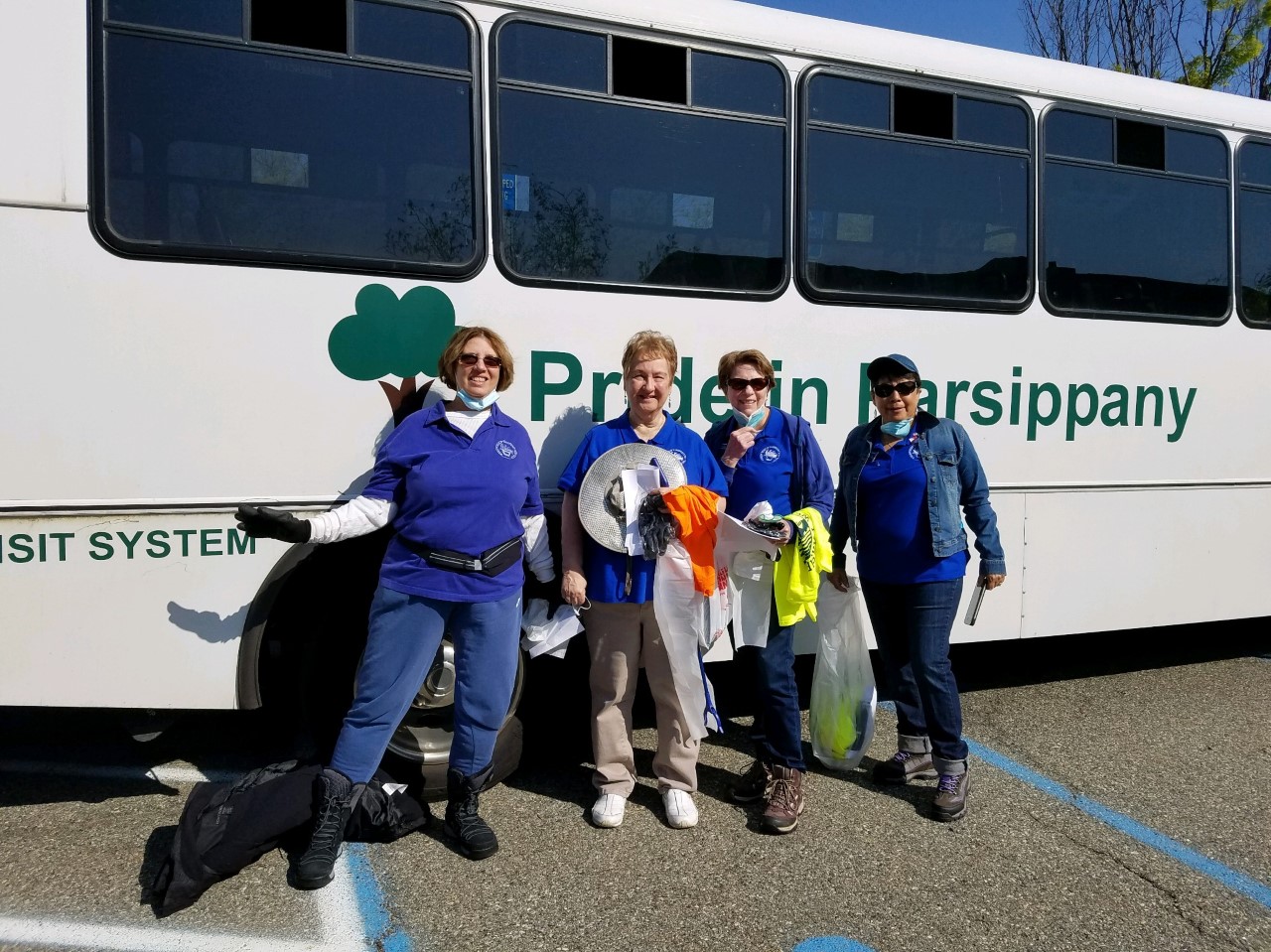 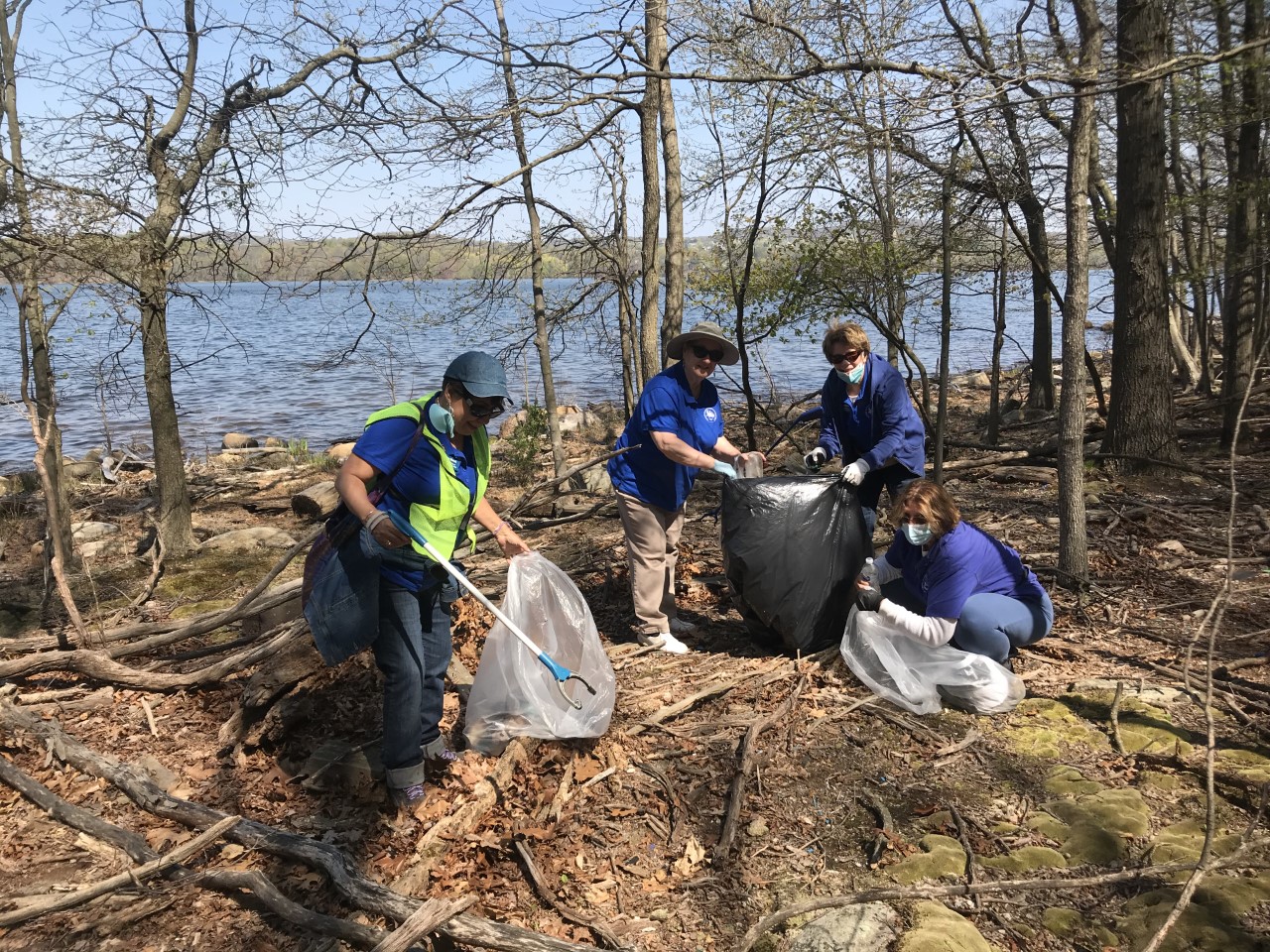 Members from the GFWC Woman’s Club of Parsippany-Troy Hills (New Jersey) joined a town-wide clean-up effort of more than 200 volunteers as part of Earth Day on April 24. Teams were sent to various areas in town to pick up discarded trash. The ladies cleaned up along the Boonton Reservoir and a particular focus was placed on picking up micro plastics and other trash in this area to reduce the negative impact on local wildlife. 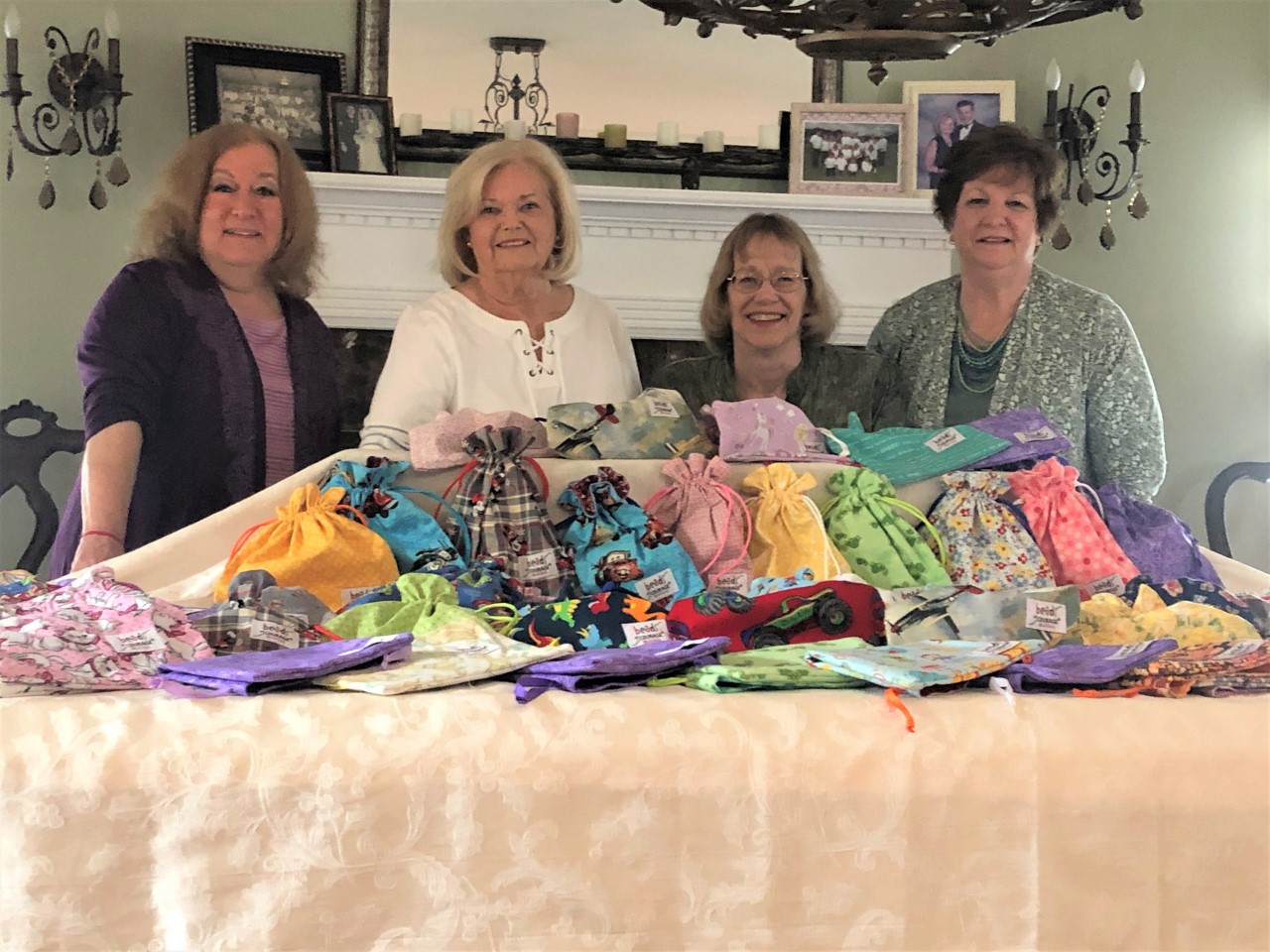 Through the efforts of GFWC Women’s Club of Farmingdale’s (New York) past President Barbara Hoerner, club members were made aware of a not-for-profit organization called Beads for Courage. This organization is dedicated to improving the quality of life for children and teens coping with serious illness, their families, and the clinicians who care for them through their Arts-in-Medicine Programs. The organization has established collaborative partnerships with hundreds of hospitals nationally and internationally and worked with several community organizations to make healing happen through the use of beads as a historical art form.

With the help of a donation of upholstery fabric from Avanti Furniture Corp. in Farmingdale, members of the club sewed dozens of small bags to contain the beads so these children can have a convenient place to store them.