In support of GFWC’s 2018-2020 Grand Initiative to support female veterans, GFWC Legacy (Alabama) partnered with Still Serving Veterans to supply two-week’s worth of groceries to female veterans in need of assistance. Still Serving Veterans Executive Director Paulette Risher attended their November club meeting to gave them an overview of the program and accept the club’s donation of more than $500 worth of groceries for distribution to clients in need! 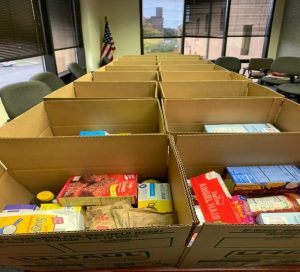 But GFWC Legacy didn’t stop at supporting one Grand Initiative! One of the Grand Initiatives encourages clubwomen to plant 1,000 trees on Arbor Day.  Unfortunately, Arbor Day is not the best time of the year for tree planting in Alabama! So GFWC Legacy coordinated with Operation Green Team, whose mission is to keep Huntsville beautiful and sustainable with litter prevention initiatives, waste reduction and recycling programs, landscape enhancements and environmental field trips and programs at the J.D. & Annie S. Hays Nature Preserve and the Goldsmith-Schiffman Wildlife Sanctuary. Operation Green Team also supports the Mayor’s Annual Tree Planting Initiative in early November.  In addition to donating $100 to Operation Green Team for the planting of saplings, some club members braced the first bitterly cold morning of their winter season to plant trees on November 10th. They were even featured on the city’s television station. 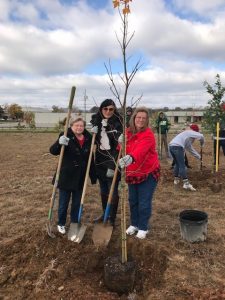 GFWC High Springs New Century Woman’s Club (Florida) participated in “A Reverse Advent Calendar.” For each day between December 2 to December 24, members placed a food item in a box or basket which was eventually donated to the Peaceful Paths food bank, an organization that serves survivors of domestic violence. In addition to the food, the club donated many toys to help children have a great Christmas. 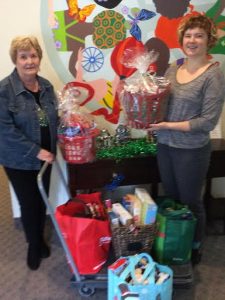 Another club that helped survivors of domestic violence is the GFWC Oak View Women’s Club (California). This year they supported the GFWC Signature Program: Domestic Violence Awareness and Prevention by gathering and filling more than 40 purses to be delivered to a local home for abused women. They packed the new and gently-used purses full of socks, toiletries, toothbrushes, and other items as well as a card signed by the members to be inserted in the purses to remind the recipients that the club supports the GFWC Signature Program to stand against violence. 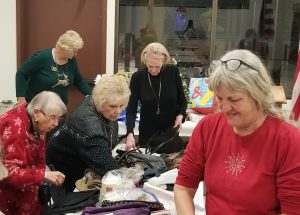