GFWC North Myrtle Beach Woman’s Club (South Carolina) started an initiative last year to bring Little Free Libraries to residents and visitors alike. Club members said these adorable libraries can be accessed anytime and are a perfect fit for their community and for the many visitors to the area’s beaches. While kids are playing in the sand, visitors can sit back, relax, and have a great book to read.

Their most visible library is at the end of a city beachside parking lot, where the club’s Conservation and Environment Committees also do beach trash pickup once a month. Last fall, the club planted some trees behind it, and this year they added an environment education aspect to the library, by rolling several ongoing projects into one. They did this by adding bookmarks to the library that help spread the word about local and global environmental issues. One bookmark pertained to recycling and another educated people on turtle conservation.

The five libraries in North Myrtle Beach usually manage to self-sustain, but members make sure they are stocked by bringing used books to general meetings. Club members also sustain the four additional Little Free Libraries in the area. Clubwomen said the Little Free Libraries have been a huge success for the club both before and during the pandemic. 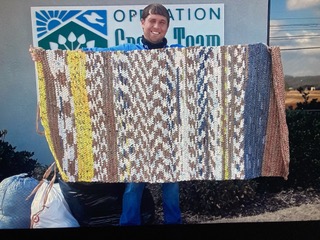 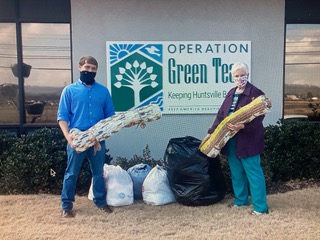 Members of GFWC du Midi Woman’s Club (Alabama) came together to make and donate two sleeping mats to the city of Huntsville’s Operation Green Team, which will be given to people without homes. The two waterproof sleeping mats represent 1,400 plastic grocery bags that have been eliminated from a local landfill.

To construct one mat, clubwomen flattened 700 donated plastic grocery bags, cut them into one-and-a-half inch strips, looped the ends together to form a ball, and bagged them. The materials were then given to clubwoman Nell Fisher, who crocheted them into the mats. She said it took about 35 hours to crochet the plastic together. 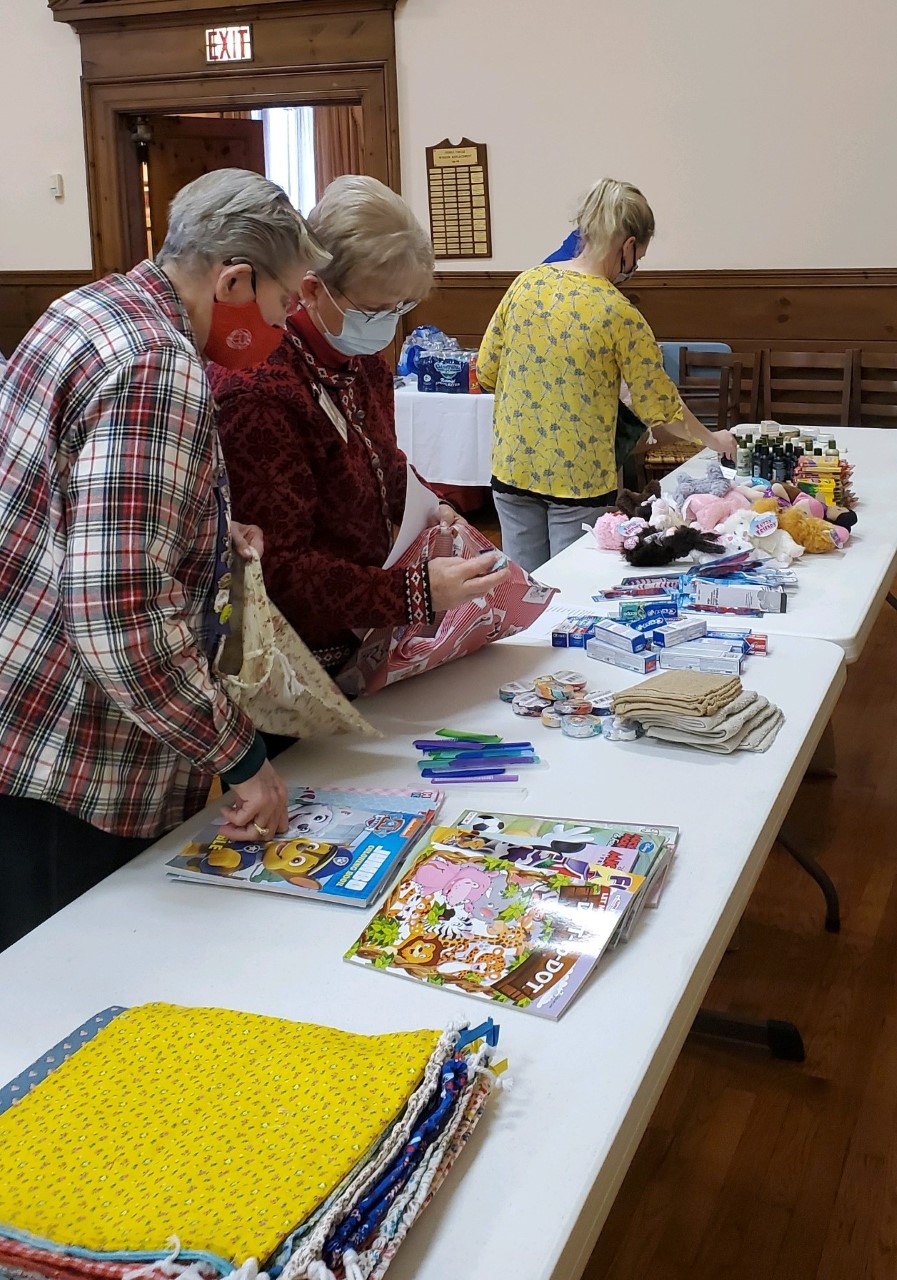 Clubwomen with GFWC Ossoli Circle (Tennessee) have been busy with two projects to help people in need. For the first project, “Hugs for Hope,” club members filled donated handbags with toiletries, makeup, scarves, and jewelry, which will go to the women at the McNabb Domestic Violence Shelter. Members paid $10 each to fill the handbags and wrote a note of support and encouragement for the women who will receive the handbags as survivors of domestic violence. Club members said the project was fun and successful, and appreciated by the representatives from the shelter.

The second project clubwomen worked on was collecting items for GFWC Affiliate Organization Operation Smile “smile bags.” All of the items for the bags were purchased by a member and the bags were sewn shut.

Operation Smile is an international children’s medical charity focused on restoring children’s smiles through preforming surgery on facial deformities such as cleft lip and cleft palate. 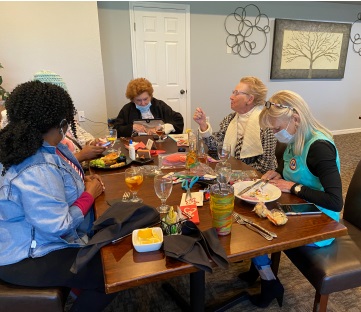 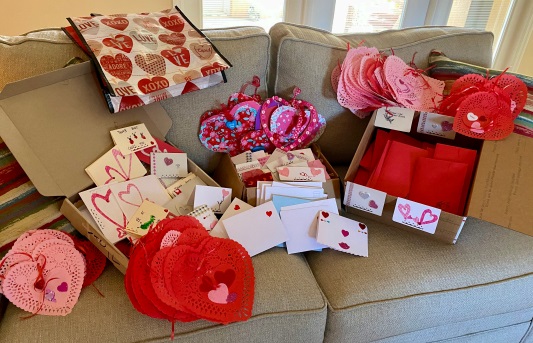 GFWC Woman’s Club of Winter Haven (Florida) spread the love by crafting Valentine’s Day cards for recipients of the local Meals on Wheels organization. The club’s goal was to make at least one handmade card for each participant in the program – a total of 500 cards. Clubwomen worked hard and were able to reach this goal! Members of the local Girl Scout Troop No. 5101 also helped make handmade items for the Meals on Wheels donations.

Pat Davidson, Sheila Leavey, Cheryl Menser, Cheryl Price, Suzanne Sherry, Bev Wallner, and Jane McGinnis were the contributing members for the Valentine’s Day cards, and as a result of this project, Bev and Attilia Gogel are now driving and delivering meals for the Winter Haven Meals on Wheels program!