On Saturday October 19, the women from GFWC North Pinellas Woman’s Club gathered at Florida Sheriff’s Youth Ranch in Safety Harbor, Florida to celebrate GFWC Advocates for Children Week. The Youth Ranch is home to 20 young people who live in foster care, and it is extra special because they focus on sibling groups, allowing the family unit to stay intact in what is already a difficult time for these young people. With help and support from the club women, all of the kids were able to create a beautiful “All About Me / Future Me” poster to be displayed at an upcoming banquet at their facility. The young people were encouraged to start with a visioning board where they wrote words about things they like to do now, and visualized what the future could hold for them. The club women provided help and encouragement with the visioning process. Once complete, some children scoured donated magazines for photos of their visions, while others captured their goals and dreams on paper through hand-drawn artwork. It was a powerful morning of self-exploration and visioning for everyone. 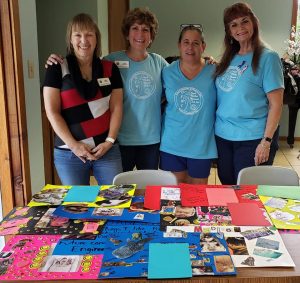 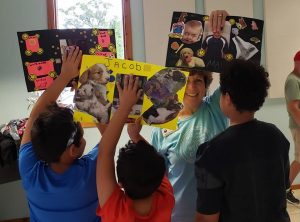 Since its inception in 2014, GFWC Woman’s League of the Lowcountry (SC) has chosen Pink Bags of Hope as its signature project each October in recognition of Breast Cancer Awareness Month. Members fill the bags with items for women undergoing chemotherapy treatment. Utilitarian items such as snacks and candy, hand sanitizer, game and puzzle books, and a shawl for warmth are included along with inspirational things like small poetry books or journals to record one’s thoughts and feelings. As the club grows its membership, so does the number of filled bags to a record 80 in 2019. Distribution is through a local medical facility.

The GFWC Northwood Women’s Literary Club made an impact in their community in 2019! They donated $1,500 and solicited additional funds and support from the Northwood Economic Development Foundation and the Northwood American Legion to beautify the Main Street of Northwood, ND. Together they completed a vacant corner lot by adding two large pergolas and encouraging people to purchase stone tables, seating, and planters in memory of their loved ones. 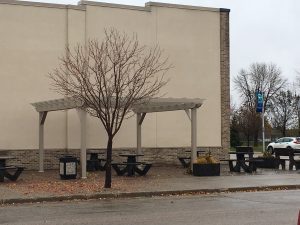 Preparations have begun to sponsor July 2020 entertainment in the newly constructed 400 seat auditorium. Expanding the arts has truly been a focus this year! 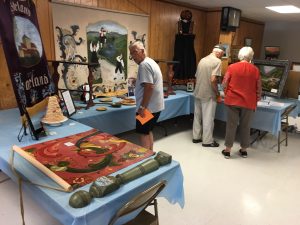 Finally, the Literary Club organized and hosted a community program on the Opioid Crisis. The guest speakers included a county coroner, a Captain in the Sheriff’s Department and a States Attorney. Each spoke from their unique perspective and answered questions from the audience. Plans are underway to host a community program in 2020 with the topic being human trafficking.