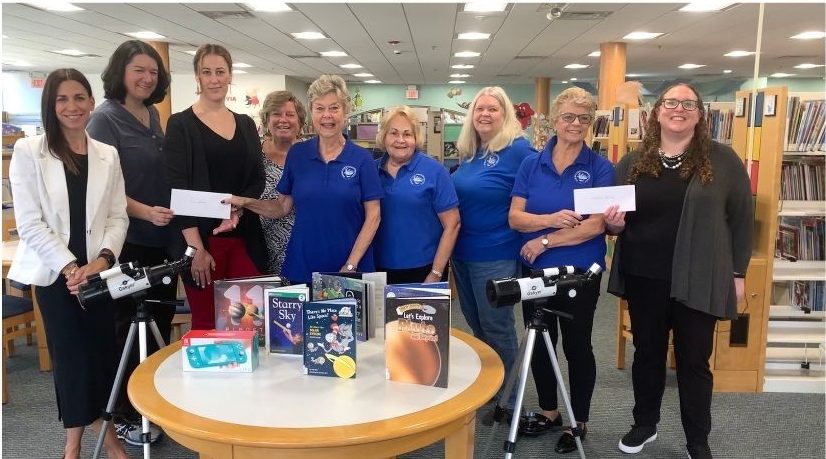 As part of the club’s ongoing support of their public libraries, members of the GFWC Woman’s Club of Parsippany-Troy Hills (New Jersey) donated two telescopes and a monetary donation to two local libraries. Communication Chairman Joan Garbarino explained that the telescopes can be checked out of the libraries for 14 days at a time and the funds will go to support the children’s and teen’s departments.

“We feel the children are the future of our town, state, and country,” Joan said. “We like to donate these items because STEM education is very important.”

Joan added that working with their area libraries is a continuous project for the clubwomen and that they go to the staff to discuss what new items they need about once a year.

“We do a lot of work with both of these libraries,” Joan said.

Along with these donations, the club has also provided microscopes and additional funds in the past.

“Our members love doing projects for the children to help them develop,” Joan said. “We want to give them every advantage that we can as clubwomen.” 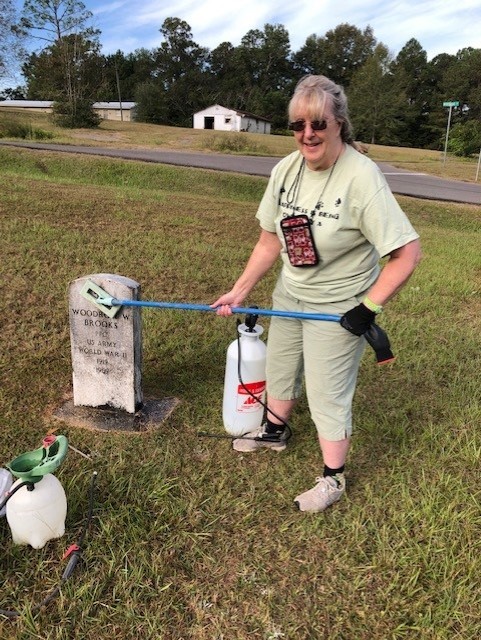 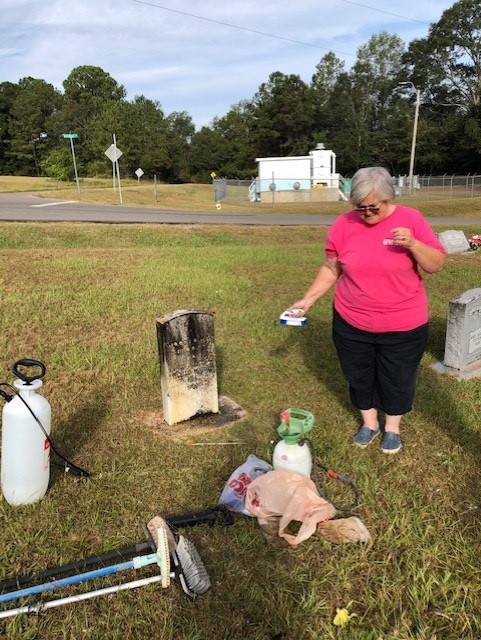 Members of the GFWC Poplarville Woman’s Club (Mississippi) have been teaming up with other area residents to clean more than 200 veterans’ headstones in local cemeteries throughout the past several weeks for Veterans Day. Club President Dawn Vosbein said about 40 people worked together on five different occasions to clean up the graves in five area cemeteries.

“We’re all either spouses or children of veterans and this was something extra we wanted to do for Veterans Day,” she said.

In addition to this project, Dawn said the club partners with the local middle school to host a breakfast, organize a program, and donate various gift cards for local veterans each year.

She added that the club and the rest of the community are always happy to show their support and appreciation to veterans.

“These projects are important because of everything that they’ve done for us,” Dawn said. “We wouldn’t be here and we wouldn’t have a free country it if weren’t for their sacrifices.”