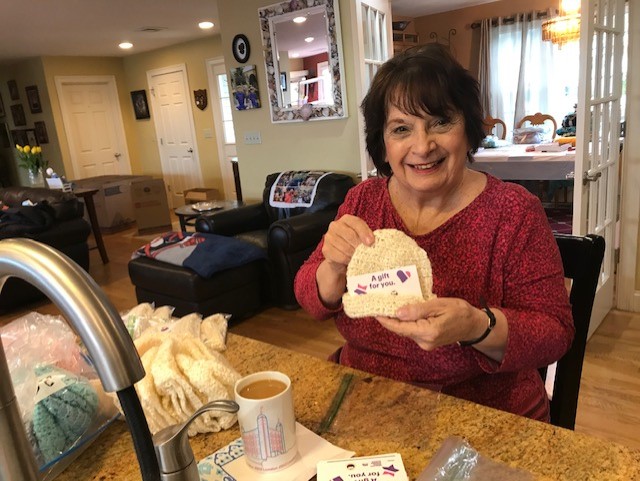 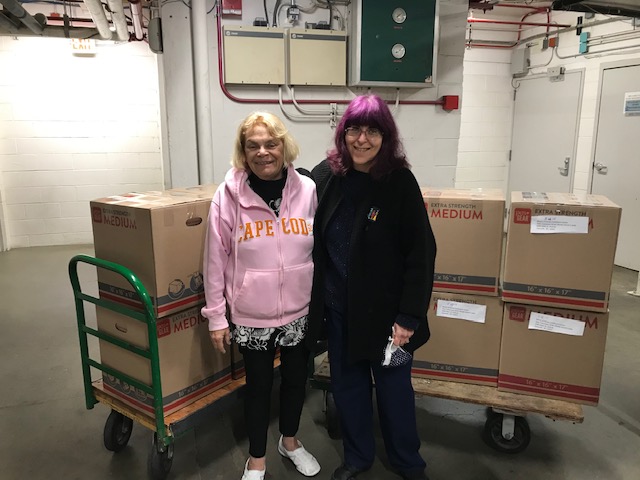 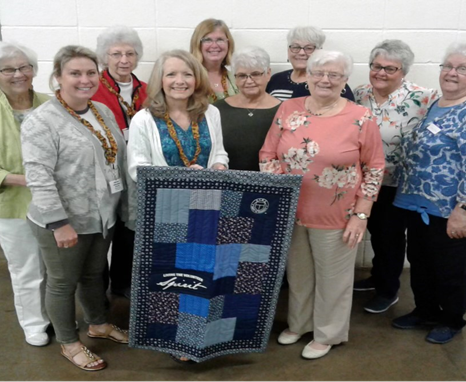 With open hearts, members of the GFWC Woman’s Club of Ste. Genevieve (Missouri) embraced the opportunity to assist their community for what they said is one of the most important endeavors in their lifetime. After learning about the many people involved with COVID-19 vaccines around the world and of the great demands upon the healthcare system to vaccinate against the coronavirus, Eileen Roth, GFWC Woman’s Club of Ste. Genevieve recording secretary, contacted Vaccine Distribution Coordinator Katie Hogenmiller, of Ste. Genevieve Memorial Hospital. Eileen offered the volunteer services of the club members. Members eagerly volunteered to help with the vaccine clinics by assisting with registration, directing people to stations for the shots, and any other requests by Ms. Hogenmiller.

For the month of March, clubwomen attended the six vaccination clinics and eleven members volunteered more than 66 hours. Members also volunteered at three additional clinics in April. The club members said they will continue to volunteer as long as these clinics are held and that being part of such an important endeavor provides a rewarding experience for them. 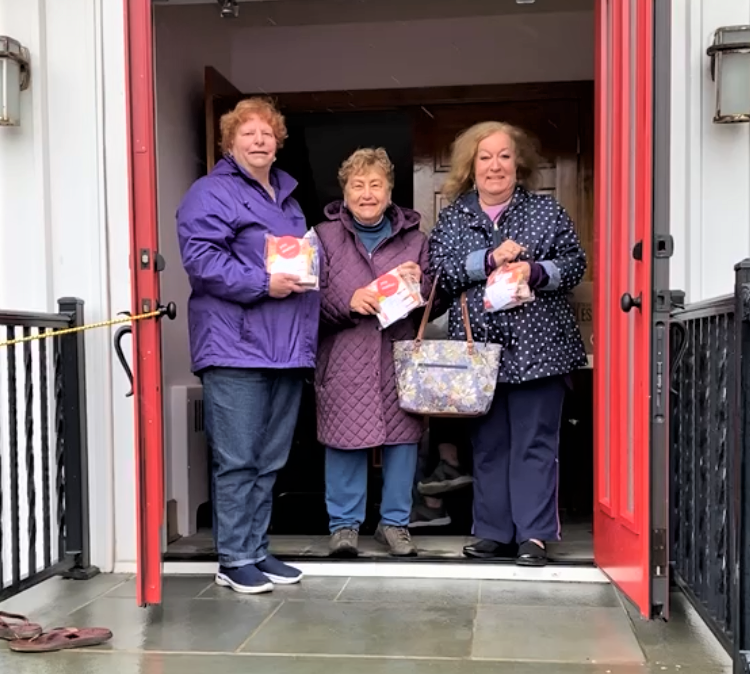 Women’s Club of Farmingdale (New York) member Dolores Cianciabella, together with her daughter, Carolyn Hanson, packaged 50 healthy snack packs to donate to those facing food insecurity during these challenging times. Carolyn was chosen as “Volunteer of the Month” by her company, AIG, and she chose YOU MATTERnation as her charity of choice. They supplied her with a MATTERbox Volunteer Kit. Each healthy snack pack contained whole grain crackers, an unsweetened fruit serving, and protein WOW butter (a peanut butter substitute). Also included in each pack was a personal note stating “YOU MATTER.”

As a surprise to her mom, Carolyn presented her with the entire box of 50 packs to donate to a charity of her choice in the name of the Women’s Club of Farmingdale.  Dolores chose the St. Thomas Episcopal Church in Farmingdale, New York, which provides a free hot meal once a month to those in need. GFWC New York State President Linda Kreussling, Women’s Club of Farmingdale President Tina Diamond, and Dolores Cianciabella distributed the packs to St. Thomas on May 29.