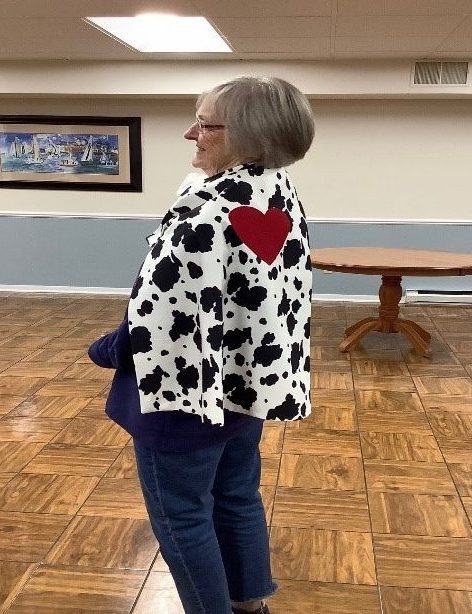 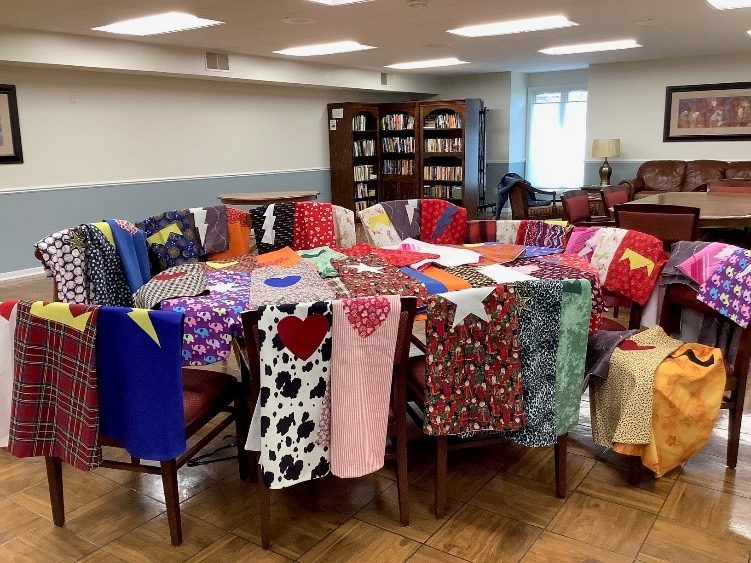 When GFWC Wisconsin State President Abby Lorenz publicized her request for one cape per club member for the Capes for Kids project, GFWC Shorewood Woman’s Club (Wisconsin) took it to heart. To start the project, one member put out a request for fabric, thread, fusible bonding, and Velcro to the community, asking area residents to drop off donations into a container on her front porch.

Next, members tallied the contributed fabric to see if they would need to purchase any before a group sewing project began. Board members then spent several hours matching fabrics that would compliment one another to comprise the cape and the lining.

Two four-hour sewing extravaganzas followed during which eight to 10 members met to cut out, sew, design the emblem for the back of the cape, and iron in-progress and completed capes. After another two-hour session with four members, the club had not only finished the desired number of capes, but exceeded that number by 10.

Clubwomen delivered 60 beautiful capes to the State Convention in Rothschild, Wisconsin, on May 13.

A few of the club members also had fun making and completing capes on their own.

Capes for Kids is a project started by a Michigan woman whose mission is to bring light, hope, and dignity back into the lives of women and children escaping domestic violence, sex trafficking, and homelessness. 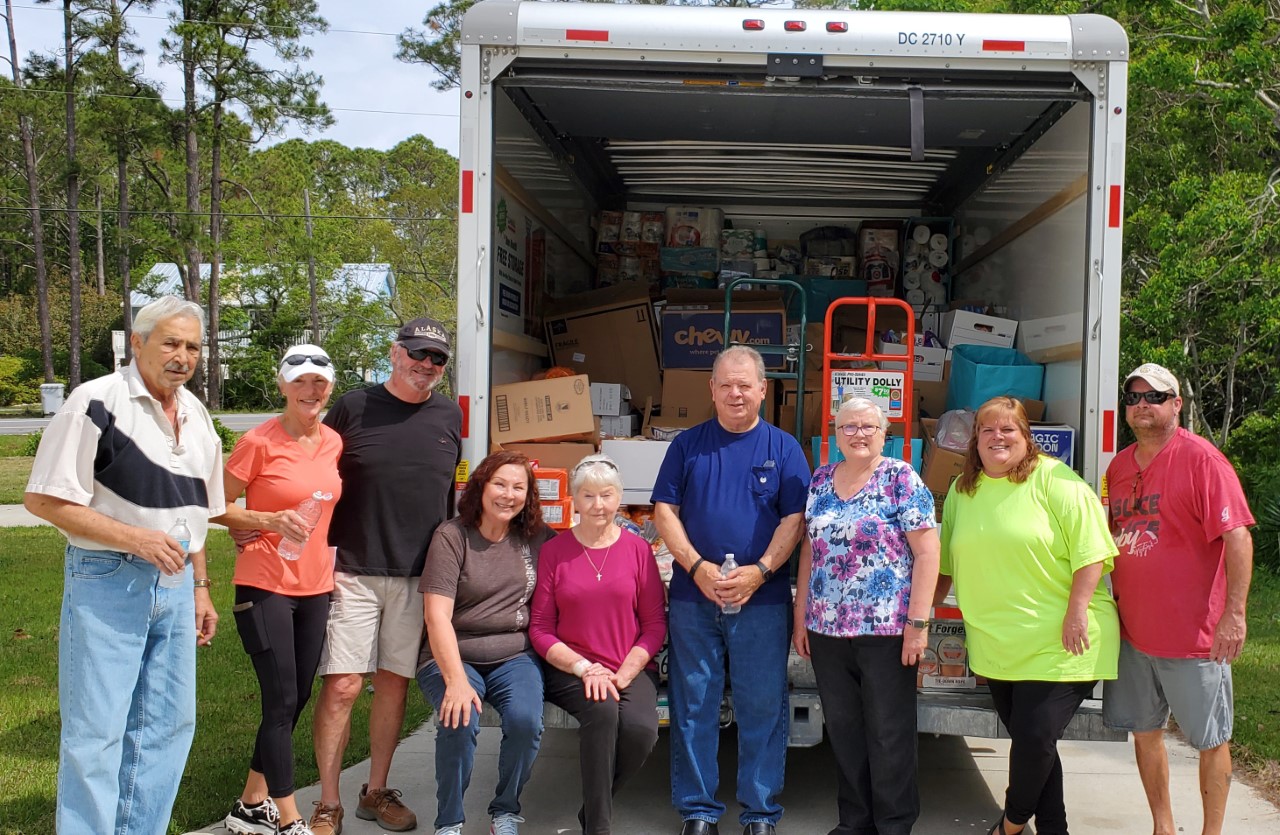 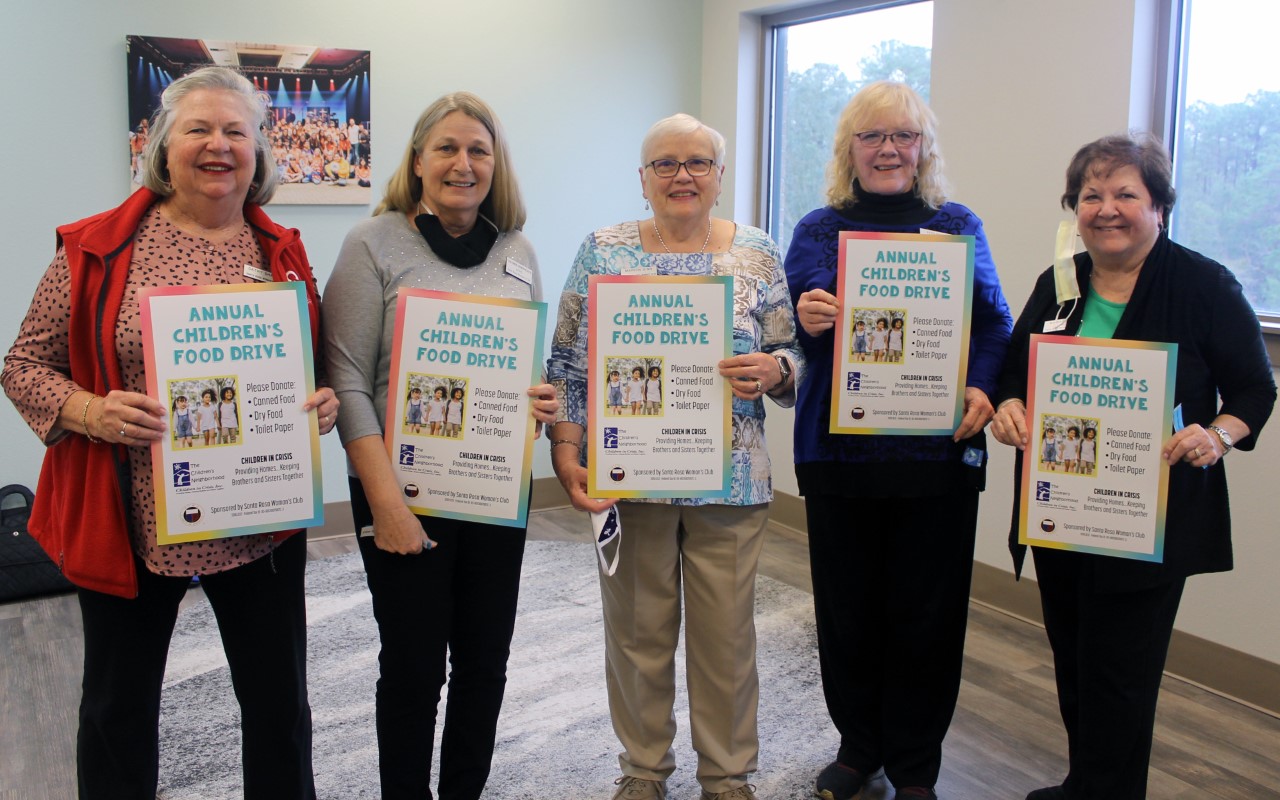 When GFWC Florida State President Dianne Foerster challenged clubs to create a project displaying “love, kindness and respect,” GFWC Santa Rosa Woman’s Club (Florida) chose to support Children in Crisis (CIC), a residential-style foster care neighborhood. The nonprofit includes an emergency shelter and five houses in a residential campus that support a four-county area with up to 60 children living there at any time. CIC’s mission is to keep foster siblings together in family-style homes. House parents choose food preparation items from an 800-square foot cupboard before shopping retail. For a two-month “Help Feed the Children” food drive, GFWC Santa Rosa Woman’s Club members set up collection bins at businesses and libraries, partnered with other organizations, applied for grants, raffled a large sunset photograph, and worked with neighborhood and homeowners’ associations. Nine members, who live in the same neighborhood, canvassed 440 homes with flyers and organized neighborhood pick-up sites. The food drive raised more than $7,500 in donations and grants and collected more than 9,000 pounds of food for CIC. 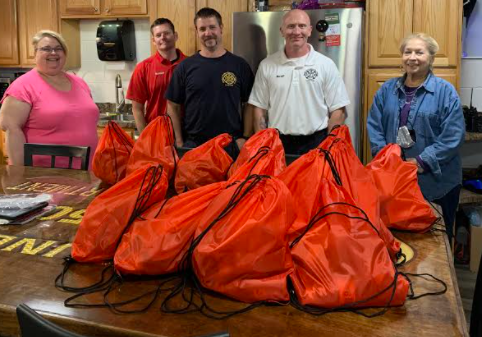 The GFWC Woman’s Club of Dunbar (West Virginia) has been hard at work on several community service projects throughout the past couple months. For their first project, club members purchased reusable bags and filled them with snacks, water bottles, Gatorade, and other goodies in honor of National Fire Fighters Day and National Police Week. The bags were delivered to the Dunbar Fire Department and Dunbar Police Department along with a large bag of new stuffed animals.

Clubwomen also held two COVID-19 drive-thru vaccination clinics. Members said they wanted to find a way to help vaccinate the local residents who could not wait in long lines for the vaccine. During the two clinics, more than 360 people received the vaccination.