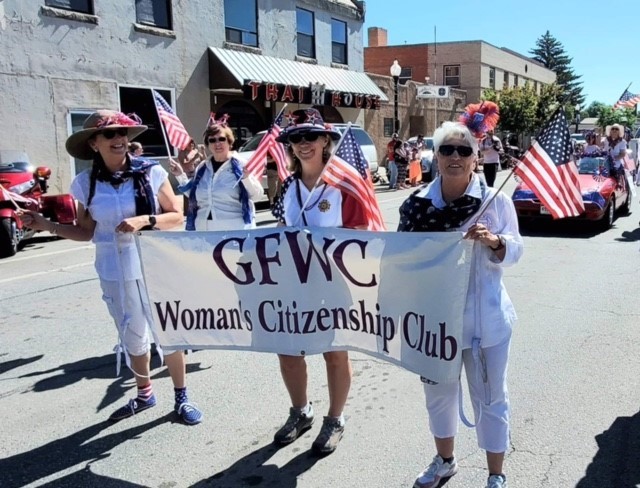 Members of the GFWC Woman’s Citizenship Club (Colorado) continued their tradition of marching in the Independence Day parade in Alamosa, Colorado, after not being able to participate last year due to COVID-19. Dressed in white with red and blue accessories, the members gathered to celebrate the return of the parade and to celebrate the nation’s freedom.

GFWC Colorado Membership Chairman and member of the GFWC Woman’s Citizenship Club Theresa Rudder said the parade was a lot of fun for the clubwomen.

“It was a beautiful, beautiful day and we had a bunch of people watching us,” she said.

Theresa said many of the clubwomen walk the parade each year alongside a red convertible owned by one of the members that provides transportation for the women who are unable to walk the parade route but want to participate. 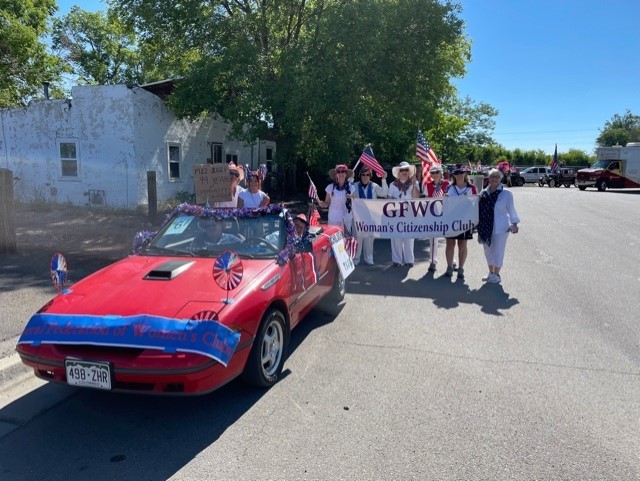 This year, the car was decorated in red, white, and blue with posters announcing some of the projects the club is involved with, including their partnership with Tu Casa, Inc., a local organization dedicated to domestic violence awareness and prevention.

Theresa said after the parade, several clubwomen attended a pizza party to continue enjoying each other’s company after being apart for so long. 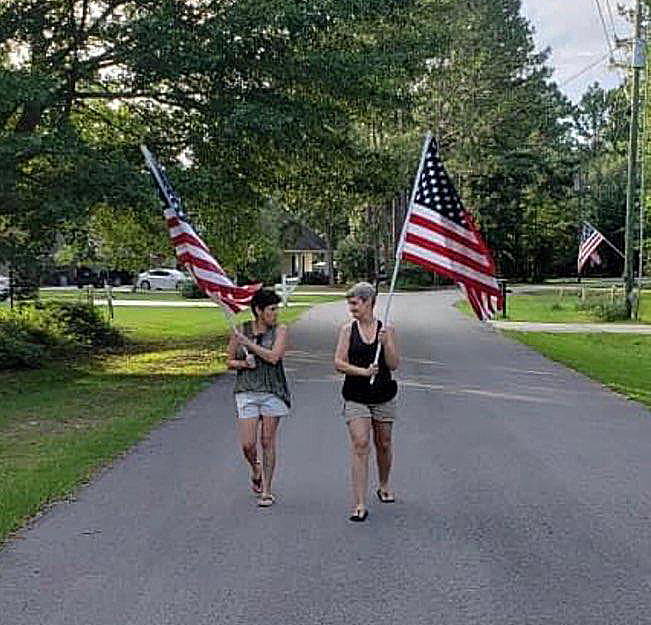 In 2020, Cosmopolitan Club of Petal (Mississippi) clubwomen began working on the “Mile of Flags on Main Street” project, which involved club members placing 1,000 American flags on Main Street in Petal, Mississippi, for Independence Day and Veteran’s Day. Inspired by the project idea, a member rallied her subdivision and adjoining neighborhood into sponsoring an “Ole Glory” campaign for Independence Day last year. This project consisted of area residents donating $20 a piece so the club member could purchase 200 American flags on poles with brackets that were put on utility poles in the two neighborhoods.

Club President Meri Newell explained this project was continued and is being taken a step further now in 2021 with the help of the Petal Area Chamber of Commerce. Along with displaying flags again for Independence Day, by Veteran’s Day this year even more flags will be displayed on all power poles on the two main thoroughfares in Petal. Meri said many people in the community have stepped up to donate to the flag fund and to offer their assistance.

Meri added seeing the flags up around the city during patriotic holidays is important to the clubwomen.

“It’s a reminder to all of us how blessed we are to live in this country,” she said. “It’s small town USA and I think it’s something that really brings people together. People love to see the flags.”