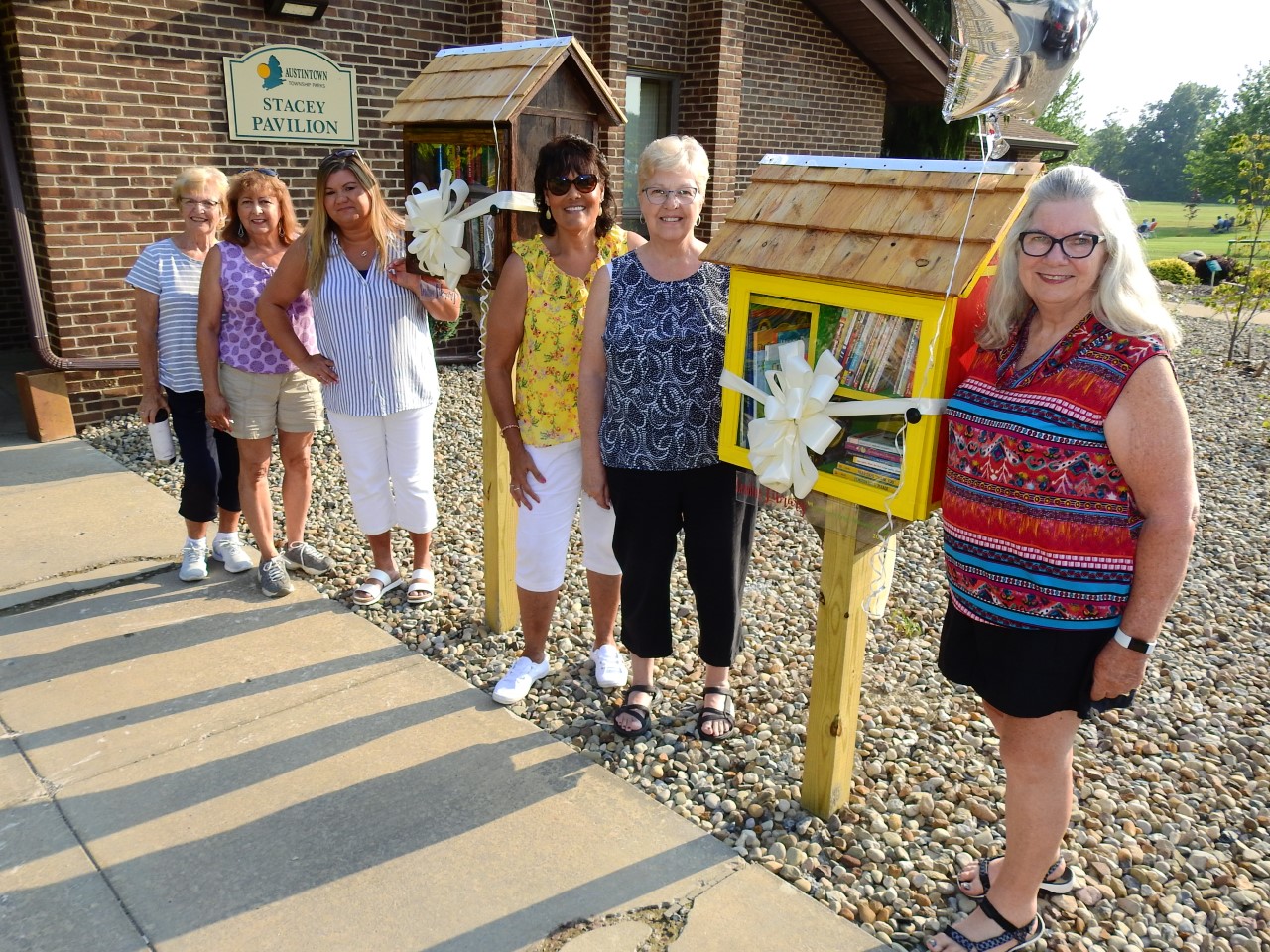 Members of the GFWC Ohio Austintown Junior Women’s League (Ohio) recently dedicated two Little Lending Libraries to the community with the goal of bringing the joy of reading to people of all ages.

The club’s First Vice-President Ruty Patterson said making books of all genres available to people who may not have access otherwise was important to the clubwomen.

“We all love to read and we wanted to make this available to the public,” she said.

Ruty explained both of the libraries were built and placed at the local township park because this area receives a lot of traffic during summer concerts, from people visiting the park, and from the nearby school.

“There’s a lot of activity for kids around there,” she said.

Although the club was originally only going to make one library box, Ruty said they decided to make two after getting a good price on the building materials. She added one of the libraries is dedicated to children and teens, while the other is filled with books for adults.

Ruty said club members donated a couple hundred books for the libraries, and after the project was announced on Facebook, people began donating even more.

Clubwomen with the GFWC Millville Woman’s Club (New Jersey) are using their artistic talents to brighten the spirits of their fellow members and people in the community.

Club President Diann Ewan said earlier this year the club decided to host a “Painted Pillowcase Party” with the goal of decorating pillowcases to give to members who have been isolated and homebound due to COVID-19 and other causes.

“We wanted to do something special for some of our members,” she said.

As part of this activity, members got together to paint and draw designs on white pillowcases that would then be safely delivered.

“It was a very nice project. The people who participated were really happy to do it,” Diann said. “The members who we gave them to loved that we made them something special.”

Diann said although the initial Painted Pillowcase Part was to offer a thanks and bring some joy to clubwomen, after seeing the success of this activity, they will be making more pillowcases to donate to other members of the community, including women at family shelters.

She added although some of these members who received a pillowcase could not come out to events during the past year, they still helped by donating money or other items to different causes.