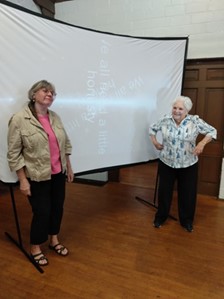 GFWC Woman’s Club of Lake Wales (Florida) organized an in-person seminar in February to promote the awareness of mental health issues within the community. The seminar was based on a video created last year by the club’s Health and Wellness Committee out of concern for the mental health of its club members, families of members, and friends during the COVID-19 pandemic. The video called “It’s Time to Talk,” addressed awareness of the mental and physical signs of depression brought on by isolation and how to combat the effects in a positive and hopeful manner. This video was inspired by the Campaign to Change Direction Program, but was adapted to a more personal and simple means of awareness geared toward caregivers and friends of the older adult generation.

GFWC Woman’s Club of Lake Wales is dedicated to educating the public on the serious ongoing issues faced by the older adult population that have been made worse by the isolation created during the pandemic and continues in all generations due to the anxieties of unemployment and domestic issues. 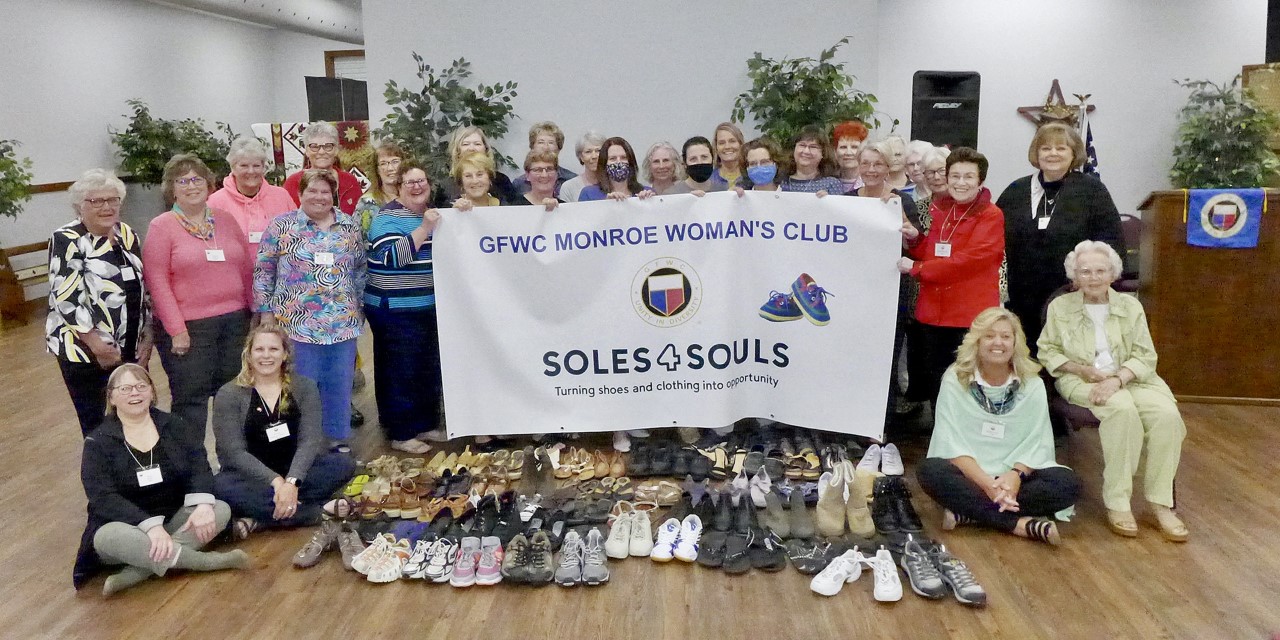 GFWC Monroe Woman’s Club (Wisconsin) recently completed a gently-used shoe drive that generated 2,688 pairs of shoes. The donation event with Soles4Souls ran from February 15 until April 30. Clubwomen said they were overwhelmed by the support of the club members, community, local businesses, churches, and area Chamber of Commerce. A total of 58 boxes (approximately 50 pounds each) were shipped via UPS through Zappos for Good, which offered free shipping to Soles4Souls.

Three local businesses offered to be donation drop-off points and two members accepted donations at their homes for people who didn’t feel comfortable walking into a business. A local graphic design business also offered to customize the flyer for the shoe drive at no cost. This flyer was posted at local businesses, church newsletters, and was featured on the local Chamber of Commerce website. Big Radio in Monroe, Wisconsin, also featured the drive on their website.

Club President Shelly Isely said the Soles4Souls donation drive reminded the clubwomen of what a generous and thoughtful community they live in. She said many volunteers assisted with the drive and many hours were dedicated to making it a success.

The shoes will be distributed across the U.S. and internationally to help families in need. 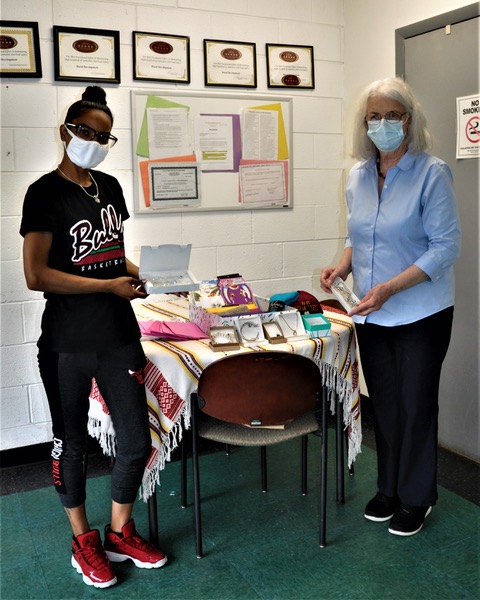 GFWC Millville Woman’s Club (New Jersey) has supported the Cumberland Family Shelter in the past by donating essential items such as pillows, towels, and body wash, but in May they decided to do something special for Mother’s Day. Clubwomen contacted the organization to ask if there were children there who would need gifts to give their mothers on Mother’s Day, and when this was confirmed, Club President Diann Ewan delivered new donated gift items along with wrapping paper to the shelter. Josephine Rivera, with the shelter, expressed her appreciation and said it would be a fun experience for the children to select their own Mother’s Day gifts. 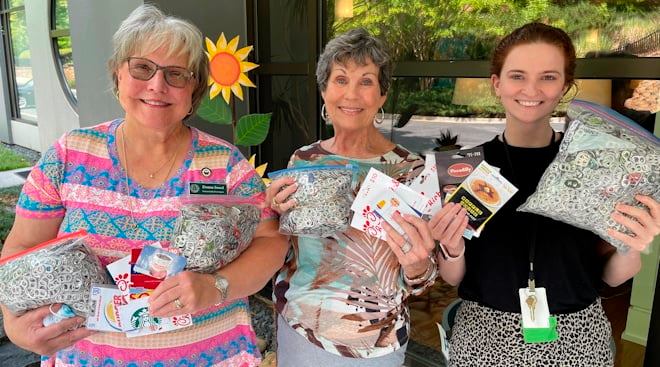