There were so many incredible MLK Day of Service projects last week that we had to dedicate another Volunteers in Action post to feature more.

The GFWC Grundy Center Woman’s Club (Iowa) invited a local 4-H Club led by a club member to join them in making basic bags to be given to their local domestic violence/abuse and sexual assault agency, Crisis Intervention Services. Fifteen 4-H kids attended the event.

Sixteen clubwomen from the GFWC Rhinelander Woman’s Club (Wisconsin) braved sub-zero temperatures to make no-sew blankets for Operation Smile, completing 23 with a few more that clubwomen took home to finish. Everyone had a good time chatting, being together, and serving the greater good.

The GFWC Manistique (Michigan) gave $5 gift certificates to all bus drivers, maintenance workers, and janitors at the local schools to tell them how appreciated they are! 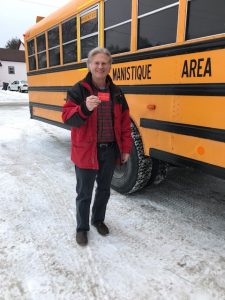 The Woman’s Club of Point Pleasant (New Jersey) held a very successful Day of Service despite the zero degree wind chills. They wanted to do something for several more of GFWC’s Seven Grand Initiatives, and succeeded with projects that related to Soles4Souls, the Legislative Action Center, and women in the military. Club members joined members of the community in a variety of service projects at their clubhouse. Projects ranged from simple collections of various items to more involved hands-on projects. Projects included: food collection for poor, collecting shoes for Soles4Souls, collecting linens for the pet shelter, writing valentine notes to women in the military, making blankets for CASA, creating tray favors for nursing home, Capes 4 Kids, Legislative Action Center, making birthday bags and collecting used cell phones for domestic violence shelters, crocheting squares for an afghan, distributing directions for preemie hats and stocking for soldiers. 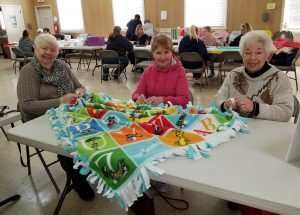 The Woman’s Club of Loudon (Virginia) adopted March of Dimes’ new self-care kit project. They completed 102 kits in one night! The project was a hit and simple to complete. 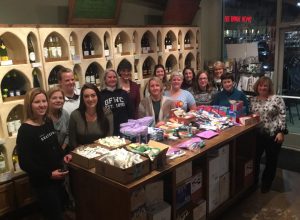 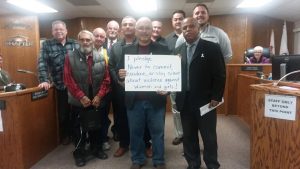 The GFWC Auburn Junior Woman’s Club (Massachusetts) delivered food to the Auburn Mass Fire Department and the Auburn Police Department. Both establishments were extremely thankful to be thought of by the club on the day of service. Later that night the club attached tags that said, “Take me if you need me. What happens to you, matters to us,” in English and Spanish to hats, mittens, scarves, and blankets as part of our Warm Hands, Warm Hearts Project. Volunteers braved the cold last night to distribute these items downtown. 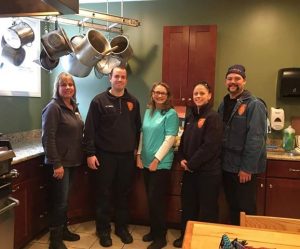 The Batesville Junior Woman’s League (Mississippi) began their MLK Day of Service at the assisted living home, conversing the residents and putting up handmade snowmen on all of their doors.  They also dropped by the fire station with fruit and muffins for the firefighters on duty as a little thank you for all they do for the community. Their last project was Pick up Panola. Trash has become a sore spot in their community, so they spent the next few hours picking up trash in three different areas of the county. 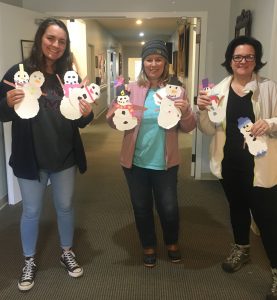 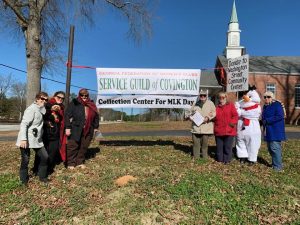 The GFWC Seward Woman’s Club (Nebraska) donated gently used purses and items to fill them, including bottled water, tissues, feminine products, shampoo, lotion, wet wipes, gum, raisins, granola bars, toothbrushes and toothpaste, Band-Aids, socks, mittens, and hand warmers. The club had read that a purse is one of those private things that a woman has just for her, and many times that is lost or set aside during homelessness. They handed the purses out to homeless women because to have that small gift with needed items helps them claim a piece of themselves often lost during their journey. 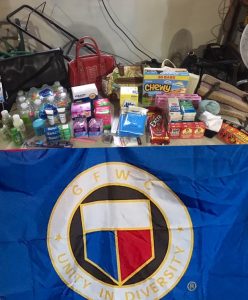 The GFWC High Springs New Century Woman’s Club’s (Florida) project was “Bunnies, Books, and Bandages.” They collected children’s books to be donated to two local daycare centers and created bunnies out of washcloths for the children to read to. They also sewed Operation Smile bandages, which are splints used to prevent children from bending their arms after receiving facial surgery. 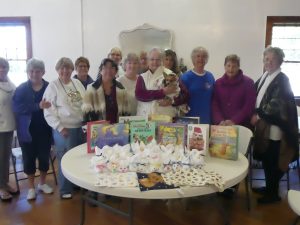 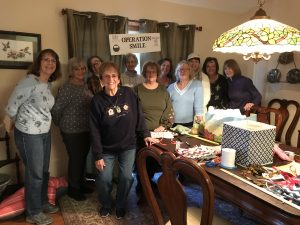 The Dequincy Study Club (Louisiana) provided the Dequincy Senior Center with refreshments, bingo prizes, and lunch to the appreciation of the seniors! 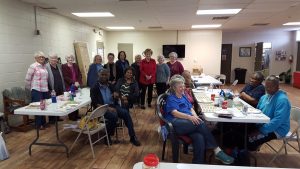 Thirteen members (and one granddaughter) of the GFWC Greater West Palm Beach Women’s Club (Florida) donated cat and dog food, litter, toys, blankets and sheets to the Peggy Adams Animal Rescue League. They also toured the facility and learned that they offer portable vaccine clinic for the community, do 60 planned surgeries per day, and have a nursery to bottle-feed. The 141 volunteers and staff are 80 percent women, and greeted the club with a smile during their hour tour.

The GFWC Erwin Monday Club (Tennessee) resupplied the Little Lending Libraries which were placed around Erwin by last year’s Chamber of Commerce Leadership Class. These little “libraries” are boxes placed around the community to promote reading by allowing people to easily access books and to share them with others. The idea behind the project is that readers will “take a book and leave a book,” thus keeping the boxes supplied. Over time, the books are recycled so that others can read, but since some of the books do not get returned and because avid readers may have read all of the available books, the Monday Club saw a need for the Little Lending Libraries to be restocked. Club members donated books, either pulling them from their own libraries or purchasing them. Then on MLK Day of Service, they went in teams to restock the boxes. The books placed were selected to appeal to young children, teens, or adults, including fiction and nonfiction, self-improvement, how-to, and devotional books. Hopefully there’s something for everyone! By promoting reading throughout the community, the club hopes to help in the fulfillment of MLK’s dream of embracing the goal of true education: intelligence plus character. Reading allows all people access to a larger world of ideas. The quote on one of the library boxes says, “Reading does for your mind what exercise does for your body.” 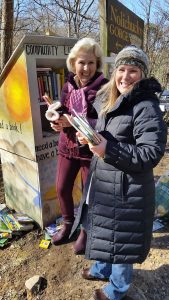 Check back next week for our final round of MLK Day of Service success stories!