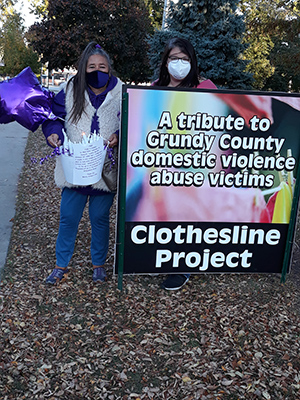 To raise awareness about domestic violence, members of the Morris Woman’s Club (Illinois) requested funds from the Justice Assistance Board to purchase 200 electronic candles and batteries. A note was attached, with purple ribbon, asking recipients to place the lit candles in their windows on October 22. The candles, along with purple ribbons to wear, were handed out during a shoppers’ night out during the weekend before.

Donations received from shoppers were given to Groundwork, a division of Guardian Angels, which assists survivors of domestic violence in a variety of ways. Yellow t-shirts, with messages about domestic violence painted on them (such as “Love Shouldn’t Hurt”), were hung on a clothesline between trees on the courthouse lawn every day from 7 a.m. to 7 p.m. for seven days.

Miami-Dade State Attorney Katherine Fernandez Rundle, who brought this project to the club’s attention was instrumental in creating this save haven. She has made strengthening laws against human traffickers her top legislative priority. The Miami Womans Club was proud to be able to donate $10,000 to the Camillus House for Project Phoenix.

The GFWC Woman’s Club of West Deptford (New Jersey) has worked closely with Services to Empower the Rights of Victims (SERV), a local organization to support survivors of domestic violence.

When SERV requested personal supportive letters for survivors, club members eagerly participated. In a few weeks the club collected more than 50 “Dear Beautiful” letters. Some were written on purchased cards but many were written on lovely, handmade cards. The letters encouraged the survivors and told them how brave they are to seek help. The workers at SERV were very appreciative of the club’s efforts.

In addition to the cards, the club helps SERV in other ways. One club member is a trained domestic and sexual violence volunteer. Due to COVID-19, local support for survivors is currently online and by phone, making supportive care much more difficult. Club members are happy to donate whatever SERV needs for its clients, and various items will be collected throughout the year. 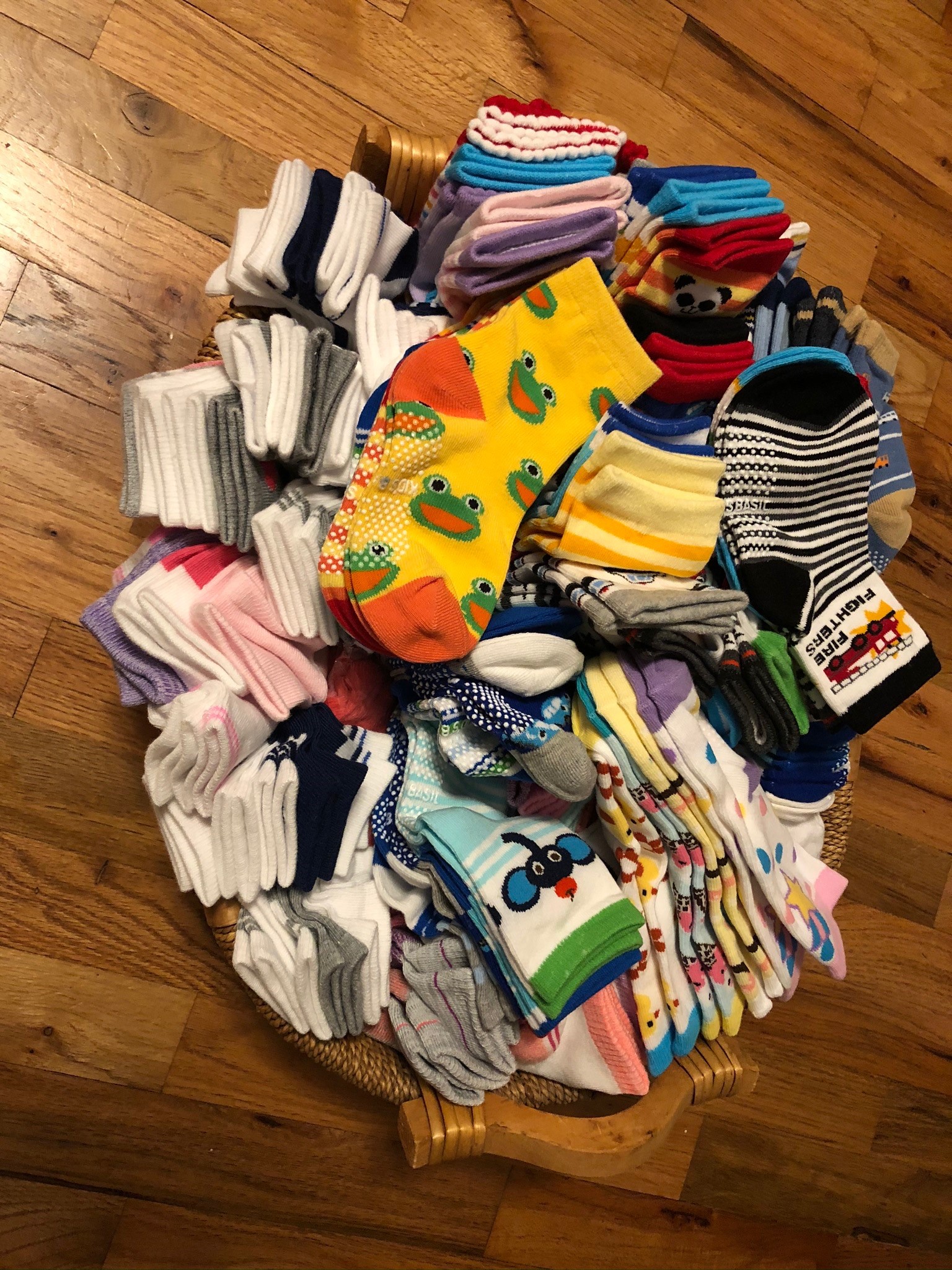 The Oregon City Woman’s Club celebrated Child Advocacy Week by collecting 192 pairs of colorful gripper socks. These socks were donated to Randall Children’s Hospital in Portland, Oregon to lift up the spirts of the children and let them know they are loved!