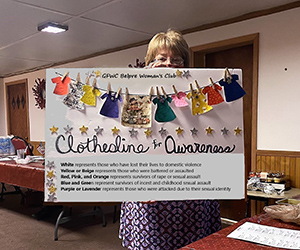 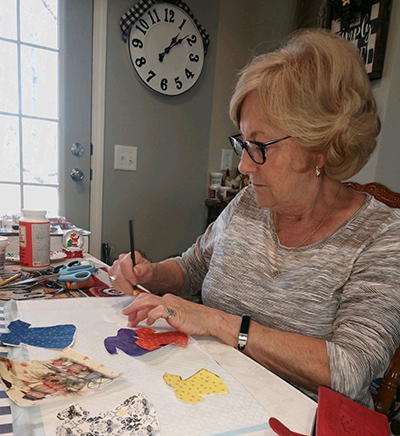 Some communities that have operational domestic violence shelters displayed shirts of different colors on clotheslines to observe Domestic Violence Awareness Month in October. GFWC Belpre Woman’s Club created their own “Clothesline of Awareness” project to display at a local business.

The colors had different meanings: white represented those who lost their lives from domestic violence; yellow or beige those who have been assaulted; red, pink, or orange survivors of sexual violence; blue and green survivors of incest and childhood abuse; and, purple or lavender those who have been attacked because of their gender identity. Club members followed social distancing guidelines while working on the project. 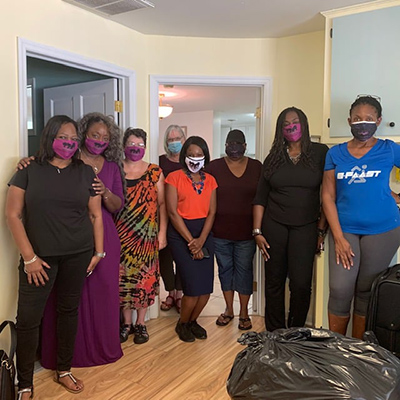 The GFWC sisters of Service Woman’s Club, Inc. in Tallahassee, Florida hosted a donation collection drive in recognition of Domestic Violence Awareness Month for the local violence shelter, The Refuge House for Women and Children. The club collected cosmetics, toiletries, clothes, children’s items, and numerous other requested items that the Refuge House needs more of since their client base has increased because of COVID-19.

On Facebook, the club and its members shared daily statistics and facts pertaining to domestic violence. On Domestic Violence Awareness Day, October 22, 2018 the Club President, Vanessa J. Moore, who is a survivor of domestic violence held a “Survivor Speaks” Zoom/Facebook Live event to reach out to others who may be in an abusive situation and feel hopeless. The purpose was to raise awareness about the resources that are available to women, men, and children who need help. 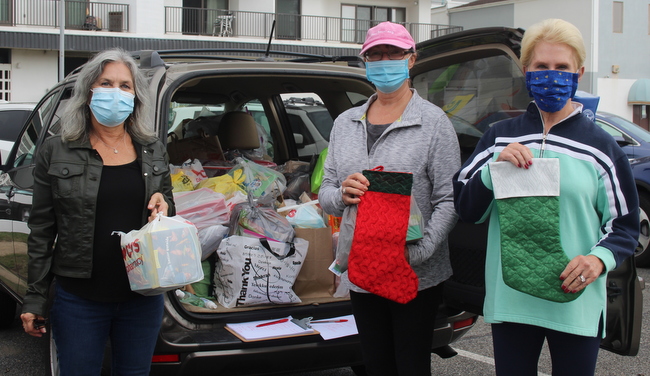 The Village Improvement Association of Rehoboth Beach recently completed their drive for items for stockings for soldiers. Stockings for Soldiers–Delaware, Inc. has been making stockings for troops deployed in Iraq and Afghanistan since 2004 and the Village Improvement Association has been a participant every year. Seven shopping carts of items were delivered to the headquarters in Wilmington. Bonnie Burslem, Susie Dominguez, and Mary Ann Warner chaired this event. Pictured in the photo on collection day are L to R:  Karen Dettwyler, Mary Beth Dockety, and Carol Kless. 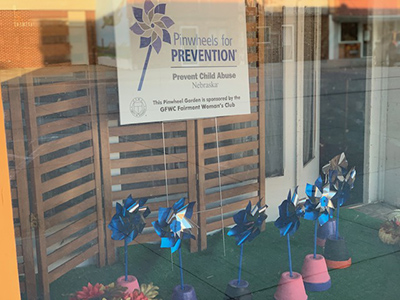 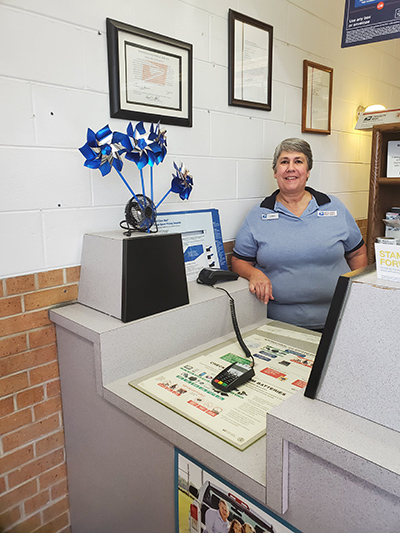 As a member of the Fairmont Woman’s Club of Nebraska, Donna Lefler distributed almost 60 blue and silver pinwheels to local businesses in Fairmont, Nebraska.  The businesses displayed these pinwheels in their windows to help raise awareness for Advocates for Children Week.