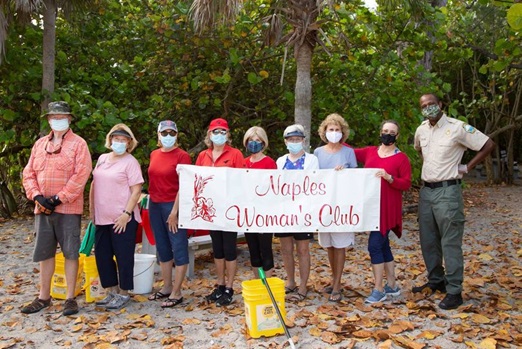 In keeping with the theme Restore Our Earth, members of the Naples Woman’s Club (Florida) organized a beach clean-up day on Earth Day, April 22. The club’s Environmental Committee volunteered their time to clean up the beaches at Delnor-Wiggins Pass State Park in North Naples, Florida.

The park’s Board President, Kathy Foster, and Park Manger Terrance Torvund had everything ready to go for the group of volunteers as they set out to clean up one of the many beaches along Florida’s west coast. Many volunteers from the club joined together to make the beaches and ocean a little cleaner one piece of trash at a time. The day was a huge success!

The Naples Woman’s Club Juniorettes also organized a beach clean-up day of their own on April 23. 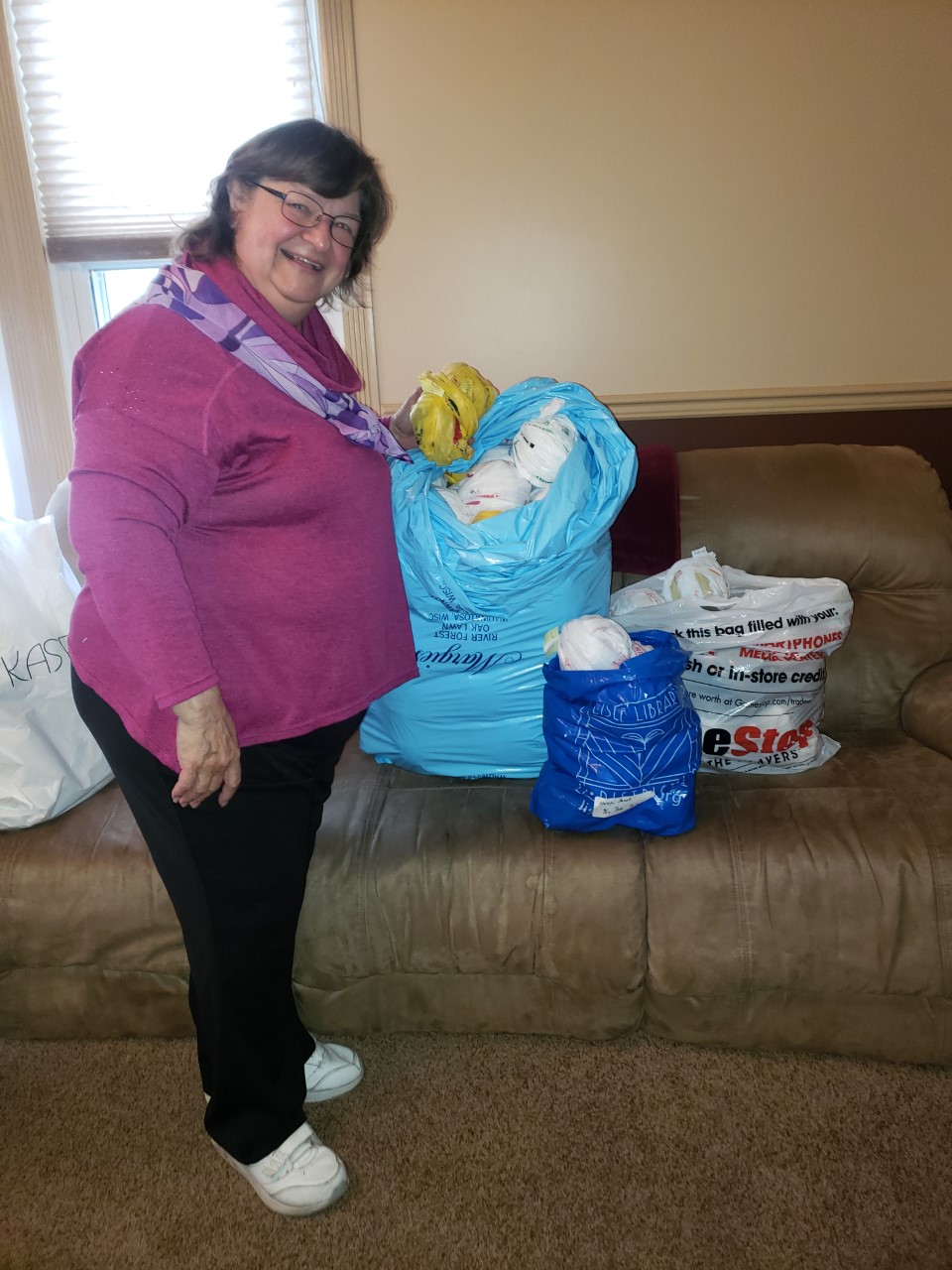 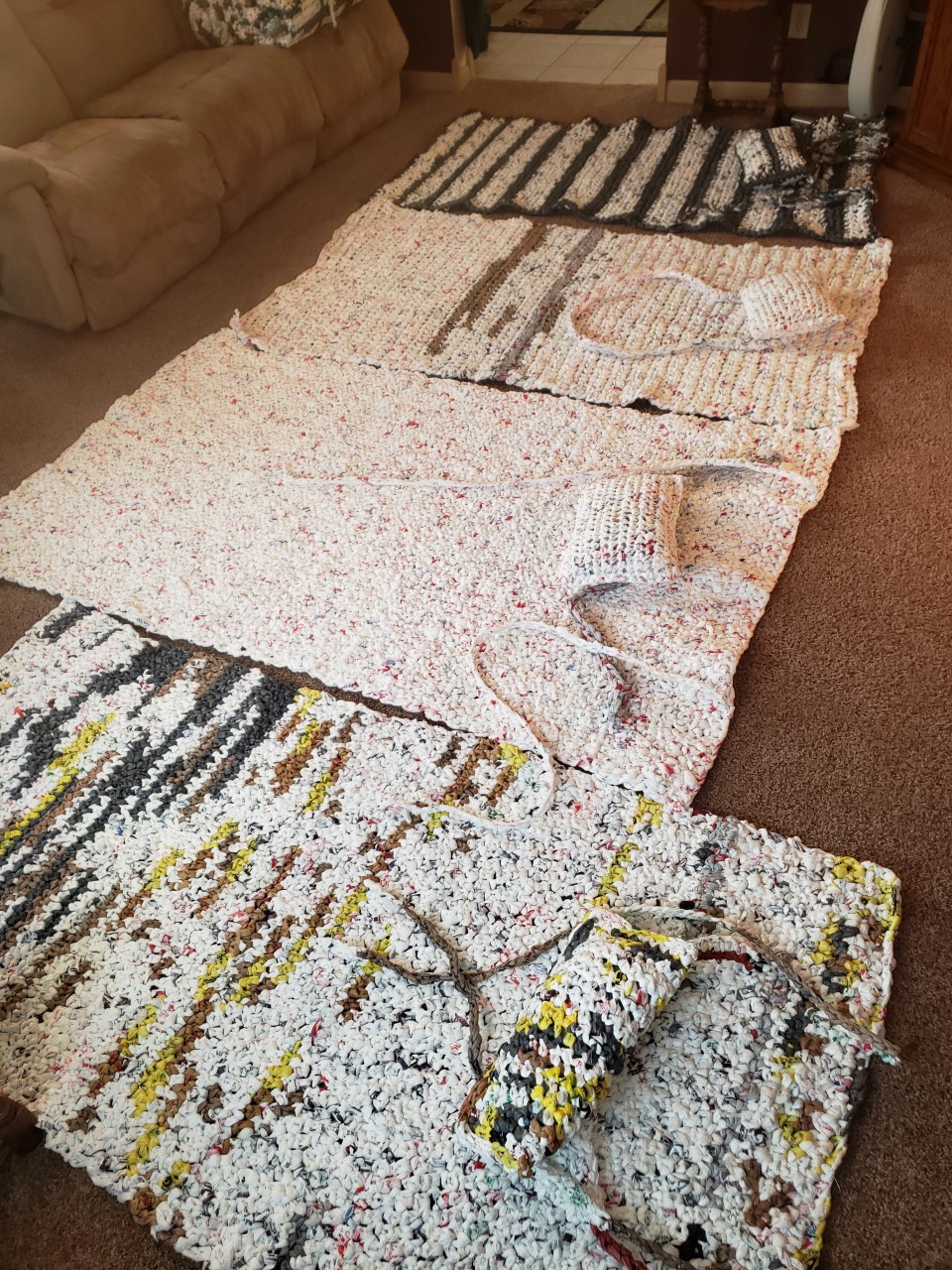 Lisle Woman’s Club (Illinois) member Bea Fodor had no idea what she started when she offered to collect plastic bags and deliver them to a group in Peotone, Illinois, that was taking bags and turning them into mats for people without homes.

In total, 2,871 plastic bags were collected by the club and made into balls of plastic yarn, which were then donated to the ladies at Christ Community Church in Peotone. These women then set to work crocheting the plastic into mats to put under sleeping bags. The handles from the bags were used as stuffing for small pillows attached to the mats.

The mats will go to three mission outlets in Illinois, where people without homes can pick them up.

Many club members participated in this project by collecting and dropping off plastic bags and making the plastic yarn balls. 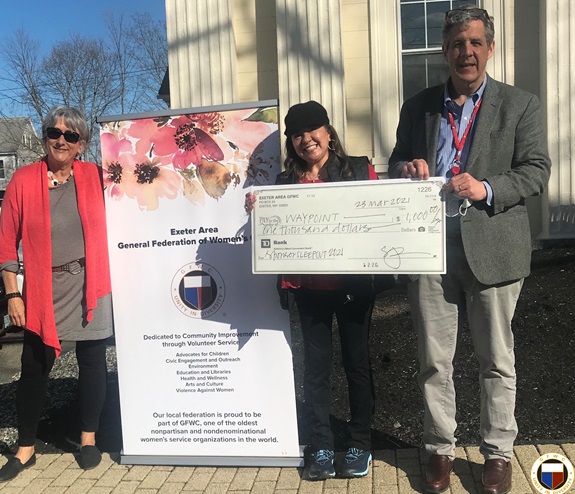 Exeter Area GFWC (New Hampshire) presented a donation of $1,000 to Waypoint, a critical non-profit provider of resources and services to families in need. Funds were raised through their annual SleepOut21 event designed to end youth homelessness in New Hampshire. Eight club members who participated in SleepOut21 raised an additional $675. Additionally, all funds raised were matched by a generous anonymous donor, bringing the total donation to $3,350. Waypoint, formerly known as Child and Family Services, has been advocating for and servicing New Hampshire for more than years. Exeter Area GFWC members said they are dedicated to enhancing the lives of others in Exeter and surrounding communities through volunteer and charitable services. 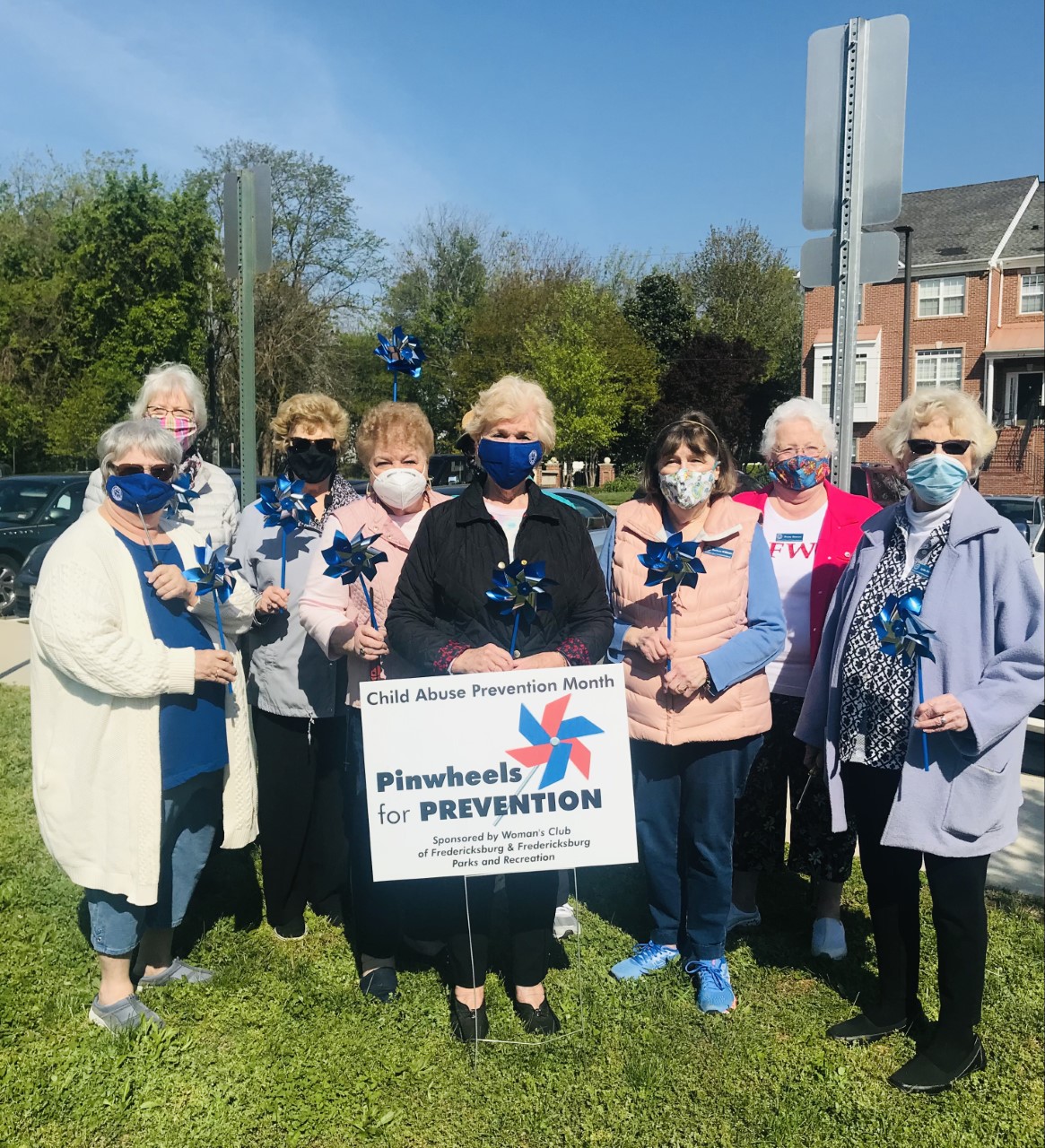