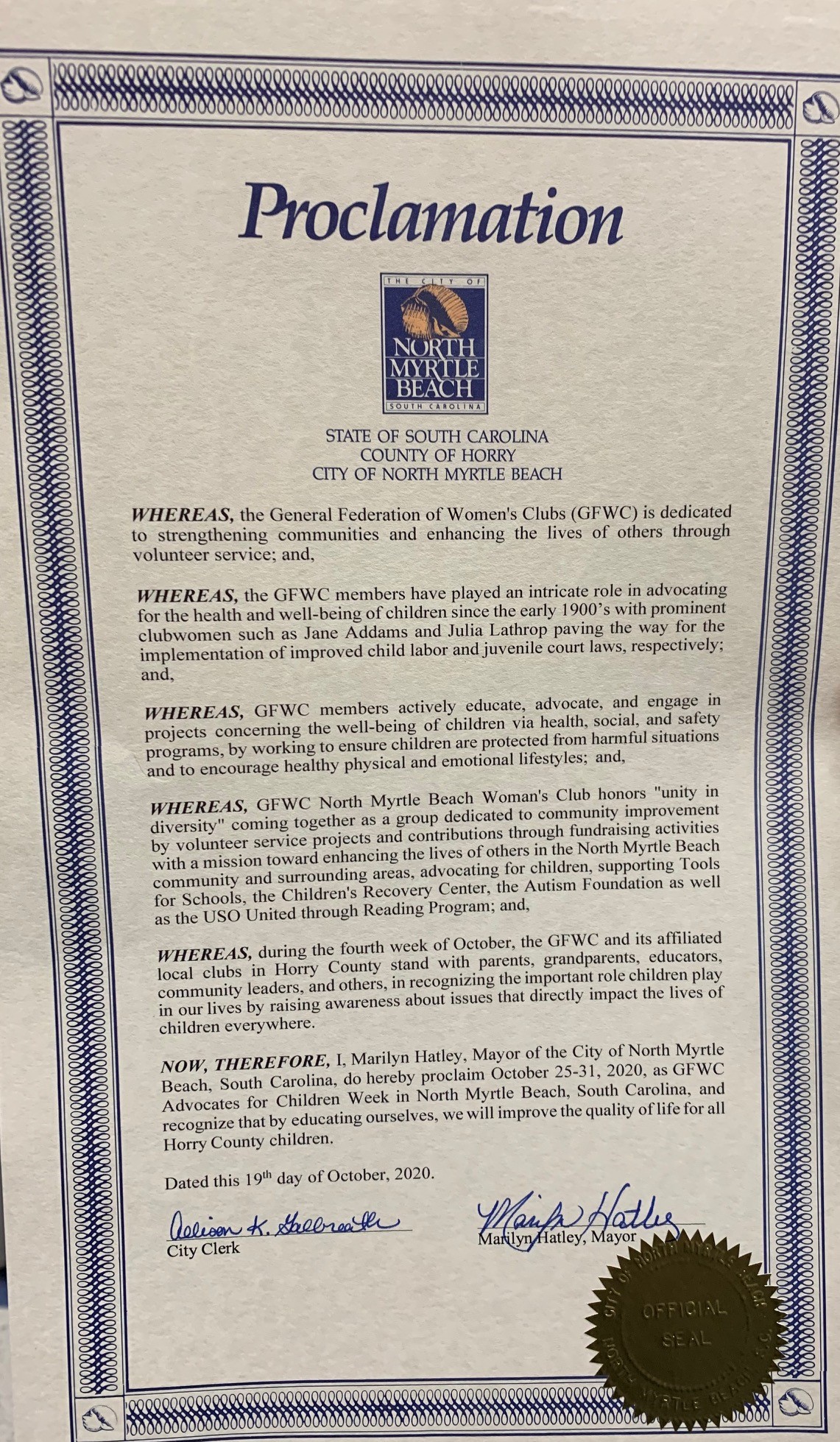 The City of North Myrtle Beach issued a proclamation for this week, Advocates for Children Week.

The North Myrtle Beach Woman’s Club advocates for children by supporting Tools for Schools, Children’s Recovery Center, the Autism Foundation, the USO United Through Reading Program, and more. Each year, GFWC and its clubs in Horry County stand with parents, grandparents, educators, community leaders, and others to raise awareness about issues directly impacting children. 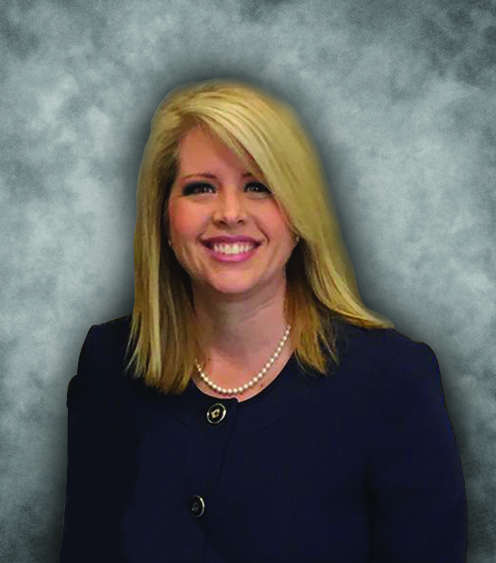 The GFWC Papillion Junior Woman’s Club featured a Sarpy County Election Commissioner as their October speaker. The Commissioner’s presentation was informative and addressed many concerns, including those that Nebraska voters have had about voting by mail. She assured everyone that every signature on the ballot request form is verified against the signature on the registration form in the database. If the signatures do not match, the voter is asked to come into the office and sign the vote by mail request again. Voter lists are kept up-to-date on a daily basis by checking the obituaries in the local newspapers. The Nebraska Secretary of State sends the election offices around the state the list of the death certificates that have been filed. She stressed that that ballots be mailed at least a week ahead of Election Day because of state deadlines. Sarpy County also has seven official ballot drop boxes. 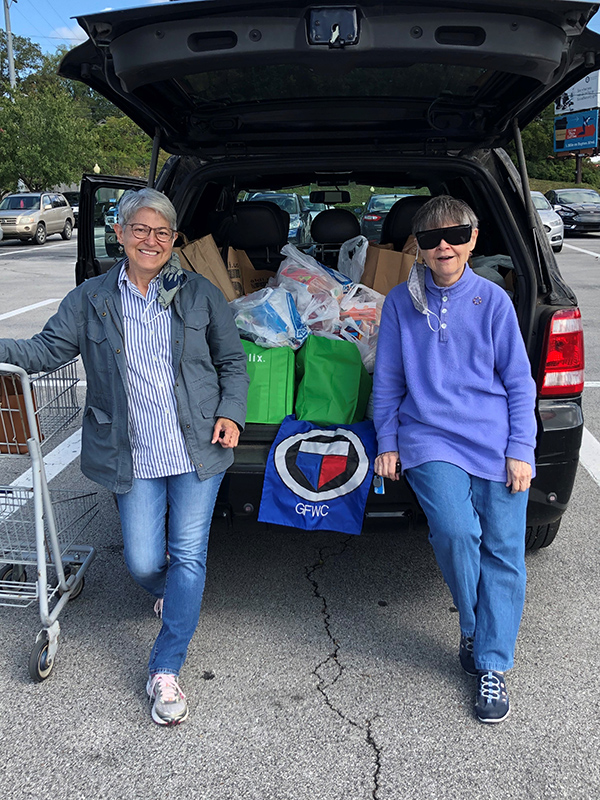 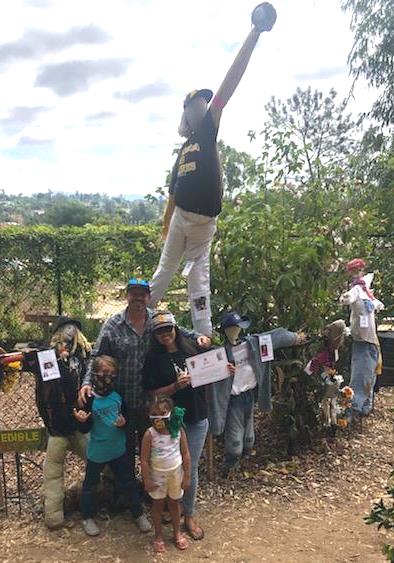 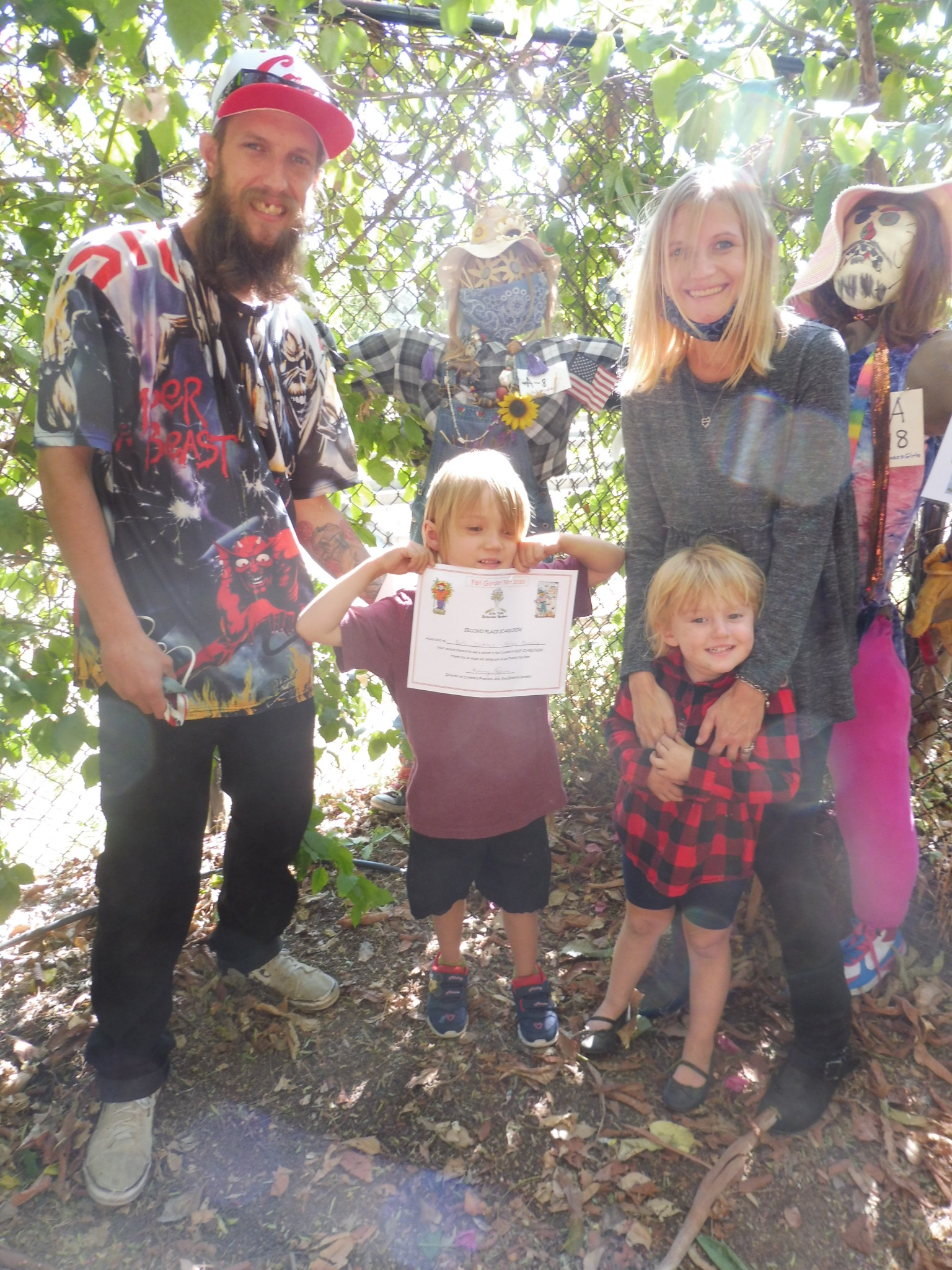 The Woman’s Club of Vista held its 12th Fall Garden Fest at Alta Vista Botanical Gardens in Vista, CA. With 450 people in attendance, implementing local social distancing guidelines, it was a successful event during challenging times. As tradition, the event included a scarecrow contest; this time, participants (33) just had to construct their scarecrows at home. First prize went to the South Family for their tall scarecrow depicting San Diego Padres’ Fernando Tatίs, Jr. reaching for a fly ball. The Souths chose a family membership to Alta Vista Botanical Gardens for their prize.

This year’s Scarecrow Contest was sponsored by businesses, families, and individuals who donated to the Alta Vista Botanical Gardens. Ads for these sponsors will be posted on the scarecrows all year. Membership in the Gardens has doubled during the last seven months; local families are appreciating the wide-open views, plants, art, and water features. 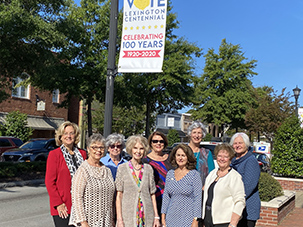 The Town of Lexington voted to fly “women’s vote” flags designed by the Lexington Woman’s Club (South Carolina) until the November 2020 General Election. This decision by town council extends the celebration of the 100th Anniversary of the 19th Amendment on August 26 through November. The club is grateful that the town council is recognizing the 100th birthday of women’s right to vote for an extended period of time.