The Women’s Club of Madison (Connecticut) 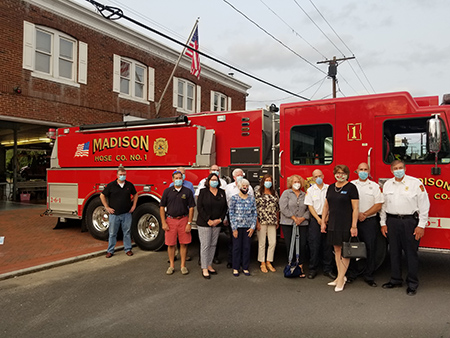 The Women’s Club of Madison (Connecticut) made a $3,000 (yearly disbursement) to fire departments and EMS Services to help buy 12 sets of personal protective equipment. The protective equipment allows for quicker response time and faster care for victims. The Chief of Madison Hose Fire Department displayed prior club donations for everyone to see. He explained the “jaws of life” were donated by the club in the 1970’s. The infrared camera, allowing firefighters to locate people needing help within the fire, was donated by the club is the 1990’s! Members of the Women’s Club of Madison have been doing great work for many years! 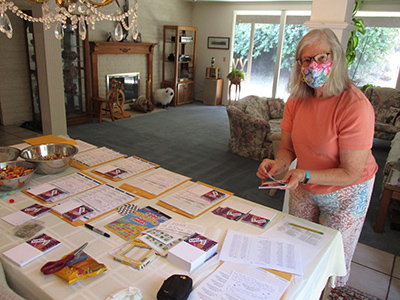 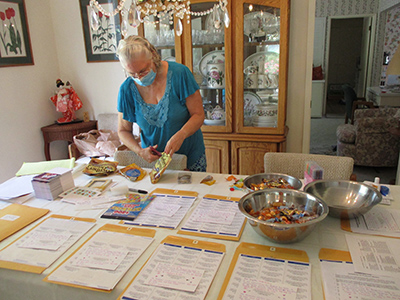 Darleen DeMason and Tinka Friend co-chaired a voter support project to help the Center for Common Ground assist voters in states with voter-suppression obtain the opportunity to vote. Reclaim our Vote is the Center for Common Ground’s non-partisan voter outreach campaign; it involves recruiting volunteers to handwrite postcards to those who may have been removed from their state’s voter files but are likely unaware of this.

Fourteen Riverside Woman’s Club members and friends volunteered and wrote and addressed more than 400 postcards to York County, South Carolina. Darleen and Tinka obtained the project materials, trained participants, and picked up the completed postcards to be stamped and mailed. The entire project was completed within the two week window. 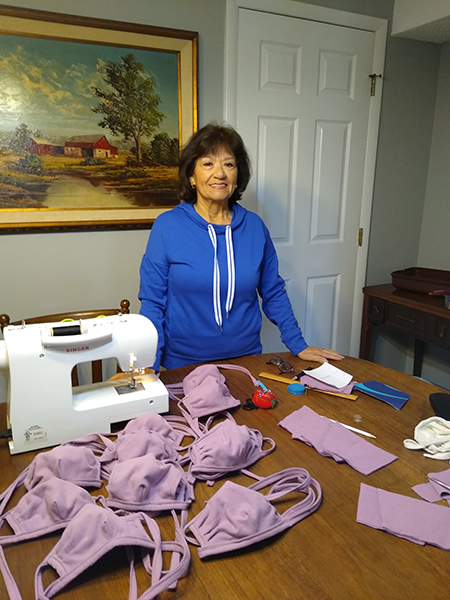 The Woman’s Club of Danbury/New Fairfield started a face mask project in March in response to requests from local health care agencies and facilities. Twenty-two members have participated in this project. More than 1,800 masks have been sewn and distributed to the Regional Hospice, Ability Beyond, Greater Danbury Community Health Center, Women’s Center, area churches, nursing homes, and senior centers. Members donated more than $500 to purchase materials to make the masks; the remainder will be donated to purchase fleece for the club’s no-sew blankets project.