The Plastics-Free Initiative Coalition, also known as the Florida Plastic Free Coalition, now has a website: www.plasticsfreeinitiative.org. The Woman’s Club of Coconut Grove established the Florida Plastic Free Coalition to minimize the amount of plastics collecting on Florida’s shores. This website is part of an awareness campaign to educate the public, provide information on environmental news, upcoming events, outreach, and committees. The Woman’s Club of Coconut Grove founded this program 2018-2019 to encourage businesses, organizations, and concerned Floridians to:

(1) reduce or ban, where possible, the use of single-use plastics.

(2) organize a grassroots coalition to develop educational programs and materials for Miami elementary and secondary students, as well as other community members.

(3) implement Surfrider’s Ocean Friendly Restaurants Program as a grassroots business approach to reduce pollution and to promote goodwill with our merchants to use eco-friendly alternatives. 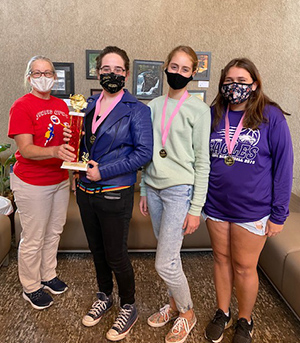 The event featured a round robin “practice rotation” in the morning. The morning contest featured three divisions: large, medium, and small school. In the afternoon, a single-elimination tourney was held, with the schools seeded by the three sizes and seeded based on number of winning rounds in the morning, point total, and highest individual score. The two top winning teams each received a trophy with the champion team members each receiving a special individual medal. GFWC Seward Woman’s Club hosted a pizza lunch. 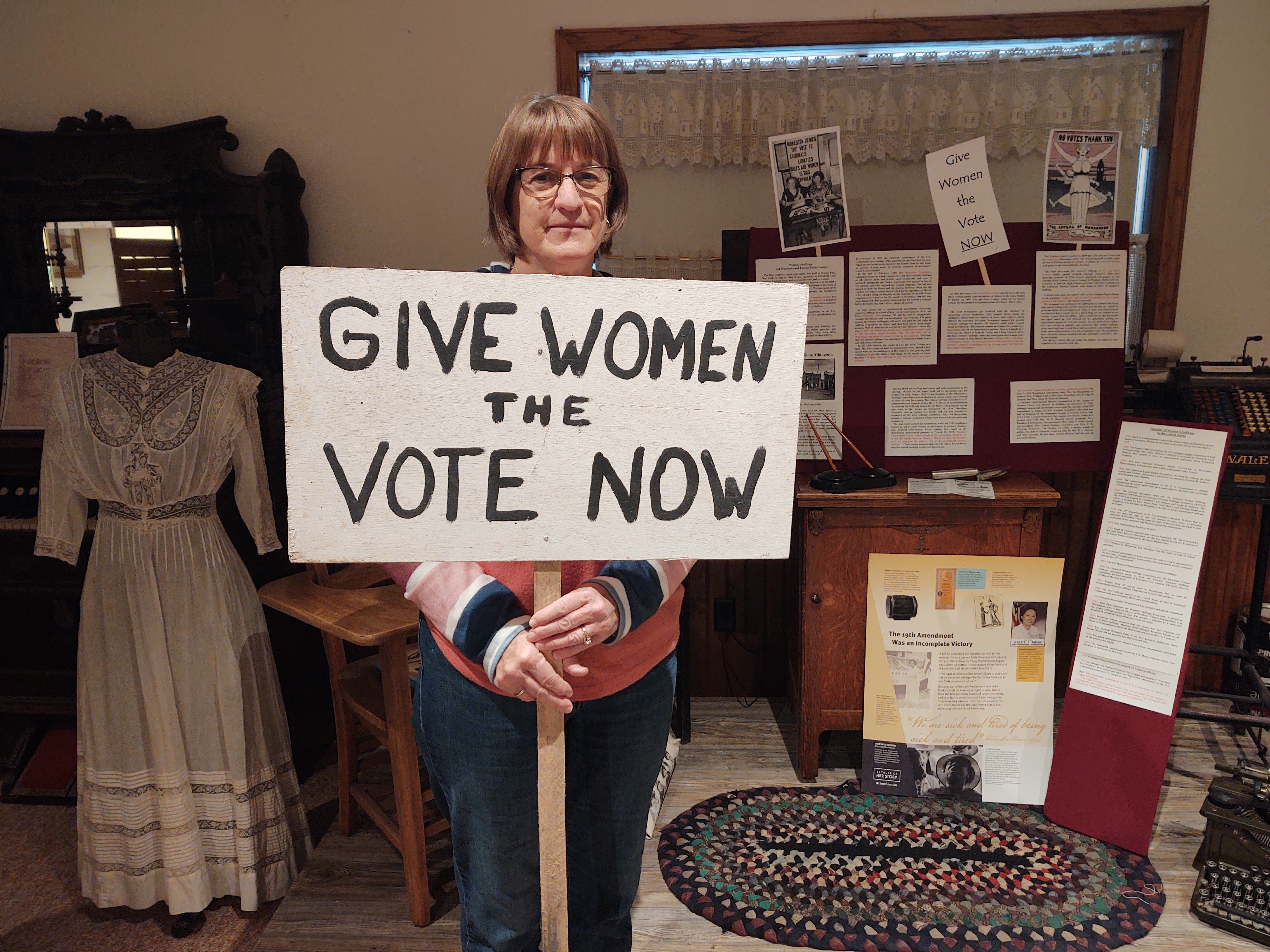 Members of the Madison Study Club met at the Lac Qui Parle County Museum for a recent meeting.

As an employee at the museum, club member Rachel Croatt worked with other museum staff to put together an exhibit highlighting women’s suffrage, the 19th Amendment, the temperance movement, and stories of local women. Rachel gave the program presentation about the history of various women’s clubs in the county. She also had a scavenger hunt to aid club members in exploring the exhibit. Members also each received an “I Will Vote!” pin. 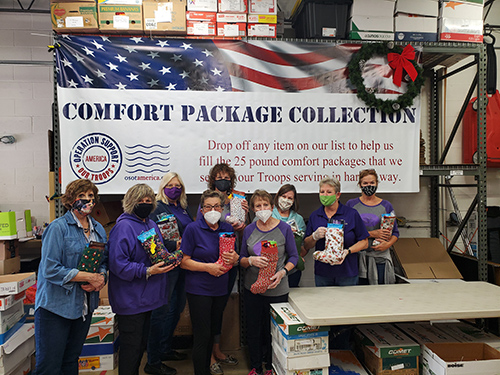 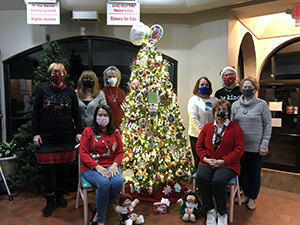 The GFWC West Side Woman’s Club (Pennsylvania) sponsored a Christmas tree for the Dinner for Kids program as a part of the annual Parade of Trees at Grotto Pizza at Harvey’s Lake. Dinners for Kids, was established to fight childhood hunger and food insecurity throughout the Wyoming Valley of Northeastern Pennsylvania.

This Parade of Trees will be on display through December 31 for visitors to vote! The club’s tree is decorated with handmade items—paper snowflakes and salt clay- molded ornaments of food (pizza, turkey legs, watermelon, spaghetti, and gingerbread men), along with pictures of children enjoying a meal.  The tree is topped with a Chef’s Hat and sign depicting that many community helping hands make the program possible. 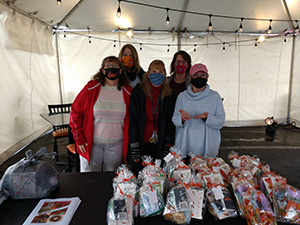 Connections to those serving with us is more important than ever during the pandemic. The Woman’s Club of Fairfax has instituted a gal pal program to give members “a buddette” to provide thoughtful encouragement, as well as make sure the club’s Sunshine Committee keeps the cards and notes flowing. The club also organized a “Drive-By Dues” event at a local restaurant, Dolce Vita, the perfect opportunity for ladies to get a thoughtful little gift bag of kindness and to drop off supplies and donations for various upcoming club projects.

In addition, the club presented gift bags to the Fairfax City Police Department in appreciation of their service to the community. Cards were collected for the Salvation Army, hats for Ellie’s Hats, items for stress kits for PRS, Inc, and more. Yvonne Sening was presented the Volunteer of the Year award at the event.